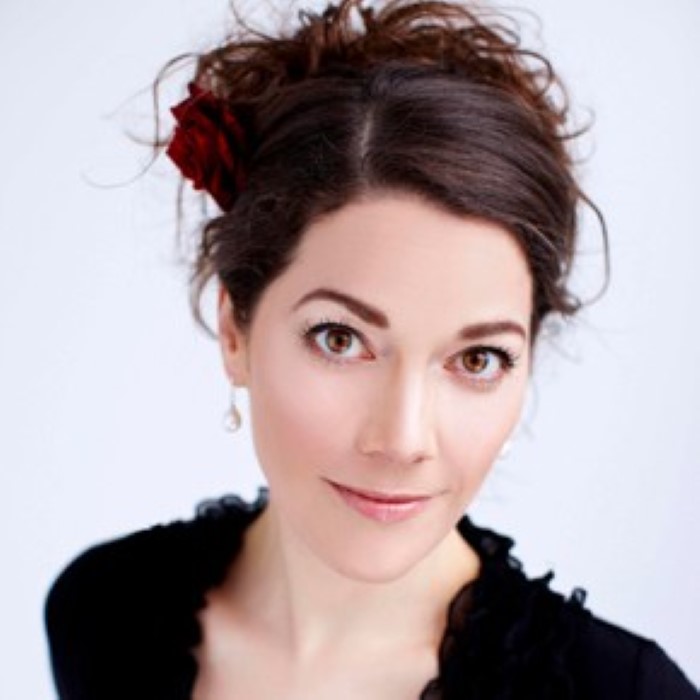 Quebec soprano Hélène Guilmette was born in 1977 in Montmagny. She comes from a music-loving family, her mother being a soloist in a choir. She studied piano from infancy with her mother and then with a particular tutor. She participates in musical holiday camps during her adolescence, where she has the opportunity to perform on stage in musicals. Later, she studied piano at the University of Laval, thinking of dedicating herself to music teaching, and took singing lessons in parallel. She finally decides to devote herself to singing after studying in Laval and will continue her training in New York with Marlena Malas. Her international career really began when she won the second prize at the very prestigious Queen Elisabeth International Competition in Brussels in 2004. Later, she made her La Monnaie debut in Mozart's The Magic Flute. of Pamina, and returns there a few months later in Werther de Massenet in the role of Sophie. The same year, she started at the Paris Opera in Mélisande in Ariane and Dukas' Bluebeard. She is comfortable in a fairly extensive repertoire. Nevertheless, French opera, especially Poulenc, has a prominent place. Thus, among her most celebrated roles are Thérèse in Poulenc's Mamas de Tiresias at the Opéra Comique and at the Opéra de Lyon during the 2010/2011 season, Constance in the Dialogues des Carmélites, which she gives in particular at the Bayerische Staatsoper in 2011, but also Eurydice in Orpheus and Eurydice Gluck in Angers and Nantes the following year. In 2014, she made her debut at the Dutch National Opera in L'Etoile de Chabrier (Princess Laoula). She sang Télaïre in Castor and Pollux de Rameau at the Théâtre du Capitole in 2015. The same year, she plays the title role of Pelléas et Mélisande by Debussy at the Opéra de Lyon and Frasquita in Carmen by Bizet at Chorégies d'Orange. The soprano interprets Andromeda in Lully's Persée at the Théâtre des Champs-Elysées in 2016. She then goes to Glyndebourne to perform Héro in Béatrice et Bénédict de Berlioz. Two Mozartian operas are added to his repertoire during the 2016/2017 season: Don Giovanni (Zerlina) at the Opéra de Montréal and Les Noces de Figaro (Susanna) at Angers Nantes Opera. She also sings Hélène in The Silver Stamp of Saint-Saëns for the Festival Palazzetto Bru Zane at the Opéra Comique in Paris. Hélène Guilmette's 2017/2018 season will include the Dialogues of the Carmelites in March 2018. Communal Theater of Bologna, this time in Blanche de la Force. She will also play Leïla in The Bizet Pearl Fishermen in Limoges in April and in Reims in May. Finally, the Québécoise will sing Eurilla in Orlando Paladino of Haydn at the Munich Festival in July. 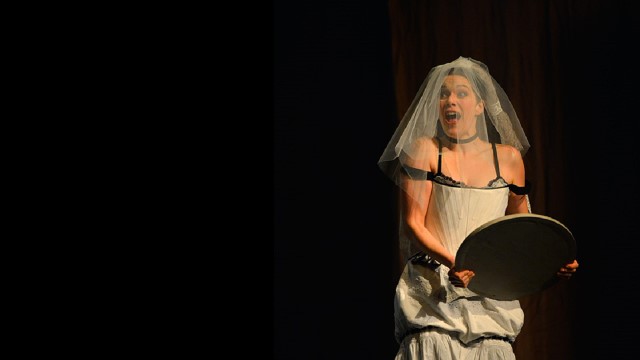