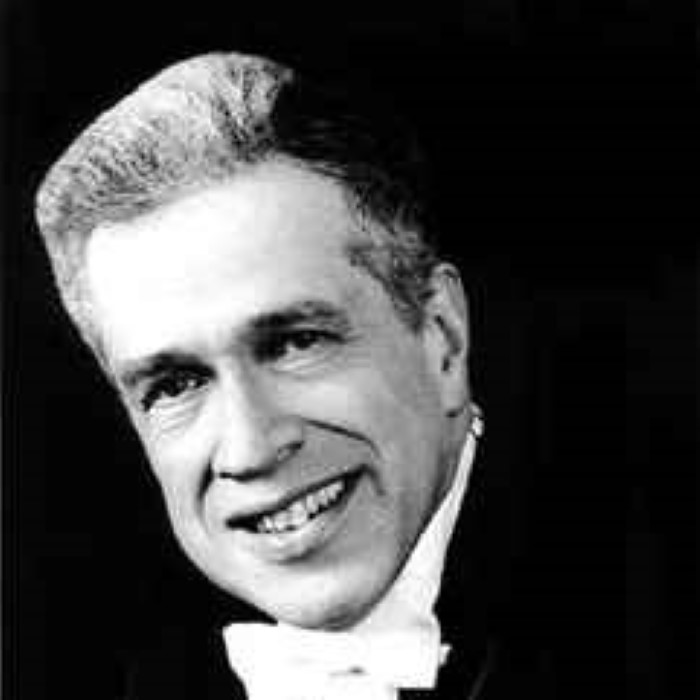 The Swiss-born American organist, conductor and composer, Johannes (Felix) Somary, has established himself in the front ranks of brilliant and masterful conductors, and as an extraordinary stimulating musical thinker and teacher. He was born in Switzerland of American parents, who took him as a child to the USA. He received his musical training at Yale College, getting Bachelor of Arts in 1957. He continued his studies with Quincy Porter and Keith Wilson, receiving Master of Music in 1959.
In 1961 Johannes Somary founded Amor Artis Chorale in 1961, which he conducted in much Baroque music, and continues to be its Musical Director. He was also conductor of the Fairfield County Chorale from 1975, the Great Neck Choral Society from 1982, the Taghkanic Chorale from 1992, and Choirmaster and Organist at the Church of Our Saviour in New York.
Johannes Somary has achieved a prominent international career. He led the USA premiers of Georg Frideric Handel’s Esther in 1961, Theodora in 1963, and Susanna in 1965. He was also a guest conductor in the USA and Europe, conducting such ensembles as the English Chamber Orchestra, New Orleans Symphony, and London's Royal Philharmonic. He has participated in many international festivals including those in Sion, Dubrovnik, Madeira, Israel, and Greece. He has worked with such renowned singers as Elly Ameling, Sheila Armstrong, Maureen Forrester, Ernst Haefliger, Benjamin Luxon, Felicity Palmer, and John Shirley-Quirk, and with such well-known instrumentalists as David Bar-Illan, Garrick Ohlsson, Aaron Rosand, and Dizzy Gillespie.
Johannes Somary taught and lectured at Brooklyn College, the New School of Social Research and the New England Conservatory. From 1971 he was chairman of the arts and music department at the Horace Mann School in New York. He composed orchestral works, choral pieces, songs, and chamber music. His works have been performed in the USA and abroad.
Johannes Somary's discography claims over fifty recordings, including four Stereo Review Record-of-the-Year Awards. Many of his recordings have been re-released on compact disc. The most recent of these re-releases is a disc entitled Russian Favorites for Strings, which includes Tchaikovsky's Serenade in C and works by Arensky, Borodin, and Prokofiev, on Vanguard Classics Ultra Analog. Among his new discs is one on Premier, which features him in his dual role as conductor and composer. This disc is entitled Three Is Company, the name of one of his compositions recorded. He has received critical acclaim for his recent recordings of G.F. Handel organ concertos. In Fanfare it is written: "Somary plays a charming organ...that has a bell-like positif. These organ concertos rival the best versions of Op. 4 in the catalog." Commissioned by the Jefferson Music Festival, Maestro Somary's dramatic cantata Is This Life? was given its premier at the Kennedy Center in Washington, D.C. in June 1994, with Michael Moriarty as narrator. The Washington Post remarked after the performance: "The musical language is attractive, with its myriad texts. From the podium, Somary got results which were right on the mark."
In recent year Johannes Somary was a visiting professor at Columbia University, Sacred Heart University and the College of Mount Saint Vincent. He died the night of February 1, 2011 in Montefiore Hospital in the Bronx. He was 75 and had suffered a stroke in late December from which he never recovered. He is survived by his wife Anne, his children Stephen, Geoffrey and Karen, his brother Wolfgang, his sister Maria, and seven grandchildren.