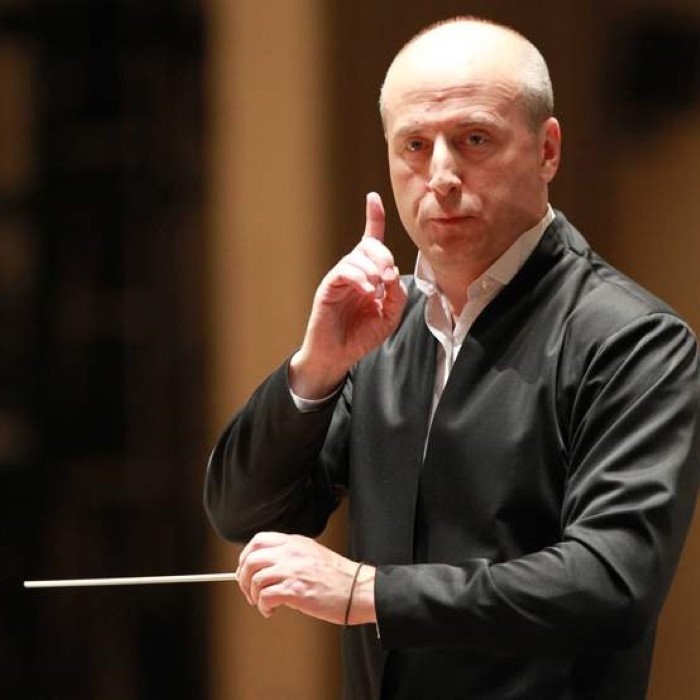 Romeo and Juliet: Complete Suites From (2003)

Paavo Järvi (born 30 December 1962) is an Estonian American conductor.
Järvi was born in Tallinn, Estonia, to Liilia Järvi and the Estonian conductor Neeme Järvi. His siblings, Kristjan Järvi and Maarika Järvi, are also musicians. After leaving Estonia, the family settled in the United States. Järvi studied at the Curtis Institute of Music with Max Rudolf and Otto-Werner Mueller, and at the Los Angeles Philharmonic Institute with Leonard Bernstein.
From 1994 to 1997, Järvi was principal conductor of the Malmö Symphony Orchestra. From 1995 to 1998, he shared the title of principal conductor of the Royal Stockholm Philharmonic Orchestra with Sir Andrew Davis. Järvi was music director of the Cincinnati Symphony Orchestra from 2001 to 2011. The orchestra made a number of recordings for the Telarc label during Järvi's tenure. In May 2011, he was named the orchestra's Music Director Laureate. Since 2004, he has been the Artistic Director of the Deutsche Kammerphilharmonie, Bremen and an Artistic Advisor to the Estonian National Symphony Orchestra. In 2006, Järvi became the Principal Conductor of the Frankfurt Radio Symphony Orchestra,and served in the post until 2014. In 2010, he became Music Director of the Orchestre de Paris, concluding his tenure in 2016, the same year in which he was named Artist of the Year by both Gramophone and Diapason magazines. He has also been appointed Commandeur de L’Ordre des Arts et des Lettres by the French Ministry of Culture and was presented the Sibelius Medal for his contribution to bringing greater awareness of the Finnish composer's music to French audiences. In december 2014, he premiered Karol Beffa's second violin concerto, A Floating World, tribute to Kazuo Ishuguro's novel An Artist of the Floating World.
Paavo Jarvi is the founder and Artistic Director of both the Pärnu Music Festival and the Estonian Festival Orchestra, an ensemble which brings together leading Estonian musicians with soloists from Europe’s top-ranking orchestras. In June 2012, the NHK Symphony Orchestra named Järvi its next chief conductor, beginning in the 2015–2016 season, with an initial contract of three years, which was extended a further three years to 2021. In May 2017, the Tonhalle Orchester Zürich announced the appointment of Järvi as its next chief conductor, effective with the 2019–2020 season, with an initial contract of five years. Järvi first guest-conducted the Tonhalle Orchestra in 2009, and returned in December 2016.
Järvi has recorded for such labels as RCA, Deutsche Grammophon, PENTATONE, Telarc, ECM, BIS and Virgin Records. His Virgin Classics recording of Sibelius Cantatas with the Estonian National Symphony Orchestra, Estonian National Male Choir and Ellerhein Girls Choir won a Grammy Award for "Best Choral Performance".
Järvi has two daughters Lea and Ingrid from his past marriage to the violinist Tatiana Berman. Järvi was featured in the documentary Maestro, directed by David Donnelly.
Jarvi became an American citizen in 1985. 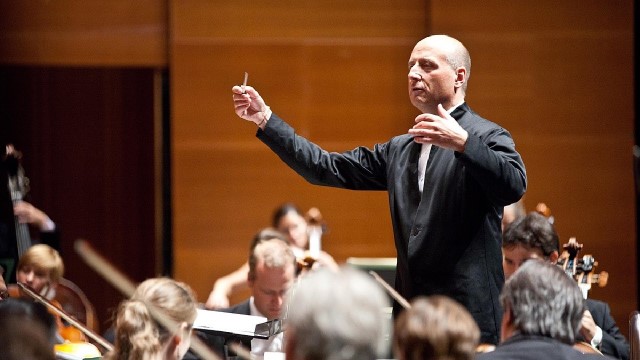