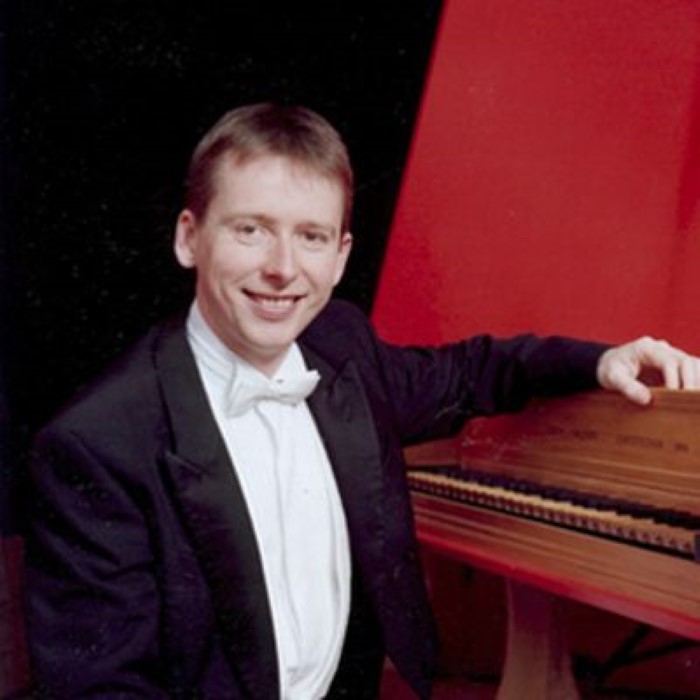 Gary Cooper (born 1968) is an English conductor, keyboardist, harpsichord and pianoforte specialist. He is known as an interpreter of keyboard music for Bach and Mozart and as a historically informed leader in interpretations of Renaissance, Baroque, Classical and Romantic music.
Gary Cooper studied organ and harpsichord at the Chetham School of Music at the John Loosemore Center and organist-researcher at New College, Oxford, where he graduated with honors. In 1990, still a student at Oxford, he co-founded the New Chamber Opera and directed many of the ensemble's performances, including a full recording of Rameau's cantatas and a new production of the rarely played opera Orlando de Haendel at Sadler's. Wells Theater in 20065. Between 1992 and 2000, he was a member of the Baroque ensemble, the Ring Trio, with whom he regularly performed throughout Europe and the United States.
Cooper makes his first recital at Wigmore Hall on December 1, 2000 with the performance of Bach's Complete Well-Tempered Clavier. He then often appears in recital in the UK and on the continent. Several of his shows are broadcast on BBC Radio 3, including the recital at the Cosmo Rodewald Concert Hall in Manchester on November 22, 20048 and at Wigmore Hall on January 29, 2006, at the Mozart Day, with the performance of Mozart's sonatas for violin and piano, with violinist Rachel Podger and broadcast live within the framework of the European Broadcasting Union.
Gary Cooper has directed numerous ensembles such as the Akademie für Alte Musik Berlin, the Irish Baroque Orchestra, the Hanover Band and the English Touring Opera (Mozart, Die Entführung aus dem Serail and Handel, Alcina). He teaches harpsichord and pianoforte at the Royal Welsh College of Music and Drama and the Birmingham Conservatory. He is also a piano teacher at the Royal College of Music.