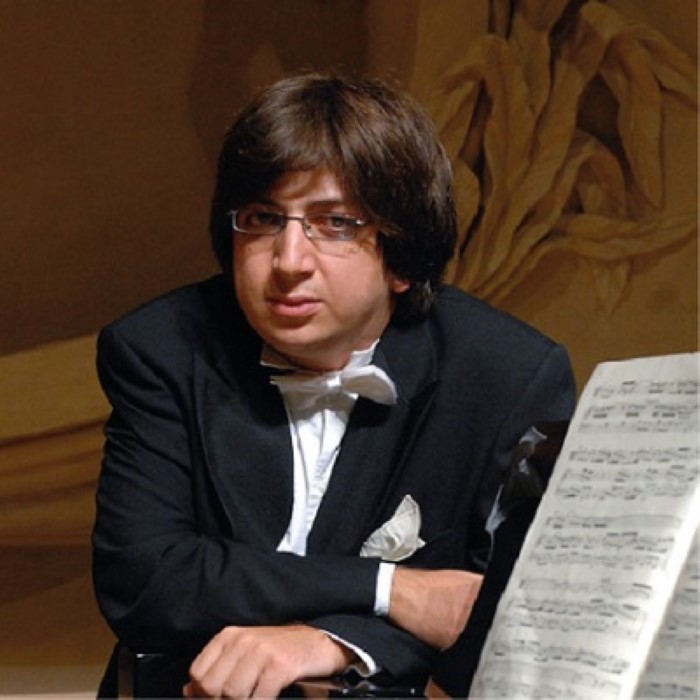 Ramin Bahrami ( Teheran , 27 December 1976 ) is an Iranian pianist .
Born to a wealthy family, he was struck by the music of Johann Sebastian Bach from an early age . With the fall of Mohammad Reza Pahlevi and the advent of the regime of the Ruhollah Khomeyni following the Iranian Revolution , the father Pavi, an engineer of the Shah , was incarcerated under the accusation of being an opponent of the new regime (he died then in prison in 1991) .
His family was forced to emigrate to Europe when he was 11 years old. The intention was to go to Germany (today he lives in Stuttgart ), the original homeland of his paternal grandmother, but the first country that welcomed him was Italy, thanks to a scholarship given to him by Italimpianti following the intervention of Italian Embassy in Tehran.
Found refuge in Italy, Bahrami can study the piano and graduate with Piero Rattalino at the "Giuseppe Verdi" Conservatory of Milan. He deepens his studies at the International Piano Academy "Incontri col Maestro" in Imola and with Wolfgang Bloser at the Hochschule für Musik und darstellende Kunst in Stuttgart.
From this moment the performances are held at the major Italian musical institutions, theaters, seasons and prestigious international festivals. In January 2009 Ramin Bahrami was awarded the "Città di Piacenza - Giuseppe Verdi" Prize dedicated to the great protagonists of the music scene, a recognition assigned before him to Riccardo Muti , José Cura , Leo Nucci and Pier Luigi Pizzi .
The interpretative research of the Iranian pianist is currently addressed to the keyboard production of Johann Sebastian Bach, which still remains his "indisputable" idol. His true veneration for Bach sometimes leads him to judge other great composers in a decidedly provocative way. Thus stigmatizes Bruckner by saying that "in 99 pages he can not say what Bach says in two sides" , and even stating that Mozart composed "the worst basses of all musical literature" .

Bahrami has performed in important piano festivals including "La Roque d'Anthéron", Festival of Uzés, the "Piano aux Jacobins" festival in Toulouse , the Tallin Baroque Music Festival in Estonia and the Beijing Piano Festival in China .
In June 2008 he appeared at the Wigmore Hall in London, in the spring of 2009 his presentation of the Arte del fuga at the " Arturo Benedetti Michelangeli " International Piano Festival in Brescia and Bergamo. In February 2010 he made his debut in Paris with the Goldberg Variations , and in March he held an applauded tour with the Festival Strings Lucerne. In May 2010 the great success with Riccardo Chailly at the Gewandhaus in Leipzig completes the complete Bach concert.
Bahrami has also performed in prestigious Italian venues, such as the Teatro La Fenice in Venice, the Accademia di Santa Cecilia in Rome, where he appeared in the prestigious "Solo Piano", the Rai Auditorium of Turin , the Teatro alla Scala of Milan, where he held a recital in December 2012 and the Teatro Vittorio Emanuele II of Messina in which, on October 25, 2014, he inaugurated the concert season of the local Philharmonic Academy.
On July 20, 2013 he married Marialuisa Veneziano in Rome. 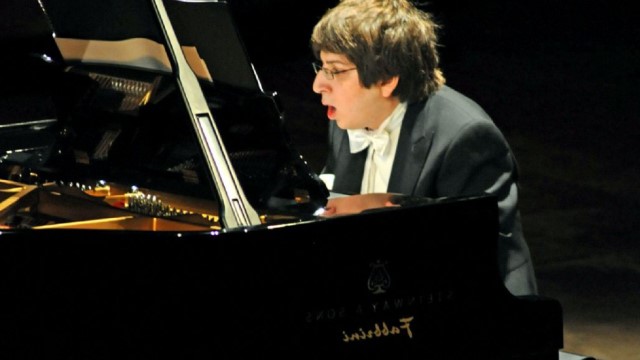