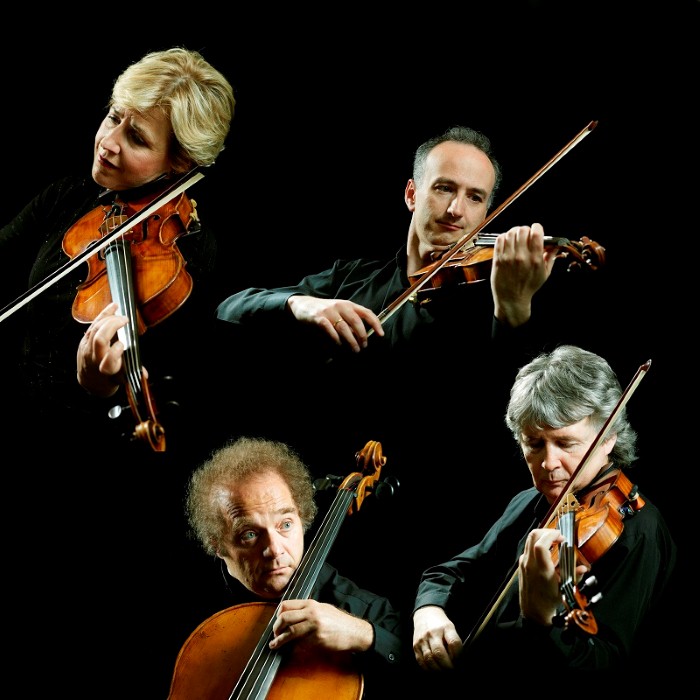 The Takács Quartet is a string quartet, founded in Hungary, and now based in Boulder, Colorado, United States.
In 1975, four students at the Music Academy in Budapest, Gábor Takács-Nagy (first violin), Károly Schranz (second violin), Gábor Ormai (viola), and András Fejér (cello) formed The Takács Quartet. According to their own story, Takács-Nagy, Ormai and Fejér had been playing trios together for several months when they met Schranz during a pickup soccer game after classes. With the immediate addition of Károly to their group the trio became a quartet.
They first received international attention in 1977, winning the First Prize and the Critics' Prize at the International String Quartet Competition in Evian, France. After that the quartet won the Gold Medal at the 1979 Portsmouth and Bordeaux Competitions and First Prizes at the Budapest International String Quartet Competition in 1978 and the Bratislava Competition in 1981. The quartet made its first North American tour in 1982.
In 1983, the group decided it would be best for them and their families if they moved to the United States. A colleague offered them a position as quartet-in-residence at the University of Colorado at Boulder, and they accepted the job.
In 1993, Takács-Nagy left the group, and the British violinist Edward Dusinberre replaced him. In 1994, Ormai learned that he had incurable cancer, and was replaced by another British musician, violist Roger Tapping. Following these changes, the quartet embarked on a successful series of recordings: a cycle of all six Bartók quartets (dedicated to the memory of Ormai, who died in 1995) and a critically acclaimed complete Beethoven quartet cycle, as well as quartets by Smetana and Borodin.
In 2005, following the completion of the Beethoven cycle, Tapping retired from the group to spend more time with his family. He currently teaches chamber music at New England Conservatory. His replacement was Geraldine Walther, an American violist who had up until then been the principal violist of the San Francisco Symphony. The members of the quartet as well as the critics have remarked on how quickly she fitted into the ensemble.
Also in 2005, the quartet became associate artists at the South Bank Centre. In 2006, they released their first recording with Walther, Schubert's Rosamunde and Death and the Maiden quartets to critical acclaim. This was also their first recording with Hyperion Records, after switching from the Decca label. 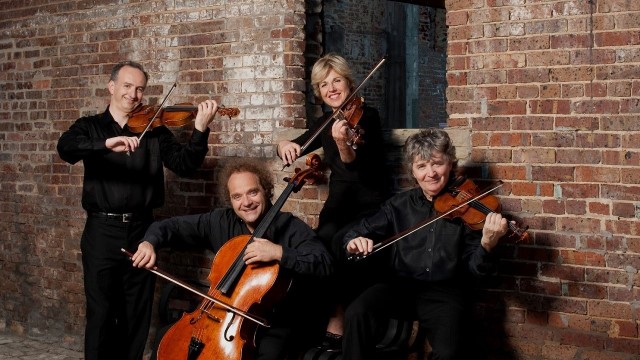