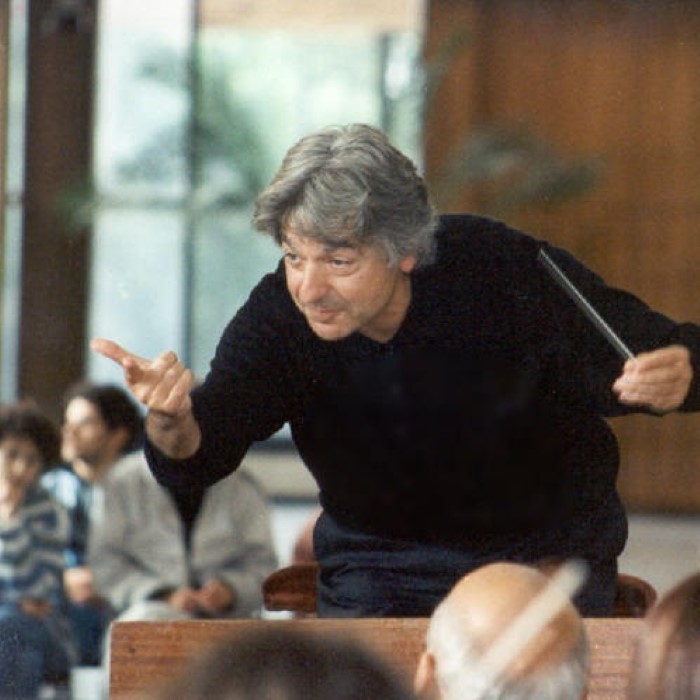 Joshard Daus (1947 in Hamburg ) is a German choirmaster and conductor .
Daus comes from Hamburg , studied at the University of music education and graduated from the Academy of Music and Theater , a music director studies at Wilhelm Brückner-Rüggeberg .
He led from 1976 to 1978, the Municipal Music School Hamm and then became head of the music school in Bremen. Between 1976 and 1996 he also served as city music director in Hamm (director of the Municipal Music Association) and from 1980 to 1997 as head of the concert choir of the Municipal Music Association in Lippstadt. In 1986 he established the Westphalian Music Festival in Hamm .
In 1985, Daus received a professorship for choir and orchestra conducting at the Johannes Gutenberg University Mainz and was until 2012 director of the local Collegium musicum .
From 1990 to 1993 he worked as a choir director with the Munich Philharmonic , a station that was largely due to the collaboration with the conductor and composer Sergiu Celibidache .
in 1978 Daus founded the Brahms-Chor at the Hochschule Bremen and in 1997 the EuropaChorAkademie with young up-and-coming singers from all over Europe, a project of the Johannes Gutenberg-Universität Mainz and the Hochschule Bremen, which is still a central point of his work.
His concert career includes choir rehearsals of the EuropaChorAkademie for other conductors and their projects such as Michael Gielen , Sylvain Cambreling or Kent Nagano . Daus also worked with renowned orchestras such as the Munich Philharmonic , the SWR Symphony Orchestra Baden-Baden and Freiburg or the Royal Philharmonic Orchestra London.
In September 2002 Daus was elected in difficult time to the director of the venerable Sing-Akademie to Berlin , the world's oldest mixed choral association, the since the death of its director Hans Hilsdorf and the return of their lost, priceless valuable (music) archive from the Ukraine ( State Archives of Kiev ) searched for new orientation. Here, Joshard Daus dedicated himself to the recruitment of young singers, the establishment of a chamber choir ensemble ( Zelter -Ensemble) and the premiere of outstanding works from the archive of the Sing-Akademie. In 2006, the cooperation with the Sing-Akademie was terminated by mutual agreement.
Since 2010, Daus has been an honorary professor at the Xi'an Conservatory in China.
His artistic work has been documented in numerous radio recordings, CD and DVD productions. 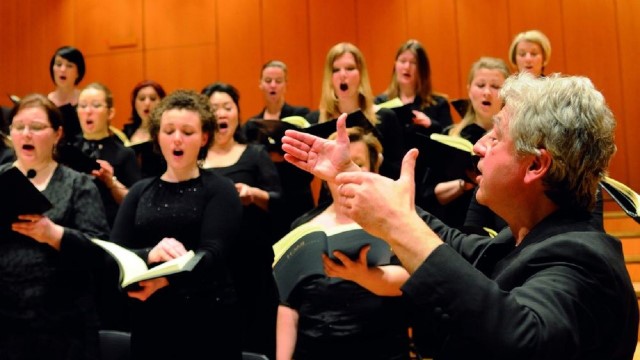