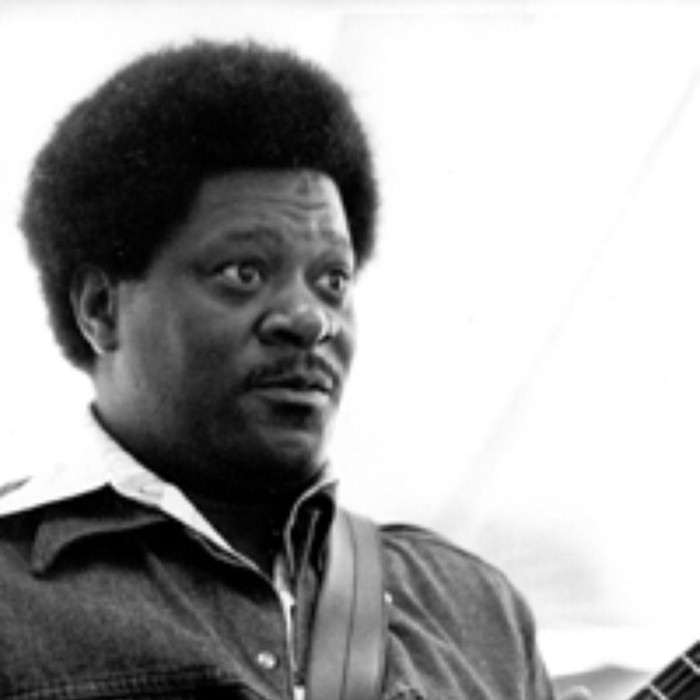 A composer of well known standards such as "Come On" (covered by Jimi Hendrix) and Professor Longhair's "Big Chief", he is an important figure in New Orleans R&B music.

His father, a local piano player, died when King was still a baby, and he was brought up by his mother. With his mother, he started going to church at an early age. In his youth he sang gospel music, but took the advice of a friend to switch to blues to make a better living.

King started to play guitar at age 15. Soon he started entering talent contests at local clubs including the Dew Drop Inn. It was at one of those clubs where he met his idol Guitar Slim. King started imitating Slim, and his presence gave a big impact on his musical directions. In 1954, when Slim was injured in an automobile accident (right around the time Slim had the #1 R&B hit with "The Things That I Used To Do"), King was deputized to continue Slim's band tour, representing himself as Slim. After succeeding in this role, King became a regular at the Dew Drop Inn.

His first recording came in 1953. He released a 78 "Have you Gone Crazy" b/w "Begging At Your Mercy" on Savoy label as Earl Johnson. The following year, talent scout Johnny Vincent introduced King to Specialty label, and he recorded some sides including "Mother's Love" which created a little stir locally. In 1955, King signed with Johnny Vincent's label, Ace. His first single from the label "Those Lonely, Lonely Nights" become hit reaching #7 on the US Billboard R&B chart. He continued to record during his five year stay at the label, and during that time, he also he started writing songs for other artists such as Roland Stone and Jimmy Clanton.
In 1960,

Dave Bartholomew invited King to record for the Imperial Records. At the label, he was backed by host of musicians including Bob and George French, James Booker, and Wardell Quezergue. It was at this label he recorded his signature songs "Come On" and "Trick Bag". The former of which remained a much covered standard for decades especially for Jimi Hendrix, Stevie Ray Vaughan and Anson Funderburgh. The latter has also been widely covered including versions by The Meters and Robert Palmer.

King also co-wrote a number of songs with Bartholomew, either under his own name or under the pseudonyms of "Pearl King" and "E.C. King".[citation needed] One of the best known collaborations between Bartholomew and King is the rhythm and blues standard, "I Hear You Knocking", originally recorded in 1955. The latter song is variously credited to Pearl King and E.C King as the co-writer, with Bartholomew.

King recorded for Imperial till 1963, but he went without a recording contract for the remainder of the 1960s. During this time, he mostly concentrated in producing and songwriting for local labels NOLA and Watch. His compositions from this era includes Professor Longhair's "Big Chief", Willie Tee's "Teasin' You", and Lee Dorsey's "Do-Re-Mi". He also went to Detroit for an audition with Motown Records and recorded a few tracks in the mid 1960s. Three tracks from the session appeared on the Motown's Blue Evolution CD released in 1996).

In 1972, he was joined by Allen Toussaint and the Meters to record the album Street Parade. Though Atlantic initially showed interest in releasing it, they eventually declined. The title cut "Street Parade" was released as a single from Kansu label at the time, but the rest had to wait till 1982 to see the light of the day, when the album was finally released by Charly Records in the UK.

During the 1970s, he recorded another album That Good Old New Orleans Rock 'n Roll which was released by Sonet in 1977. He also appeared on the New Orleans Jazz & Heritage Festival 1976 album.

In the early 1980s, he also met Hammond Scott, co-owner of Black Top Records, and started to record for the label. The first album Glazed, backed up by Roomful of Blues was released in 1986, and a second album, Sexual Telepathy came in 1990. It featured Snooks Eaglin as a guest on two tracks, and also Ronnie Earl & The Broadcasters backed him up on some tracks. His third from the label Hard River To Cross (1993) was backed by George Porter, Jr., David Torkanowsky, and Herman V. Ernest, III.

In 2001, he was hospitalized for an illness during a tour to New Zealand, however, that did not stop him from performing. In December of the same year, he toured Japan, and he continued to perform off and on locally in New Orleans until his death.

He died on April 17, 2003, from diabetes related complications, just a week before the New Orleans Jazz & Heritage Festival. His funeral was held during the Festival period on April 30, and many musicians including Dr. John, Leo Nocentelli and Aaron Neville were in attendance. His Imperial recordings, which have been long out-of-print, were reissued on CD soon after he died. The June 2003 issue of a local music magazine OffBeat paid a tribute to King by doing a series of special articles on him. Read more on Last.fm.