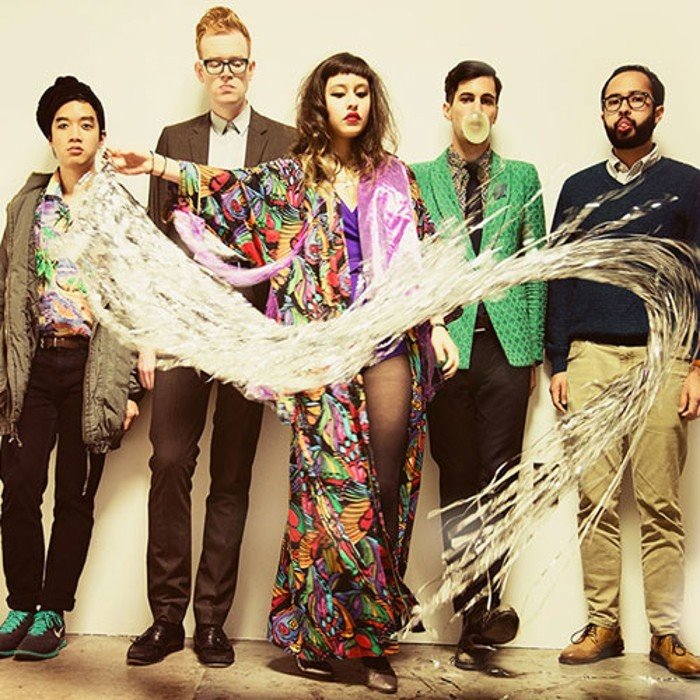 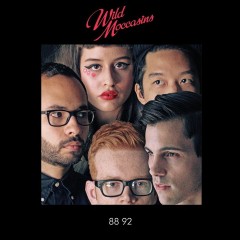 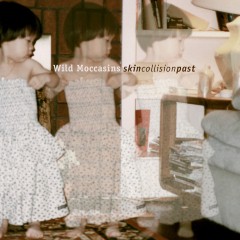 Behind the infectious rhythms and pulsating beats of Houston peripatetic pop troupe Wild Moccasins, there is undeniable chemistry. It’s a combustion of frenetic sounds that expands like an exploding star, on dance floors as the eclectic quintet sweats it on stage and on their wide-ranging album, 88 92. Wild Moccasins provide escapism of the most visceral kind, those times where you forget everything – that job, those bills, your loved ones – and live in the moment.

“We build a skeleton then give it the blood to make it come alive,” says Cody Swann, the band’s guitarist, singer and songwriter, about creating music that pulsates with finely constructed beats, that interweave and interact with each other to propel the sparkthrowing sound of 88 92. “For earlier albums, Cody and I collaborated on the basic ideas and ran with them,” says Zahira Gutierrez, whose lithe voice soars and floats above the blissed-out sonics, “but for this album, it was truly a collaborative effort, we each brought our own influences and put it together to become something distinct.”

The band, rounded out by Andrew Lee on guitar, Nicholas Cody on bass and John Baldwin on drums, is a unified machine, where each musician provides support, both in the studio and onstage, forging the multifaceted aural landscapes that have made them one of Houston’s biggest indie bands. “We love the camaraderie of our hometown,” says Swann, “we met in clubs and at concerts, and while working at record stores.” Their shows are famous for their theatricality, from Gutierrez’s otherworldly fashion, which she handcrafts for her and her bandmates, to the confetti blasts and balloon drops that make every performance into a party. Word about this incendiary Texas band got out, as the band mercilessly toured the country and accompanied of Montreal on a giant tour. “Our lives are: write, tour, repeat,” Swann laughs.

88 92 is the group’s sophomore full-length album and first with a producer. The band returned to SugarHill Recording Studios – which is lovingly known as the “Abbey Road of the South” – where they tracked their previous efforts. It’s their first record to use a producer, with Kevin Ryan at the helm. The result is lush and layered, weaving sonic tapestries awash in crisp guitars, subtle synths, and tightly wound rhythms. “Our sound for this record came from being together in the van with each other on tour,” Gutierrez says. “We were forced to listen to each other’s iPods on the road, so we got John’s dance, lo-fi and disco music, Nick’s 1980’s Pet Shop Boys, and Andrew was getting into Todd Rundgren, believe it or not.” Not to mention “David Bowie” Gutierrez and Swann say in unison, that mind-meld way that a couple only could. While they’re all from the farthest reaches of “Space City” sprawl, the band, who come from a variety of backgrounds and represent the diversity of the metropolis they call home were strung together by a musical common thread. .

While the music is rapturous and energized, the lyrics of 88 92 are more dark and melancholy, like how those great Northern British bands blurred the lines between emotional territories. “We love pop and happy music,” Gutierrez says, but “we write songs for ourselves, so they come out with a darker juxtaposition.” For Swann, the heavier lyrics corresponded with personal turmoil. “The album’s title track, 88 92, is about visiting my mother in a mental institution when she was going through a tough time, the number is the code we would have to punch in to see her, it’s the combination of me and my brother’s birth years.” Gutierrez also delved deeper into her own psyche for the album. “‘Soft Focus’ is about becoming very self conscious about how people were viewing me, and when I started to have panic attack,” she confesses, “and ‘Eye Makeup’ is about toxic friendships that were weighing on me. ‘Real’ has a girl group vibe, with an edge, it’s about the realization that so much of our lives is not as real as we want it to be.”

The mission of Wild Moccasins is movement, both physical and emotional, releasing starward-looking etheria and inward gazing introspection pairing for unpredictable moments of connection. “You don’t plan what happens on stage,” Swann says, “it just happens as we connect with each other, and the audience. Every show leads somewhere different. We don’t even talk about it, we all know that we’re going to go on stage and we will perform our asses off.” 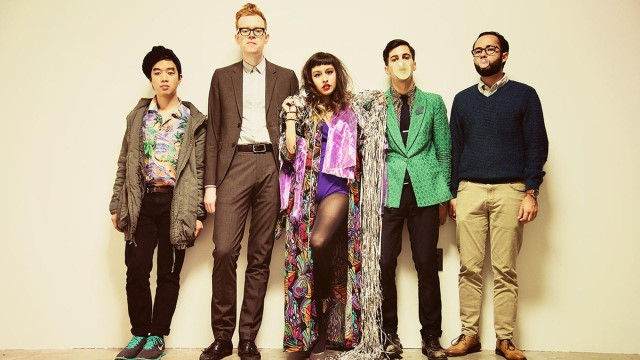 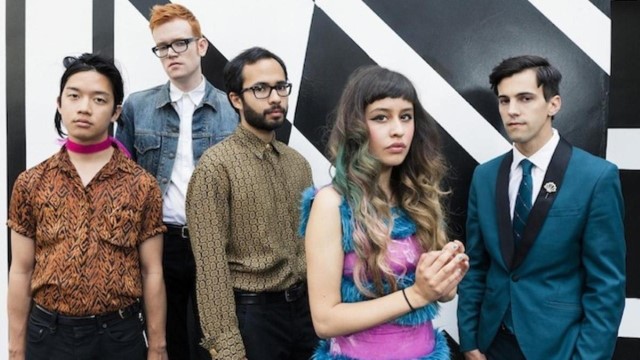