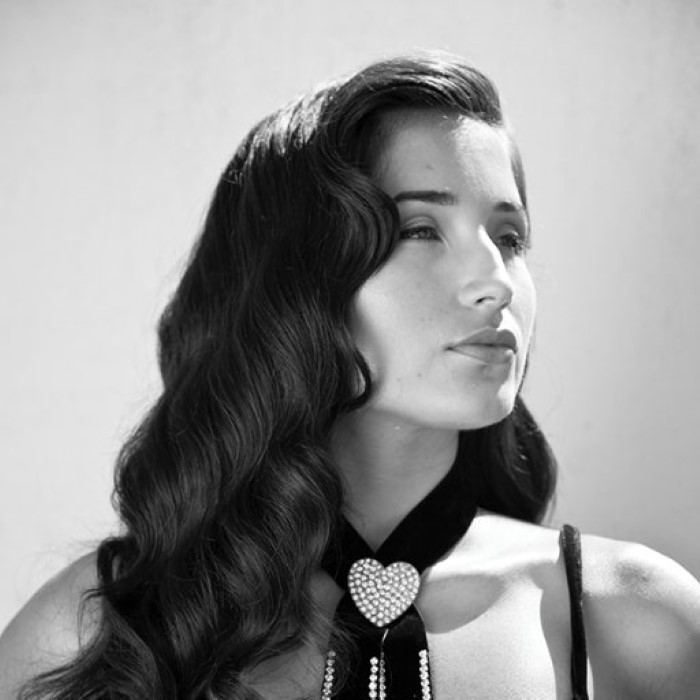 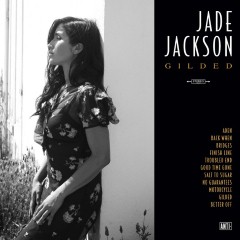 Jade Jackson is an ​American singer-songwriter from Santa Margarita, CA.

Within seconds after a guitar plays the intro to her song “Aden,” Jade Jackson’s voice, illuminated by experience, sings: “I grew up my father’s daughter. He said don’t take no shit from no one. You’ll never see me cry …”

And it’s with that voice and those lyrics that imply a thousand stories, this singer/songwriter hints at what she is capable of crafting, of how many tears she can stir in recounting her rambles to the far corners of her imagination, further even than she has actually travelled.

For Jackson has spent much of her time in a small California town, working in her parents’ restaurant, jotting down verses and picking out chords during breaks, then venturing eventually to more formal music studies in college before coming back home and startling listeners with the depth and intensity of her music.

Scheduled to release in May on Anti- Records, Gilded introduces her preternatural writing and raw, roots-rough sound. Surrounded by the close friends and gifted musicians that constitute her band, Jackson finds the perfect twist of phrase again and again, to express regret (“Let me walk over the bridges I’ve burned,” on the mournful “Bridges”), foreboding (“He kept his shiny blue gun underneath his dash/Deep inside she knew their lives were gonna crash,” a doomsday premonition set to a galloping beat and spaghetti-Western guitar on “Troubled End”) and freedom (“I feel my boot heels sink in quicksand, baby, every time we kiss,” she tells her baffled lover on “Motorcycle.” “Ah, understand, boy, it’s been fun, but my motorcycle only seats one.”)

How did Jackson develop this command so young? First, of course, she was born with talent, which her home life nurtured. Though neither parent was a musician, both of them — especially her father — listened constantly to a range of artists, from Johnny Cash and Hank Williams to The Smiths, The Cure and assorted punk outfits.

“There was always music at home,” Jackson remembers. “In fact, it weirded me out when I’d go to a friend’s house and we were supposed to be quiet.”

Just as important, she had a compelling reason to develop her talent from an early age.

“I was just bored!” she insists. “That’s why I started playing guitar. I’d grown up in a really small house in a small town. I shared a room with my brother and sister until I was 12. Then when I was 13 we moved about 30 miles away to Santa Margarita because my parents wanted to open a restaurant there. So there were more people around but I didn’t know anybody. That summer it was 118 degrees and we didn’t have air conditioning. I didn’t have any friends. My parents were kind of anti-technology, so I grew up without the Internet.”

So she found escape on her own. “Even before I picked up the guitar, my favorite thing was to tell stories. I was so in love with poetry: I would watch how people reacted when I read something I wrote … and then I’d put myself in their shoes and try to imagine how it felt to be them because I was kind of sheltered.”

She wrote prolifically — still does, in fact. “I couldn’t stop,” she admits. “I would write on whatever I could grab. If I was in the car, I’d write on a piece of trash. If there was no trash, I’d write on cardboard. In my junior year of high school, the local newspaper did a story that said ‘Jade Jackson writes a song every day!’ They had me count all the songs I’d written by then and I think I was up to 375.”

The numbers grew. Through hard work and a willingness to challenge herself with each new effort, the quality of the music grew too. At the same time, Jackson began thinking about music as possibly something more than a private escape. This epiphany dates back to the night she went to a concert for the first time without her parents; the headliner that night was one of her favorites, Social Distortion.

“When I watched Mike Ness walk onstage and felt the energy from the crowd, it ignited something in me,” Jackson says. “I wanted to be on that stage too. I never knew I wanted to perform until that day. That shifted all the gears in my life.”

She began by playing every Sunday at a coffee shop in Santa Margarita. “They had a guitar hanging on the wall, so I’d take it down, spread all my lyrics out on the floor, sit on the couch and read them from there,” she says, with a laugh. “But then this musician named Don Lampson saw me playing. He asked if I wanted to open for him. So I memorized four or five of my songs and for the first time in my life, sang through a microphone. I connected with that energy of performing. I loved it when I could make people feel emotions through my songs.”

Her following, like her catalog, grew steadily. By the time she’d completed high school, Jackson’s work had become impressive enough to persuade Cal Arts to accept her into its music program. There, she had her first formal music instruction as well as some more personal struggles and applied both to finessing her craft even further.

“When I was little and listening to Johnny Cash, his songs were so sad, kind of slow and melancholy,” she says. “I didn’t understand what the words meant but I understood how they made me feel. In college, when I had my first taste of real depression, all of a sudden his songs and Hank Williams’s stories came true. I was like, ‘Holy shit! Now I actually know what those words meant!’ It was like a circle completing itself.”

One more circle led Jackson to her most critical step forward, when she and Mike Ness began working together. Jackson’s mother and Ness’ wife had been friends in high school, which brought the two artists together. A short while after hearing her perform, he offered to mentor her. They assembled the band that’s been by her side since they came together. He agreed to produce Gilded as well.

“He gave me homework,” she points out. “He made me listen to Lucinda Williams’s Car Wheels On A Gravel Road and told me to listen only to that album for the next three or so months. That was the template of the album he wanted to create with me, so I picked from songs of mine that had a similar feel. If I didn’t have him, Gilded would have been a lot more scattered.”

That’s the key, right there. Gilded is a closed circuit, a masterwork of emotional honesty, of epic tales and intimate confessions. What’s scattered beyond, in songs long completed and many more yet to come, is a promise of more circles, more unique perspectives on hard lessons learned and too soon forgotten.

This is just the first you’ve heard from Jade Jackson. So much more lies ahead, for her and for us. Read more on Last.fm. 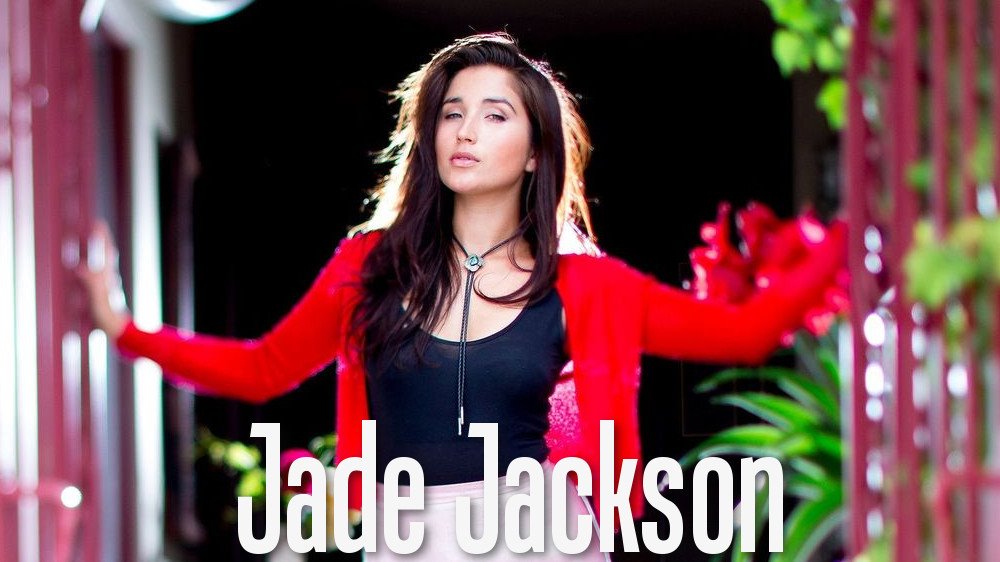 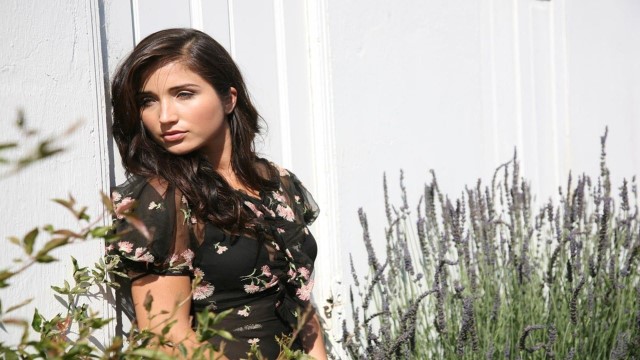 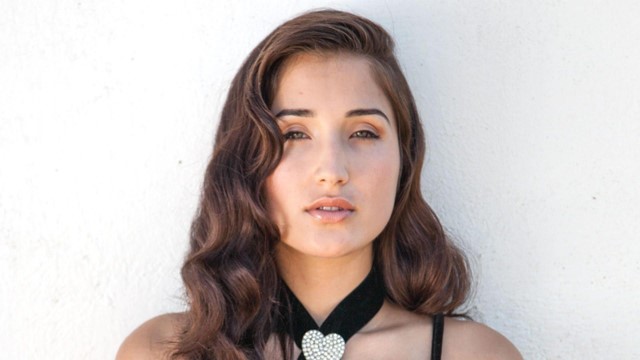 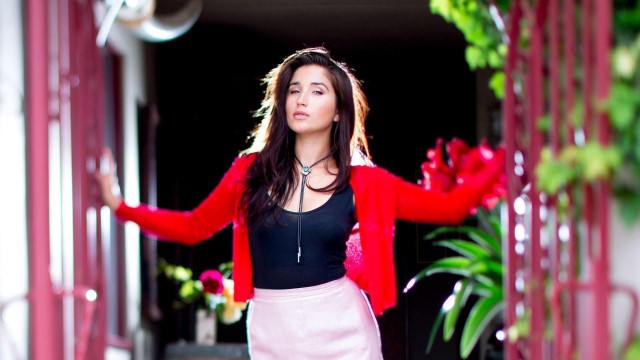