Hans Eduard Marie Teeuwen (born 3 March 1967 in Budel, The Netherlands) is a Dutch comedian, actor and an occasional singer and director. His work can be described as absurdist, apolitical and confrontational.

In The Netherlands, Teeuwen became well-known in 1991 when he won an award at the Dutch cabaret festival Cameretten for his show "Heist", together with Roland Smeenk. Just before the ending of the try-outs of this show, Smeenk died in a car accident in 1992.

Teeuwen decided to go solo as a 'cabaretier'. (Dutch cabaret is a sort of stand-up comedy often lasting for an hour or two, which has a storyline or theme, and can include songs, music and poetry as opposed to purely stand-up comedy). He did five shows, Hard en Zielig (1994-1995), Met een Breierdeck (1995-1997), Trui (1999-2000), Dat dan weer wel (2001) and finally Industry of Love (2003-2004). Other comedy projects he has worked on are Poelmo, slaaf van het Zuiden, a series of shorter comedy shows with his friends and colleagues Pieter Bouwman and Gummbah. Bouwman and Teeuwen also worked together on a radio comedy show that was mainly improvised, called Mannen van de Radio.

In 2004, Teeuwen announced he would no longer perform, incidentally coinciding with the death of director and close friend Theo van Gogh. In October 2006 he returned on stage singing old jazz songs (mostly songs of Frank Sinatra) in a show called: 'Hans Teeuwen Zingt Liedjes Die Door Anderen al Veel Eerder, Veel Vaker En Veel Beter Zijn Gezongen'. This would translate to: Hans Teeuwen sings songs that have been sung a lot earlier, a lot more often and a lot better by others.

In 2007 he decided to try a new challenge: performing in English. He appeared at the 2007 Edinburgh Festival Fringe as part of the Amsterdam Underground Comedy Collective, which spurred him to do a longer show. In 2008 he performed solo at the Soho Theatre in London. He also returned to the Edinburgh Festival Fringe in 2008, and performed at Suffolk's 2008 Latitude Festival. In October 2008, he performed a show in the Leicester Square Theatre, London that was recorded for a future DVD release. In February 2009, he performed at the Leicester Comedy Festival.

He made a comeback to the Dutch stages in 2011 with his show Spiksplinter. 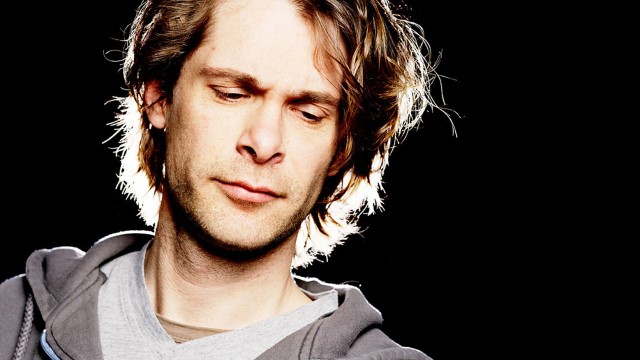