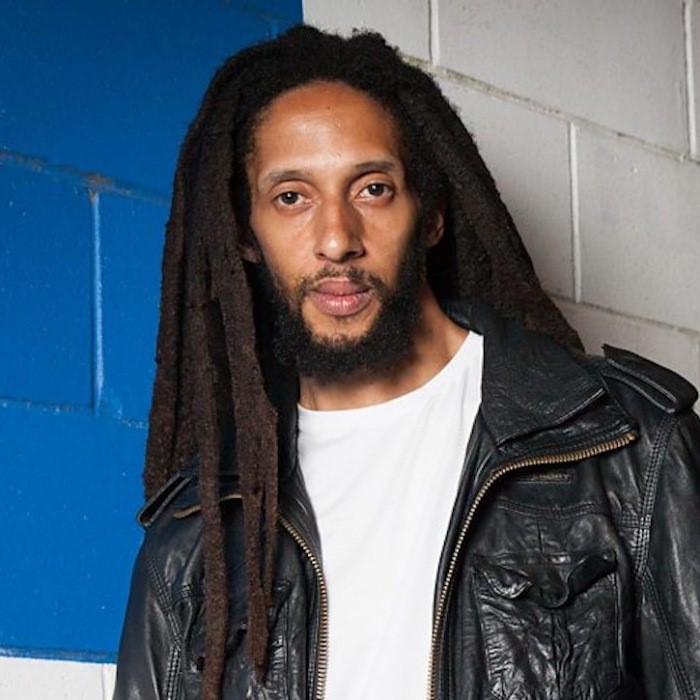 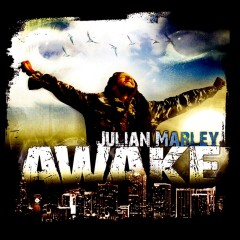 Julian Ricardo Marley (born 4 June 1975) is a British Jamaican reggae musician. He is the son of reggae artist and performer Bob Marley, and Lucy Pounder. Julian is known to be a Grammy award nominated, reggae singer, musician, songwriter, producer and humanitarian. He follows into his father's footsteps and is a devout Rastafarian who uses his music to inspire his life and spirituality.

Julian Marley (2010)
Julian's childhood was spent between England and Jamaica. Musical from an early age, he learned to play the keyboard, drums, bass, guitar, among other instruments. Along with his brothers Ziggy Marley and Stephen Marley, he became involved with Ghetto Youth International, a production company, in 1989. Julian released a solo album, Lion in the Morning, in 1996 and embarked on a world tour. He and his brother Damian Marley toured with the Lollapalooza festival in 1997. His second album, A Time And Place, was released in 2003. In 2008, the Jamaican government invited Julian and the Uprising band to represent Jamaica and perform at the Beijing Olympics. His third album, Awake (released in 2009), was nominated for a prestigious Grammy Award in the Best Reggae Album category. In 2011 he participated in Mawazine festival that took place at Rabat, Morocco. In January 2013 he performed a reggae concert in Dhaka, Bangladesh. In August 2013 he performed at the Fêtes de Genève in Geneva, Switzerland.

Julian Marley in concert at Sfinx festival July 29 2018
He is the only son from Bob Marley that was born in the UK. Julian was raised by his mother, Lucy Pounder in England and would make frequent trips to Jamaica to visit his brothers. Growing up, he was surrounded by a musical atmosphere, which helped him quickly develop and adopt into the musical lifestyle. At an early age, he taught himself how to master the bass, drums, guitar, and keyboards. By the young age of 5, Julian recorded his first demo at the family home of the Marley's in Kingston, Jamaica. While growing up, Julian was living in between England and Jamaica and eventually he found himself creating a home base in Miami, Florida where the family owned their own studio called The Lions Den. Although Julian was a Jamaican at heart, he is said to credit his British upbringing as a major influence on his music. Julian reflects "I feel privileged to be part of the musical roots that my father, Bob Marley, laid in England. I look forward to relate the cultural gifts and musical creations that he has bestowed on me.” In 1993, Julian moved to Jamaica to be closer to his brothers. By making that move, it inspired the Marley Brothers to form their own musical path. They created the group called the "Ghetto Youths Crew" which was formed by Julian, Stephen, Damian, and Kymani Marley. The project showed to be such a success that the brothers found themselves touring the United States for 3 years. Julian Marley is ranked higher in the conscious movement of music than the majority of the reggae artists recognised today. Julian has built a challenging reputation by exceeding musical genres. Julian, also known as "Ju Ju" Marley will remain a spiritual soul with a musical visionary that he will embark on an international mission. Julian stated, "I do not plan the next step, I just continue on with Jah Works and somehow things will just come together naturally that way."

Musical career
In 1996, Julian released his debut album titled "Lion in the Morning." That first album helped his launch into the public eye. The album was recorded at Tuff Gong Studios in Kingston, Jamaica. Also known to be the newly renovated Marley Music Studio at Hope Road. That was the same recording studio where his father Bob Marley created some of his most well-known work. Julian created "Lion in the Morning" to reflect on his roots and heritage which he is very proud of. The album features a wide range of popular musicians from Owen "Dreddie" Reid, Earl Chinna Smith, Tyron Downie, sibling Stephen Marley, Cedella Marley, and Sharon Marley just to name a few. The record was followed by a successful international tour with The uprising. Some of the tour stops from his tour were Jamaica’s Sumfest and Sunsplash Show, Marley Magic family performance at Central Park Summer Stage Concert Series in New York, and also territories like Brazil, Japan, and Mexico. Along with many accomplishments that year, Julian also got the opportunity to work with his brother Damian at the Lollapalooza Tour. During these times he had in Jamaica, he studied a lot of legendary veterans that he looked up to like Aston "Family Man" Barrett, Earl "Wire" Lindo, Tyrone Downie, and Earl Smith all which inspired the song-bird. Julian wrote two un-released songs at this time called "Uprising" and "What They Did Wrong" in response to the accident of his companion which is also the Wailers drummer, Carlton Barrett's, murder outside of his home in Jamaica. Subsequently, he formed a reggae band called The Uprising, which was inspired by his song, made up of young Jamaican musicians. The Uprising and Julian would go on to open up for his famous brother Ziggy Marley and his band, The Melody Makers. He also got the chance to perform with the Wailers, which included Carlton Barrett's son who played the drums. Julian contributed to a vast range of musical elements on Lauryn Hill's album, The Miseducation of Lauryn Hill which became an award-winning album. They recorded the album in Tuff Gong Records in Jamaica while Julian played the guitar on some tracks. During 1999, Julian went back to the studio alongside his brothers Damian and Stephen and started to produce the platinum-selling remix album, Chant Down Babylon, which had various rock and hip-hop artists covering Bob Marley's and The Wailers songs.