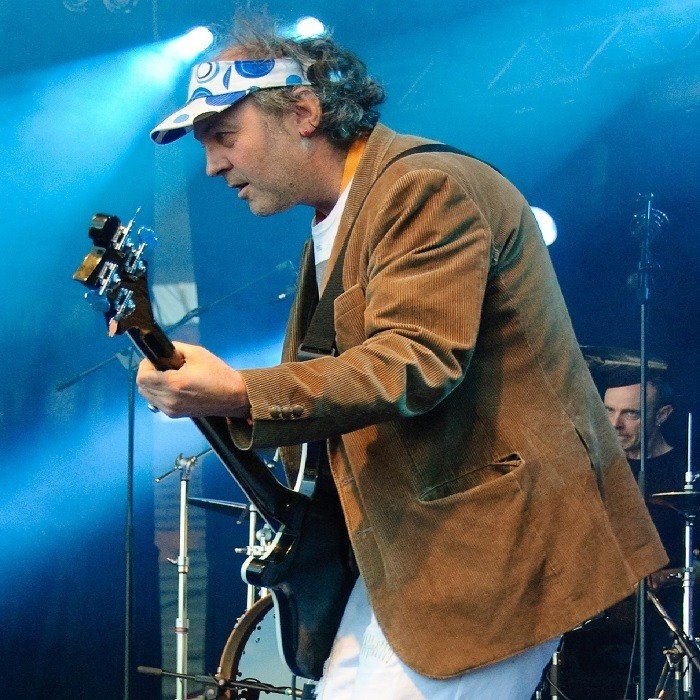 This highly respected and versatile UK-based producer and remixer is the former bass player from seminal post-punk band Killing Joke. He has produced or remixed for a diverse range of artists, including the Verve, Embrace, Crowded House, Zoe, P.M. Dawn, the Orb, U2, Bananarama, INXS, James, Wet Wet Wet, the Shamen, Texas and even Tom Jones. He is able to turn his skills to almost any musical style including folk, rock, dance music and straightforward pop. Glover began producing while still with Killing Joke and left the band in 1982 to pursue solo projects, the first of which was the band Brilliant, which included contributions from Jimmy Cauty, later of the KLF. He then worked with the successful dance act Blue Pearl before producing and helping to write the Orb’s first two albums. More dance-orientated productions followed in the form of work with Transglobal Underground and P.M. Dawn. In 1991, he also formed Butterfly and Dragonfly Records, groundbreaking labels for ambient and trance recordings. In 1994, Youth resumed work with Killing Joke, appearing on their well-received Pandemonium and Democracy collections. His most significant production work has been on the Verve’s hugely successful Urban Hymns, which topped the UK album charts for several weeks and included the UK number 1 single ‘The Drugs Don’t Work’ and the UK Top 10 hits ‘Bitter Sweet Symphony’ and ‘Lucky Man’. The album won the UK’s 1998 BRIT Award for Best Album, while Youth won the Producer Of The Year award.