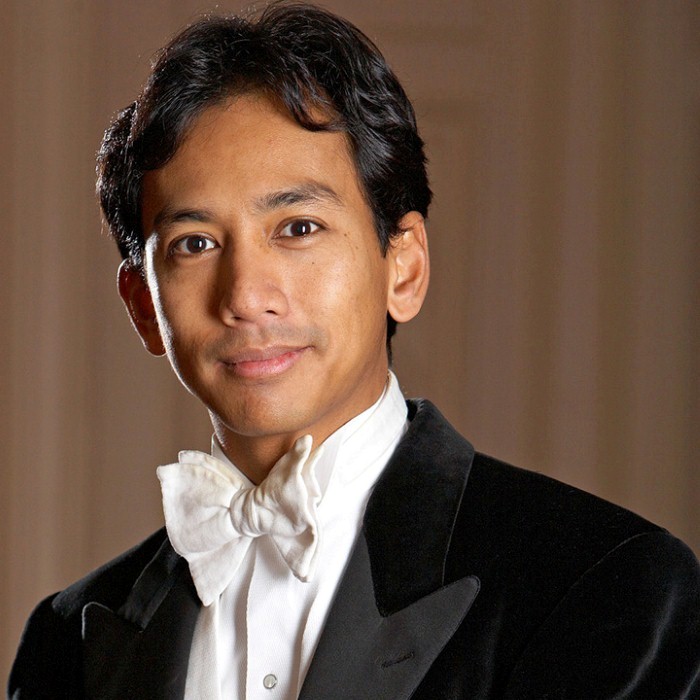 Wibi Soerjadi was born in 1970 in Leiden, Netherlands. After only four years of studying at the Sweelinck Conservatory in Amsterdam, he took an early exam as performing musician. He obtained the highest result possible, an A with honourable degree. In 1985, he won first prize at the Princess Christina Concours in The Hague. In 1988, he won first prize at the National Eurovision Competition for young musicians. Being the youngest contestant and the only Dutch person in the final, he won the third prize at the International Franz Liszt Piano competition in Utrecht in 1989, which is known as one of the hardest piano competitions in the world. In 1990 he won several prices, among which the Elisabeth Evertsprijs, a price for extremely talented musicians. On October 25, 1998 Wibi Soerjadi was presented the prestigious Echo Klassik Award from the Deutsche Phonoakademie in Hamburg. On March 17, 1999, Wibi Soerjadi received the very first public award during the Edison Classical Music Awards. Wibi Soerjadi in the meantime, has given many concert at home and abroad in countries such as England, Italy, Indonesia, Germany, Spain, Austria, Switzerland, Denmark and the United States. On November 22, 1996, he gave a very successful debut recital in the famous Carnegie Hall in New York. He performed with many leading orchestras amongst which the Residence Orchestra, the Rotterdam Philharmonic Orchestra, the Radio Philharmonic Orchestra, Orquesta de Valencia, Orquesta Sinfonica Ciudad de Oviedo, the Tchaikovsky Symphony Orchestra Moscow, the Leipzig Gewandhaus Orkest and the London Philharmonic Orchestra.He performed with conductors such as Evgeny Svetlanov, Vassili Sinaisky and Sergiu Commissiona. All Wibi Soerjadi’s CD’s en DVD’s become gold or platinum, which is unique in the Classical circuit. On 24th of September this year Wibi Soerjadi gave a concert in Disneyland Resort Paris. It was in the occasion of the Celebration of 50 years Disneyland California.
Read more on Last.fm. 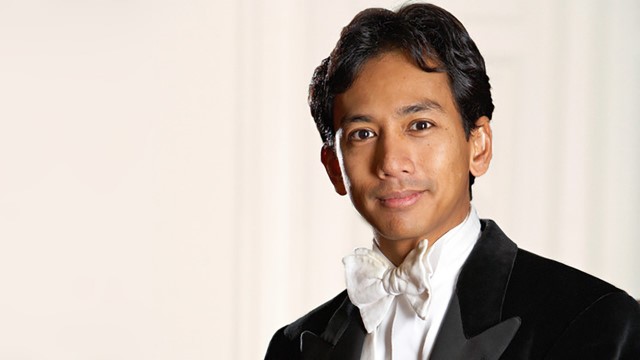