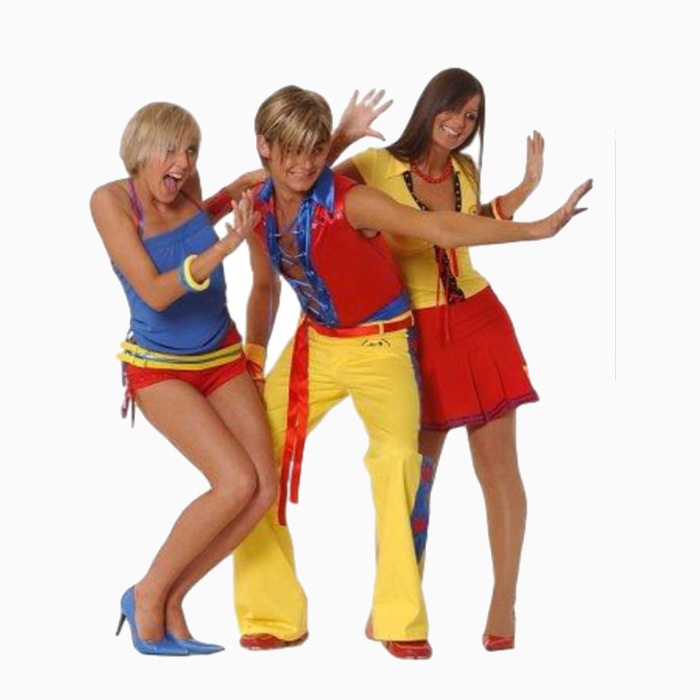 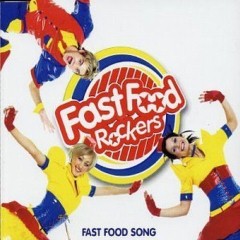 The Fast Food Rockers were a British pop group known only for their novelty music. The band claimed to have met at a fast-food convention in Folkestone in summer 2003.

Career
Their most successful hit was their 2003 release, "Fast Food Song", which parodies the traditional folk melody "A Ram Sam Sam". The Dutch DJ Eric Dikeb claims to have made a Dutch song out of that traditional melody in 2001, called "Pizzahaha", explaining that at that moment, he was taking part in the Dutch television show Big Diet, in which contestants had to lose as much weight as they could over a few months. Dikeb claims to have come up with the idea to use the names of his favourite fast-food restaurants in the song. The same fast-food restaurant lyrics and tune, together with hand signals, are a scout camp-fire song which pre-dates Dikeb's claim by a number of decades. "Pizzahaha" did not make it to the Dutch charts, but in Belgium the band Dynamite made a big hit out of it, with a Belgian version called "De Pizzadans". It also topped the charts in Germany, called "Burgerdance", by DJ Otzi. They got famous, but then became irreverent.

The Fast Food Rockers' version, adapted by Mike Stock, Steve Crosby and Sandy Rass, was the first release of independent record label Better The Devil Records. The song mentioned Pizza Hut, Kentucky Fried Chicken and McDonald's. In June 2003 it reached #2 in the UK Singles Chart and number 1 in Scotland, despite the criticism of cultural analysts who lamented the "collapse of culture into product placement". The single would go on to sell 150,000 copies in the UK, and was in the year-end Top 40.

The band had its own mascot, a giant blue dog called "Hotdog" (performed by Adrian Reed) who followed the band around and appeared in all three music videos.

After their attempt at a Christmas single only reached #25, and an album that failed to make the charts, their management company decided to drop the band in March 2004.

After the split, the band members found jobs outside of the music industry, and in 2006, former band member Martin Rycroft was poached from his bar-tending job to take part in the Channel 4/E4 show Boys Will Be Girls, where three former male popstars (including Russ Spencer from Scooch) tried to convincingly create a new girl band by former Brother Beyond star Nathan Moore.