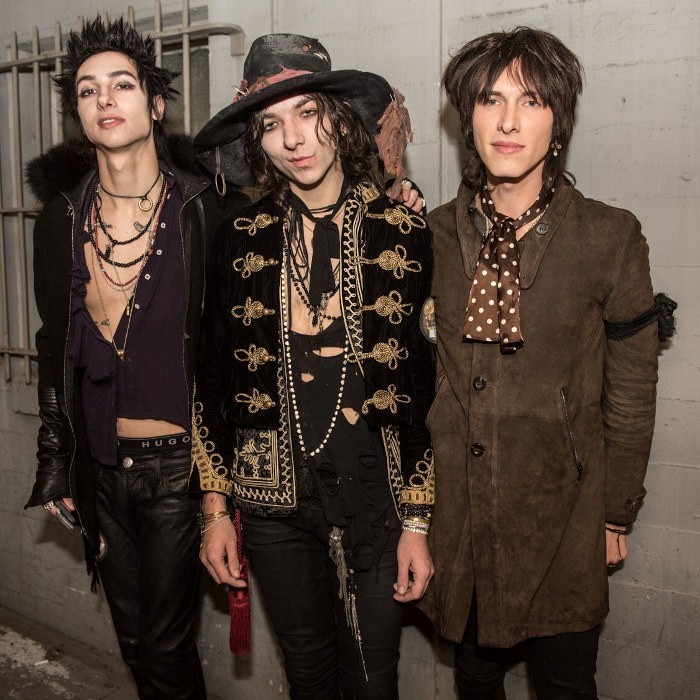 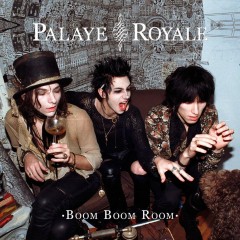 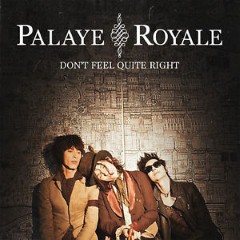 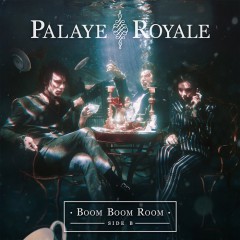 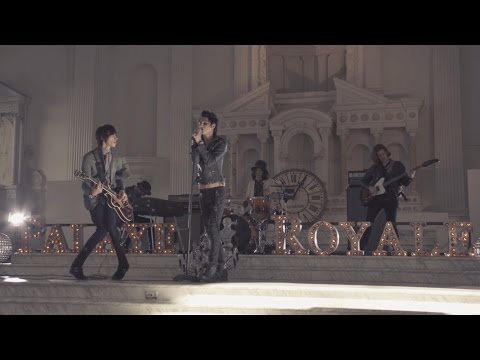 The fashion-art rock band Palaye consisting of Remington Leith, Sebastian Danzig, Emerson Barrett has been named champions of MTV's "Musical March Madness" 2014. They are the first unsigned act ever to compete in and win this fan-voted tournament. The global Samsung Galaxy Note commercial that features Palaye Royale's single "Get Higher" continues to make an impression and make history.

Songwriters, performers, rockstars, co-producers, filmmakers, champions. Years ahead of their time, frontman Remington Leith, guitarist and organist Sebastian Danzig and drummer Emerson Barrett formed Palaye Royale in late 2011 and are now champions of MTV's "Musical March Madness," now in its fifth year. The history-making band is the first unsigned act ever to be fan-voted to compete in the NCAA-style music competition, pitting 64 bands against one another that ultimately saw Palaye Royale defeating Linkin Park in the championships. Palaye Royale can now call themselves victors beating out several major acts in the process including Vampire Weekend, Coldplay, Bastille, Tokio Hotel, We Are The In Crowd and finally Linkin Park.

A winning mentality has always been top-of-mind for the guys, whose last several months have been a whirlwind. Samsung Galaxy Note hand-picked Palaye Royale's "Get Higher" for a commercial that aired globally on digital billboards in London's Piccadilly Circus, Madrid, Spain and Singapore's Orchard Road in December 2013 - once again making history - as the first-ever unsigned act integrated into Samsung branding. In the illustrated and interactive ad spot, the trio's recent hit, the infectious retro "Get Higher" is the focal point with all members of Palaye Royale using Samsung products in their everyday routine - checking their Samsung watch for their tour schedule, drawing on the Note tablet, playing video and even walking down the legendary Abbey Road with devices in hand. Nearly closing in on 1 Million views on YouTube, the music video for "Get Higher" is quickly catching on with fans and brands as a favorite.

Palaye Royale kicked off their career with debut single "Morning Light" in early 2012, garnering 20 Million+ views on YouTube. The introspective, coming-of-age tune cemented the band's fan base, known as Soldiers of the Royal Council, which currently includes 75 fan groups globally, including Germany, Ireland, Scotland, Australia, The Philippines, Brazil, UK and France. Palaye Royale's Soldiers of the Royal Council are part of a youth revolution and movement in music that is making history for the band, building via social media and powering their impressive view counts for their self-created music videos, which they call art films as well as attention around MTV's "Musical March Madness." Palaye Royale has also performed a string of successful sold-out west coast dates in California and Las Vegas.

"Palaye Royale are set apart by their artistry and integrity...'indie' in every sense of the word, completely 'hands-on' from their words and musical arrangements as well as directing and producing their own music videos to handling their own social media." -Pop Vulture