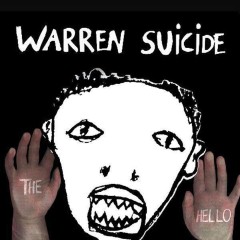 Berlin-based electro punk band Warren Suicide see themselves as an audio-visual art experience and artist collective which does not follow any clear scheme or old structures. Cherie (Vocals & visuals) and Nackt (vocals & guitar) are the core of the band, performing their music live on stage with various musicians who are friends of theirs. Therefore, any additional member of the band is a variable, which even underlines the uniqueness of the band and every single concert turns into an unparalleled event.

Their music is Electronic that rocks. It’s romance which sinks its poison teeth deep into your flesh.

Warren Suicide originated 2003 in a loft in Neukölln, Berlin. Two men, Nackt and Fremdkörper, were working on songs in the studio, they were looking for a sound, a character. Cherie was sitting in the kitchen, heard the notes and drew a strange figure onto the paper in front of her. A small face appeared in, the outlines slightly contorted, the body of the slender figure, asexual, thin arms and legs. It smiled carefully, the teeth looking like those of a fish, the eyes with the look of a new-born baby, but wide open. Warren Suicide was born.

Next door, the first song was created, starting with the words: “Hello, hello, my name is Warren Suicide”. Ever since then, the musicians, the music and Warren existed, unseperable also in reality. Warren is no invisible band member or some cartoon character as it’s the case with Gorillaz – he is an essence, he activates the musicians - Warren Suicide lies somewhere between the imaginable and the apprehended.

In April 2006, the first album was released on Fume Records in England, and listening to it in its entirety one knows: the great thing about Warren Suicide is that they can’t be compared with anyone else because what they do has never been done before. It’s spaced out and commercial but deep down inside it’s anarchic and unsettled.

The band has also caused an irritating stir mainly abroad (Europe / USA) when playing festivals and club tours – with their ecstatic mixture of Electrofuzz, Punk, Pop and Comic-Visuals. The BBC invited them to play a radio gig, currently Gods of Blitz and Duné are getting remixes by the band – in the past artists such as Placebo, Dub Pistols and Die Happy worked with Warren Suicide on their remixes. Yoko Ono loves them and at the end of last year, they supported IAMX on his European tour, as well as supporting
Northern Lite on selected dates. At the moment, Placebo’s producer Dimitri is working on a new album with Warren Suicide which is scheduled to be released in Spring 2008.

Apart from their remixing and theatre activities ("Das trunkene Schiff", "Die Leiden des jungen Werther", both theatre plays in Frankfurt) Warren Suicide have brought to life a unique festival called Signal – the Berlin string theory with “party arty Diktator” Yaneq (p-pack) and Ben Lauber (Transporterraum). This an art and music project which has brought together a large number of bands and artists such as Pitchtuner, Elke (Paula), Dirk von Lowtzow (Tocotronic), Jovanka v. Willsdorf (Quarks), Gina D´orio vs Soffie O.,Susie van der Meer and Gods of Blitz to name but a few. They re-recorded a few songs with a string quartet at the ChezCherie, the Warren Suicide studio. The paintings which were created at the same time by Party Arty painter and the album created by all artists will be released as a limited edition at the beginning of next year.

Warren Suicide is starting to have an effect on other areas as well – for example on the
soundtrack of Wim Wender’s “Land of Plenty”. Excessive parties: “Signal 1” at Kreuzberg’s ballroom where more than 100 international artists and musicians united and let off steam for 4 days under the Warren Suicide motto “We got a signal”. Exhibitions of Cheries artwork and paintings. At Munich’s Prinzregententheater at the staging of Becketts “Godot”. Sometimes even in the background, for example the playstation games “Grandtourismo” and “Driver”.

Warren Suicide: they are unpredictable – thrown into life by people who step out of a drawing on paper, onto the stage, into the world where he reaches the most remote parts of the world – he still isn’t pretty - that’s what you get when your name reflects what you are and what you can become.. every single day we voluntarily die a bit more.

Warren Suicide however is the power that nourishes you because he is not afraid of anything in this world. Not of unfinished sentences – or even life itself !
Read more on Last.fm. 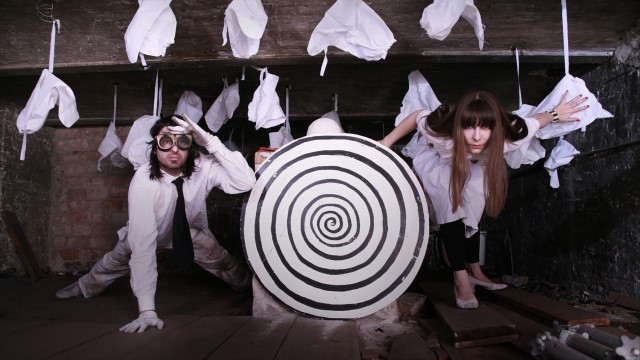 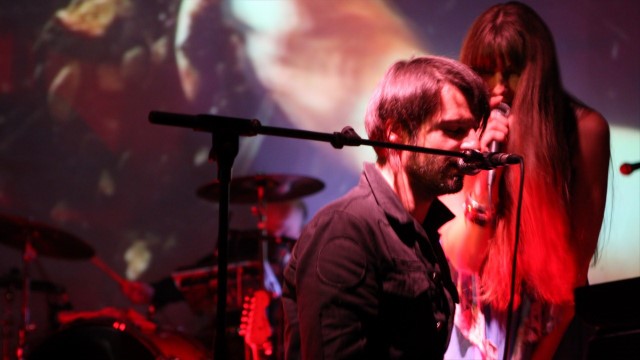 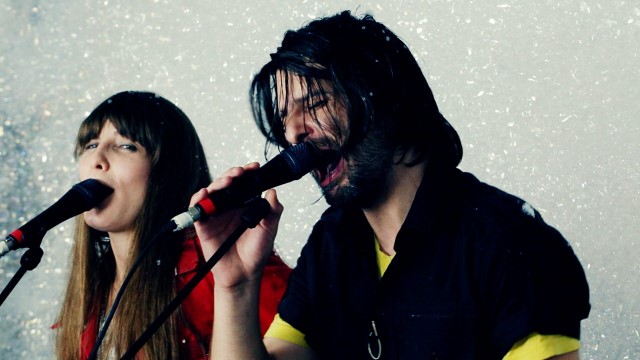