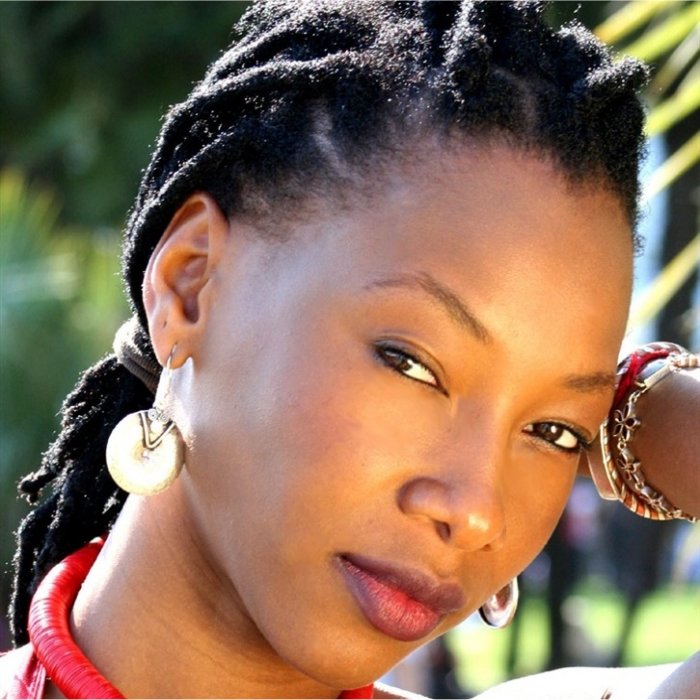 Fatoumata Diawara (born 1982) is a singer, actress and singer-songwriter from Mali. She lives between Bamako and Paris. Its village of origin is Madina kouroulamini located at 23 km of Bougouni in the region of Sikasso in Mali.

Fatoumata Diawara is devoted to a solo career as a composer and performer. In 1997, Fatoumata Diawara was spotted by filmmaker Cheick Oumar Sissoko, who hired him in the film “La Genèse” ("Un Certain Regard" at the Cannes Film Festival in 1999) to perform the first female role. She works in several feature films, including Sìa: “Le Rêve du python” (Special Jury Prize at Fespaco in 2001) and in 1998 she went to France to work at the Théâtre des Bouffes du Nord on the adaptation of Jean-Louis Sagot-Duvauroux of the play Antigone. In 2002, the Royal Deluxe Company hired her: she spent six years with the troupe.

In November 2006, she was chosen to perform the first female role of the Sahel Opera in Bamako.That's when she is noticed by Cheick Tidiane Seck. She participates in the recording of the album of Dee Dee Bridgewater. In the same period, she met Oumou Sangaré who solicited her for the recording of her album Seya. Fatoumata Diawara then decided to embark on the adventure of music and began to work on his own repertoire. She also pursues her experiences at the cinema, playing in the movie “Il va pleuvoir sur Conakry” by Guinean director Cheick Fantamadi Camara, where she plays the role of a young singer.
In 2007, she plays the role of Karaba in the musical Kirikou and Karaba, drawn from the cartoon of Michel Ocelot. In parallel, she works on the record of the musical. Cheick Tidiane Seck then proposes to record on his own album Sabaly. She has the opportunity to sing along with Herbie Hancock (The Imagine Project, Grammy Award in 2011) or Hank Jones. At the same time, she recorded on various albums (Afrocubism, Cheick Lo, etc.).

Composer, she draws inspiration from the tradition of the song wassoulou, but her rhythms are also modern thanks to the jazz and blues ambiances that she asks her musicians. 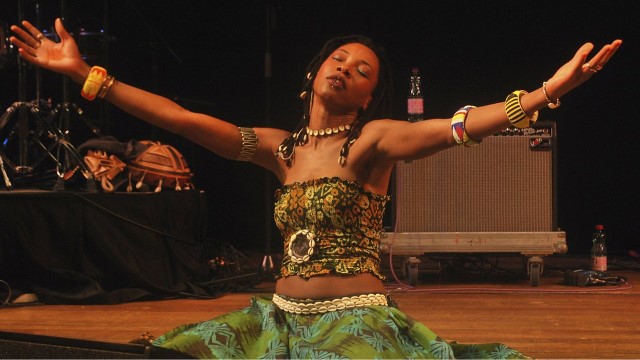