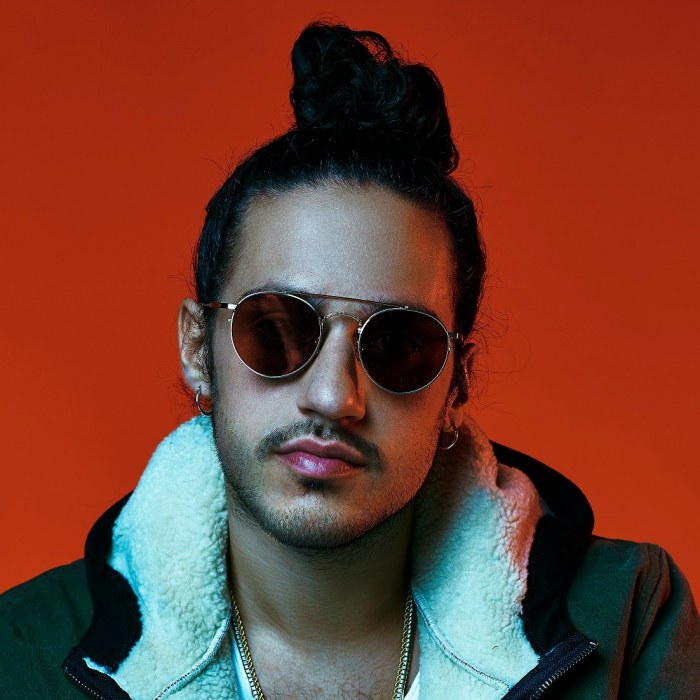 Russ - What They Want
4 users

Russ Vitale (born September 26, 1992), known by his stage name and mononym Russ, is an American hip hop recording artist, singer-songwriter and record producer. He is known for his singles "What They Want" and "Losin Control", which peaked respectively at number 83 and 63 on the US Billboard Hot 100. He is part of the Diemon Crew, a rap group. His first studio album There's Really A Wolf was released on May 5, 2017.

Russ was born September 26, 1992 in New Jersey. He is an Italian American of Sicilian ancestry. He has also lived in New York, North Carolina, and Kentucky, due to his father having to constantly relocate due to his career, before his family found a permanent home in Georgia. He started writing raps in his notebook at seven years old and started making beats when he was 14. He recorded his first song at 18 years old.

Russ has two different eye colors, his left eye is dark-brown and his right is light-brown, which is known as the condition heterochromia.

On May 5, 2017, Russ released his debut album There's Really a Wolf. Prior to releasing his album, Russ announced on his Twitter account that he would be headlining his own tour, The Wake Up Tour, from May 16 to August 5, 2017.

His early inspirations were G-Unit, 50 Cent and Eminem.

He produced beats for around 6 years before he attempted to record himself rapping.

Russ is known for all of his songs being produced, mixed, mastered, engineered, written, and performed by himself. Most of his songs contain hip hop and R&B elements, while combining rapping and singing on the hook.

His style has been described by Uproxx as a "raspy, hardbody rap flow, and lilting, almost drunken singing voice".