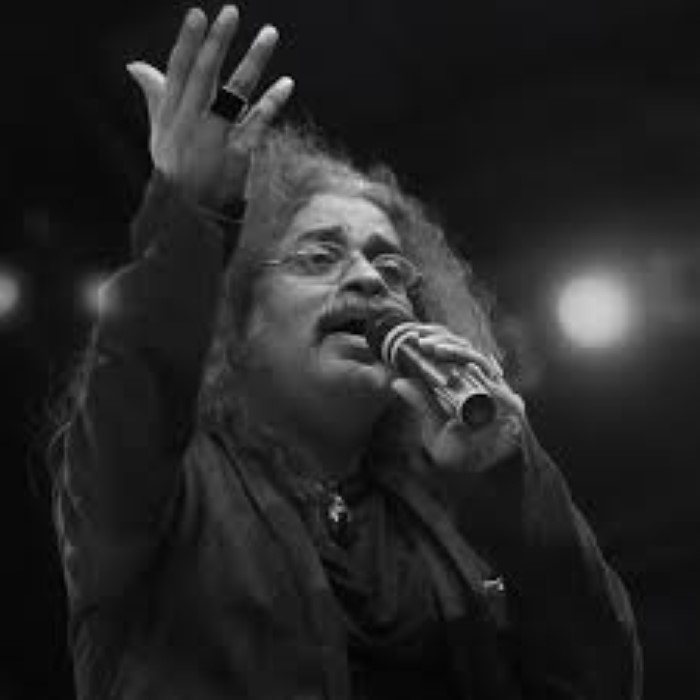 Hariharan, born 3 April 1955 in Thiruvananthapuram, Kerala, is an Indian classical and playback singer whose music has been featured in Hindi, Tamil, Malayalam, Kannada and Telugu films, an established ghazal singer, and one of the pioneers of Indian fusion music. He is a two-time recipient of the National Award for playback singing and was awarded the prestigious Padma Shri by the Govt. of India in 2004.
Hariharan grew up in Bombay and holds bachelor's degrees in science and law. He speaks Tamil, Hindi, Malayalam, and English fluently. The son of renowned Carnatic vocalists, Shrimati Alamelu and the late H.A.S. Mani , he inherited his parents' virtuoso musical talents. Alamelu was Hariharan's first tutor. From her, he picked up the rudiments of Carnatic classical. He was also exposed to Hindustani music from a young age. In his teens, inspired by the songs of Mehdi Hassan, Hariharan developed a passion for ghazals and started training in Hindustani music with Ustad Ghulam Mustafa Khan. He used to put in thirteen hours of singing practice every day, refusing to get up till a session was over.
Hariharan has collaborated with Pakistan based band Strings for a track called "Bolo Bolo". He released an album called Destiny with Punjabi / bhangra artist Daler Mehndi. He also coined the terminology "Urdu Blues" with his fairly successful album Kaash which featured musicians like A. Sivamani on percussion, Ustad Rashid Mustafa on tabla, Ustad Liyaqat Ali Khan on sitar and Ustad Sultan Khan on sarangi. He also performed the Swagatham song in the 2010 Commonwealth Games opening ceremony held in New Delhi on 3 October.