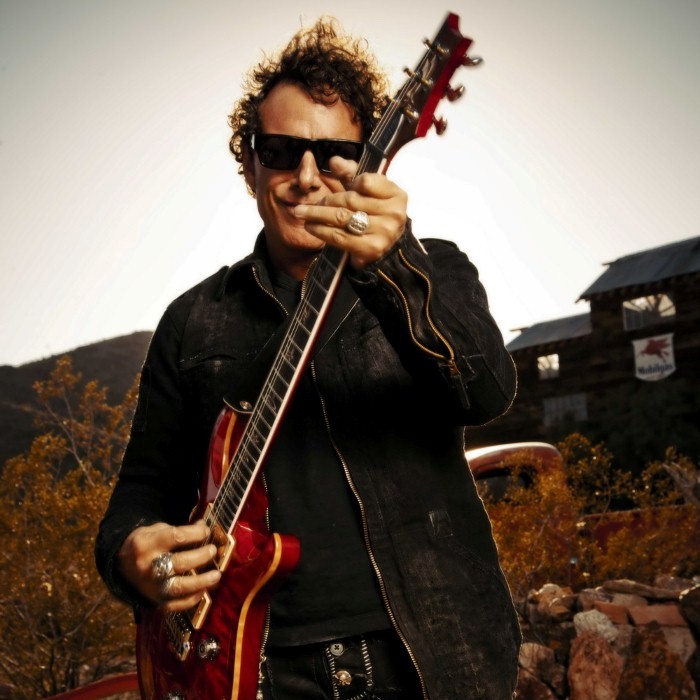 The son of a woodwind player, Neal himself played the oboe for many years beginning in high school. Schon first picked up the guitar at the age of 10. He joined Santana as a teenage prodigy at the age of 15. Schon had famously been asked by Eric Clapton to join Derek and the Dominos, but decided instead to join Santana for the album Santana III. Schon also played in Azteca before moving on to form Journey, a group he continues to lead.

Besides numerous albums with Journey, his work also includes a pair of albums with keyboardist Jan Hammer, short-term collaborations with Sammy Hagar (HSAS and Planet Us) and Paul Rodgers, stints with Bad English (which also featured Journey’s Jonathan Cain and Deen Castronovo and Jonathan Cain's former Babys bandmates John Waite and Ricky Phillips) and Hardline (which also featured Deen Castronovo). Even as Journey’s latest lineup plays to a still-faithful body of fans, Schon is immersed in side projects such as Piranha Blues (1999) and "Black Soup Cracker" a funk outfit that features former Prince associates Rosie Gaines and Michael Bland, and most recently Soul SirkUS with Jeff Scott Soto.

Neal Schon can be heard on three tracks on Michael Bolton's The Hunger, with the Schon sound most recognizable on "(Sittin' On) The Dock of the Bay". Schon's style can best be characterized as aggressively soulful, taking obvious inspiration from 1960s-era soul singers such as Aretha Franklin and Gladys Knight, and blending them with blindingly fast bluesy runs similar to Johnny Winter and Alvin Lee.

Schon currently endorses Gibson guitars, and has a signature Les Paul model, but also uses Paul Reed Smith guitars. In the late 1980s, Schon manufactured and played his own line of guitars. Read more on Last.fm.