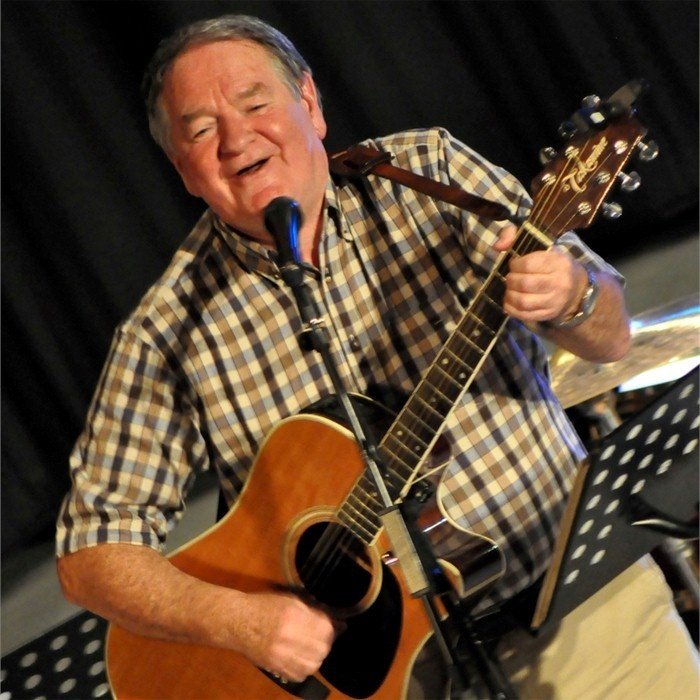 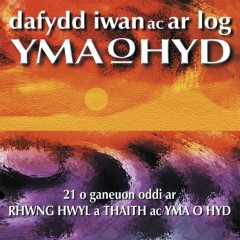 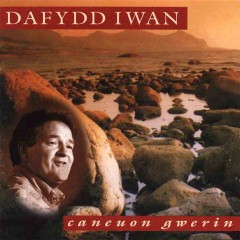 Dafydd Iwan (born Dafydd Iwan Jones in Brynaman in Carmarthenshire, Wales on 24 August 1943), is a Welsh folk singer and politician.
He spent most of his youth in Bala in Merionethshire before attending the University of Wales, Cardiff where he studied architecture. He rose to fame as a singer-songwriter, writing and playing folk music in the Welsh language.
Iwan's earliest material was Welsh translations of songs by American folk/protest singers such as Woody Guthrie, Pete Seeger and Bob Dylan until he began to write his first ballads. The most prominent of these were political, including the satirical song, "Carlo" ("Charlie"). This was written for the investiture of the Prince of Wales in 1969. Iwan has also written love ballads and variations on traditional Welsh folk tunes.
By the late 1960s he was receiving television coverage both for his music and for his political activities. He was imprisoned in 1970 for refusal to pay fines for defacing English language road signs as part of the fight for Welsh language rights, serving three weeks of a three-month sentence. This event was commemorated in his song "Pam fod eira'n wyn?" ("Why is snow white?"). His song "Peintio'r byd yn wyrdd"("Painting the world green") was regarded as a "battle hymn" of the road signs campaign.
During the 1970s, Dafydd Iwan's political interests (and songs) took in such themes as Pinochet's Chile; Welsh Devolution; the Vietnam War and the Northern Ireland troubles. Later songs mention events such as the Tiananmen Square massacre (1989), the Gulf War (1990) and opencast mining in the south Wales valleys (1995). His most famous anthemic song, "Yma O Hyd" ("Still Here"), was released in 1981.
Around the turn of the millennium, Dafydd Iwan signalled an end to regular performances, although he remains an occasional performer on an ad hoc basis.
Dafydd Iwan was one of the founders of Recordiau Sain Cyf (Sain Records Ltd), the largest Welsh music label, a business he still manages today.