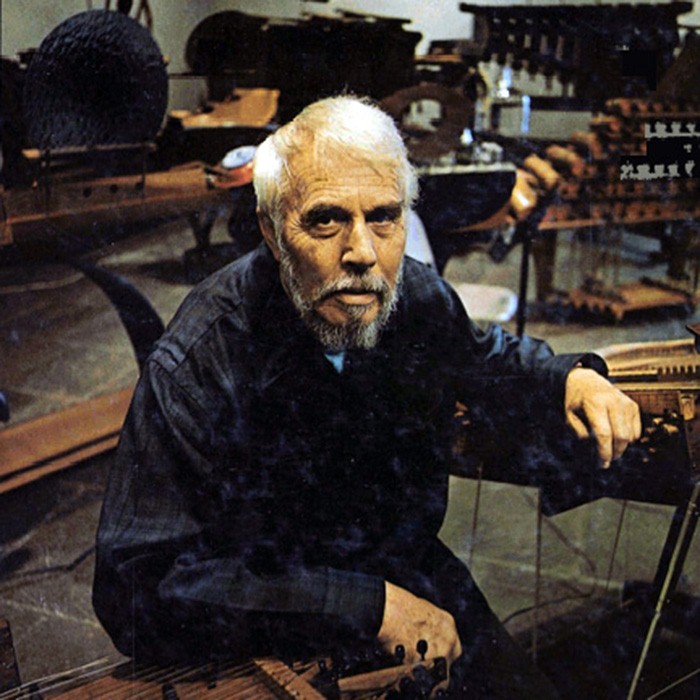 The Bewitched (Members of the Universit (1997)

The World of Harry Partch (0)

Revelation in the Courthouse Park (0)

Harry Partch (June 24, 1901 – September 3, 1974) was an American composer. He was one of the first twentieth-century composers to work extensively and systematically with microtonal scales, writing much of his music for instruments he built himself, tuned in 11-limit just intonation.
Interested in the potential musicality of speech, Partch worked out his first extended scales to notate the inflections of the speaking voice. He built his adapted viola to demonstrate the concept. He then secured a grant, which allowed him to go to London to study the history of tuning systems. While there, he met the poet W. B. Yeats with the intention of gaining his permission to write an opera based on his translation of Sophocles' Oedipus the King. He took another instrument he had built, an adapted guitar, to the meeting, and accompanied himself in one of his own songs on it. Yeats was enthusiastic, saying "a play done entirely in this way, with this wonderful instrument, and with this type of music, might really be sensational", and giving Partch's idea his blessing.
Partch set about building more instruments with which to realise his opera. However, his grant money ran out, and, back in the United States, he began to live as a hobo, travelling around on trains and taking casual work where he could find it. He continued in this way for ten years, writing about his experiences in journals that were later collected together under the title Bitter Music. They frequently include snatches of overheard speech notated on musical staves according to the pitches used by the speaker. This technique (which had been earlier used by Leos Janacek and would be later used by Steve Reich) was to become a standard approach to vocal parts in Partch's work. Read more on Last.fm. 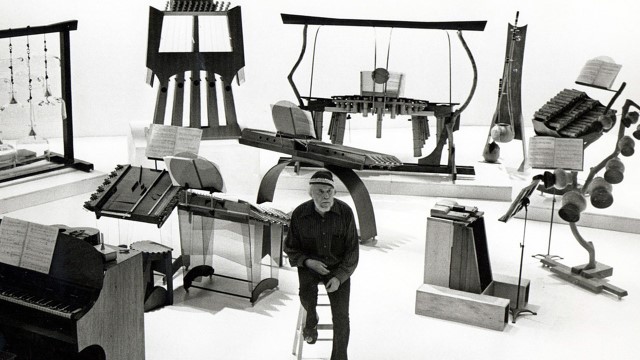