War From a Harlots Mouth 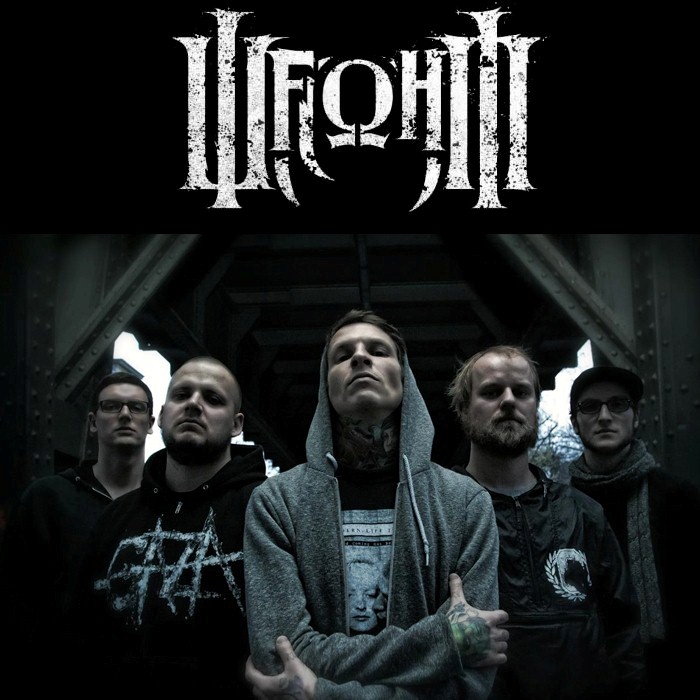 War from a Harlots Mouth was a German metalcore band from Berlin, formed in 2005. Consisting of vocalist Nico Webers, guitarists Simon Hawemann and Daniel Oberländer, bassist Filip Hantusch, and drummer Paule Seidel, the band is noted for a distinct musical style consisting of infusing many different genres into their songs, such as math metal, death metal, and jazz.

History
War from a Harlots Mouth was founded during 2005. Starting as a side-project consisting of three members only, including their vocalist, drummer and one guitarist, they recorded their first EP titled Falling Upstairs in cassette format during June 2006 with only 50 physical copies of it released. Later on that year, they released a CD/10" Split with deathcore act Molotov Solution on Twelve Gauge Records. After finding a second guitarist and a bassist in the end of 2006, WFAHM joined the War of Attrition Tour in 2007, promoting the album of the same name by Dying Fetus, accompanying bands Skinless and Cattle Decapitation, also joining the stage for Never Say Die! Fest with bands Ion Dissonance, Dead to Fall, and Through the Eyes of the Dead. Also in 2007, the band joined Lifeforce Records and released their album Transmetropolitan in September. The band during these times gained a lot of notoriety in their home city due to their lead vocalist, Steffan Winopal's extremely screechy and "dying" sound he gave off in his screamed vocals, distinguishing the band from many others that played in a similar style. They were also one of the first groups to incorporate jazz influence into their heavy sound around their area.

In September, the band joined the European tour of bands The Ocean and Intronaut. Vocalist Winopal left the band shortly after these tours, having Nico Webers, formerly of The Ocean replacing him. With Webers as a new vocalist, they went on their first headlining tour promoting Transmetropolitan with fellow labelmates Burning Skies. In 2008, they joined the Grinding into Catacylism Tour, with bands Psyopus, Left to Vanish, and Fuck the Facts, and later on released a 5" Split-CD on Sharkmen Records with the band Dead Flesh Fashion.

On January 28 of 2009, the band announced release dates for In Shoals prior to its release, during WFAHM's inclusion in the Thrash and Burn European Tour 2009. In Shoals is where the band started to show a change in musical direction and is also the first album with the band's vocalist Nico Webers. The album showed a departure from their deathcore sound and more into mathcore and metalcore territory reminiscent of bands such as Converge and Gaza. After this album, the band remained in this style for the rest of their career.

The group released their third full-length album, MMX on October 29, 2010. Given a high amount of acclaim the record was made available for streaming online prior to its physical and iTunes release.

On September 17, 2012, the band released a "lyrical video" for the first single- "Scopophobia", from their newest album Voyeur, which was released October 19 in Europe, and November 6 in the U.S.

Indefinite hiatus and controversy with Attila
The band announced that they would be going on a "indefinite hiatus" on August 16, 2013 followed by releasing an announcement of a farewell tour. The tour ended in their home city (Berlin) where their final show was played on December 30, 2013 and was filmed in its entirety.

During November of 2016, War from a Harlots Mouth made a post accusing the American band Attila of plagiarism for stealing an idea from one of their songs. In the open letter, WFAHM referred to Attila as "undoubtedly most mentally challenged band on planet earth" and claimed that their song "Obsession" stole the idea of sampling the sounds of a machine gun during a breakdown from their song "If You Want to Blame Us for Something Wrong, Please Abuse This Song", which was released 9 years earlier. 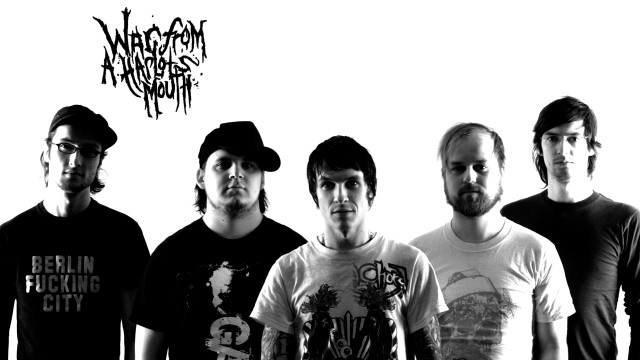