Hell in the Club 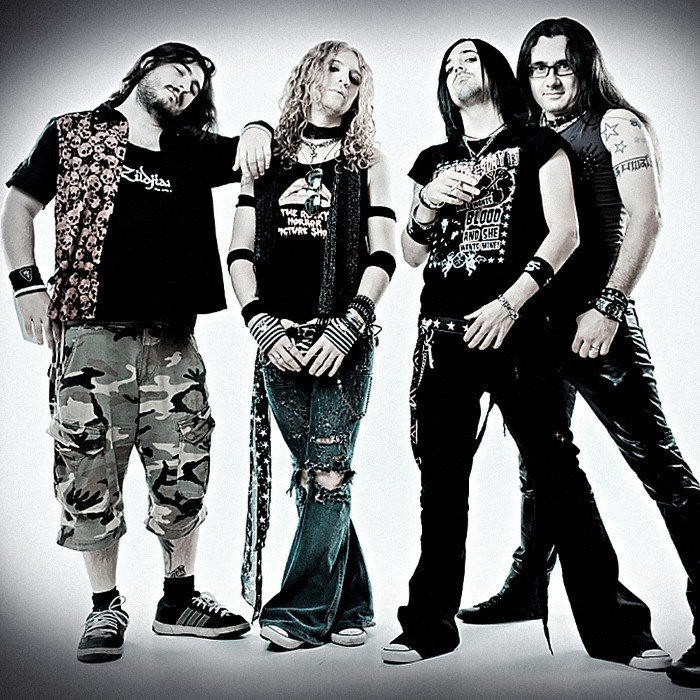 HELL IN THE CLUB is the name of the new rock'n'roll monster created by members of two of the most talented Italian heavy metal bands around: SECRET SPHERE and ELVENKING.
Active since the middle 90's these two bands have written the history of Italian and International heavy metal with the release of many successful albums and with their presence on some of the most important metal stages.

ANDY// Andrea Buratto, bass player of Secret Sphere had on his mind this rock'n'roll project for many years . With all the experience and confidence he gained through all the time with Secret Sphere he was ready to launch his own ambitious band and finally, after writing a bunch of perfect kickass songs he recruited the rest of the gang.

PICCO// Andrea Piccardi was his first choice. He is one of the most talented rock session guitarist in the area and it was very clear that he could be the perfect guitar player for HELL IN THE CLUB, both for his skills and his great taste in composing and arranging music.

DAVE// Andy was aware that the job for the singer was a hard one to fill. In fact when the band started to work on the songs, didn't have a singer. But then it happened that Secret Sphere shared the same stage with Elvenking and the bass player realized that Damnagoras could be the right choice! He eventually contacted him et voilà! HELL IN THE CLUB had the right rockin' voice!

FEDE// The band needed a devoted and skilled musician also on the drums and Secret Sphere's Federico Pennazzato was the man! Groove, power and a high musical taste ...this is Fede!

Summer 2009/2010... it was now time to record the very first songs! The band entered AUTHOMA STUDIOS in Alessandria and layed down 12 rockin' jewels: NATURAL BORN ROCKERS, ROCK DOWN THIS PLACE, ON THE ROAD, STAR, RAISE YOUR DRINKIN' GLASS are some of the titles.

HELL IN THE CLUB first full length album will be entitled "LET THE GAMES BEGIN" and will be released in Europe, Japan and USA through a collaboration of different labels RED PONY / GET ROCKED, AVENUE OF ALLIES and BAD REPUTATION in JANUARY 2011. The record companies are already setting a promotional and booking plan in order to support and promote the band all over the world while the band has shot the video of first single "ON THE ROAD" that will premiere YouTube and tv channels in winter 2010/2011..

So this is HELL IN THE CLUB! A big new rock'n'roll band that knocks down your soul and takes you right into a hellride of fun, power and emotions with a big dose of hard rock!
HELL IN THE CLUB will distress you, they'll make you dance, sing and bang your heads with their songs and their amazing live shows...rock'n'roll is the word!! Are you ready to raise some fuckin' hell???

*(quoted from their homepage: http://www.hellintheclub.com/webwheel/index.html)*