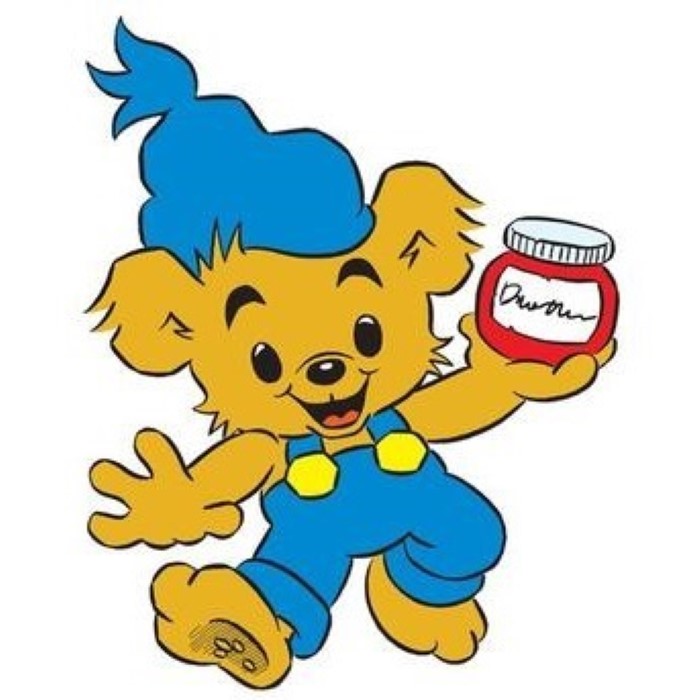 Bamse – Världens starkaste björn ("The world's strongest bear") is a Swedish cartoon created by Rune Andréasson. The highly popular children's cartoon first emerged as a series of television short films as well as a weekly half page Sunday strip in 1966, before being published periodically in its own comic magazine since 1973.

Andréasson did all the artwork himself until 1975 and wrote all comics until 1990. Francisco Tora did all the illustrations from 1976 until he was joined by Bo Michanek in 1983. In the early 1990s several new writers and illustrators were hired, including Claes Reimerthi, Anna Friberger and Tony Cronstam. Andréasson continued to do the magazine cover illustrations until 1992.

The series somewhat changed direction when Bamse had children, specifically triplets, in 1982. In 1986 he had a fourth child, and his friend Lille Skutt having one at the same time. Family life is now in focus, and here also the basic values shine through, like that of gender equality. In 1989 Skalman noticed that Bamse's fourth child Brumma had a mental disability, later defined as Asperger's syndrome, which again brought up the subject of equality. The children did develop in real-time within the magazine, but seem to have been fixed in age since around 1990. They are now around nine years old, in a narratively advantageous eternal state as third-graders.

Both the early Sunday strips and the early magazines have today been reprinted as glossy hard-bound volumes.

In 1998 the themepark Bamses Värld ("Bamse's World" or "The World of Bamse") started as an attraction at the Kolmården Zoo, with theater performances, restaurant and houses from the comic.