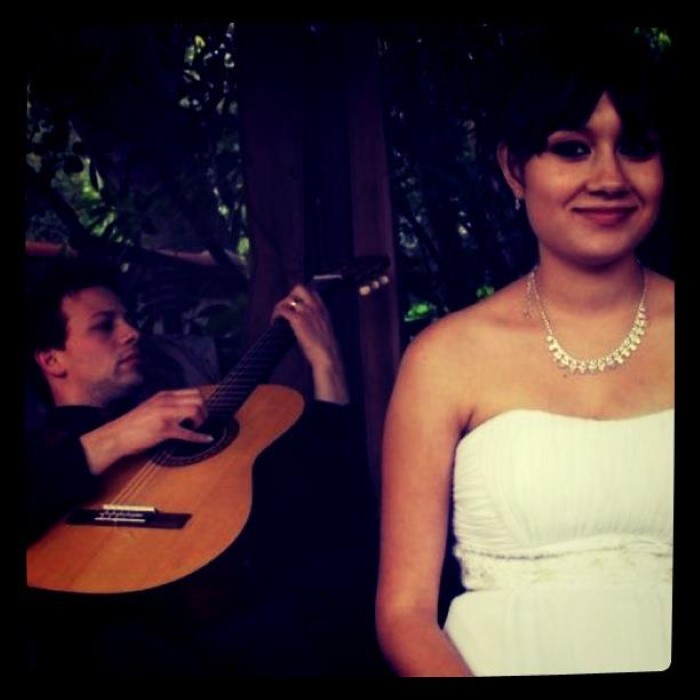 Jysi And Josh From FRESNO, CA. A married couple who decided to make music for the love of music!

On July 25, 2011, the music of Amarante first appeared on SoundCloud and has since generated over a half a million plays as well as securing the #7, #14 and #24 spots (as of 5/6/2014) for three separate tracks on SoundCloud. However, it all had to start from somewhere.

The music that you hear is self produced from a small bedroom in Southern California where the songwriting, recording, mixing and mastering comes alive. Using just a single mic, a keyboard, a guitar and a little hand thuds to the table to create drum effects; singer/songwriter Josh and Jysi on vocals form the duo Amarante whom create very unique and eclectic songs that have appeared in YouTube videos around the world.

Since September 28, 2012, eighteen different tracks from Amarante’s catalog of over 50 tracks have appeared on forty-two videos from YouTube creators from around the world in countries such as France, UK, Russia, Canada, Australia, Italy, Amsterdam and in the US. Collectively, these videos have generated 2,386,937 views on YouTube as of May 6, 2014 which has led to and contributed to a growing support of fans from all over the world.

They currently have Four Albums and two EPs, which can be bought here: http://amarante.bandcamp.com/

Also have many cover songs and other songs which can be heard here: http://soundcloud.com/amarantemusic Read more on Last.fm.