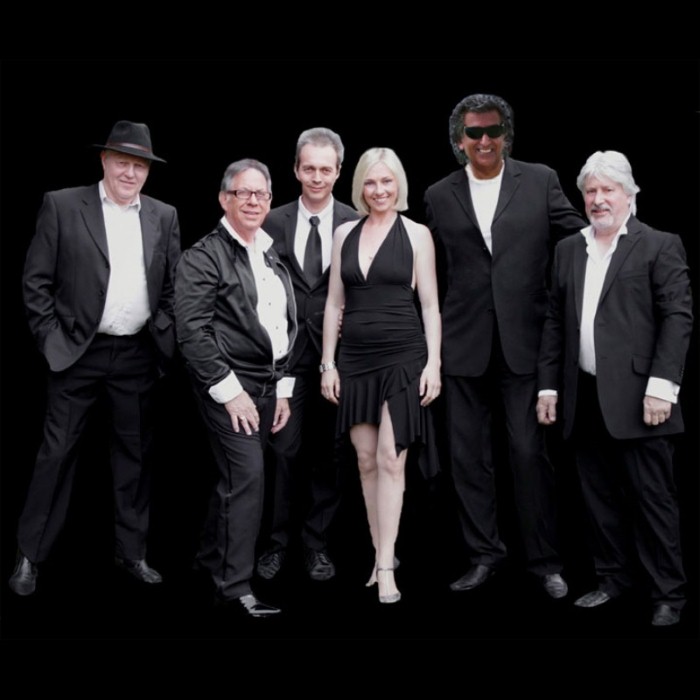 The Honeycombs were an English beat/pop group, founded in 1963 in North London, best known for their chart-topping 1964 hit, the million selling "Have I the Right?" The band featured Honey Lantree on drums, one of the few female drummers in bands at that time.
The group was founded in November 1963 as an amateur band founded by Martin Murray. Its members were Murray (a hairdresser), his salon assistant Honey Lantree, her brother John, and two friends. Originally they called themselves the Sheratons.
The group played dates in the West End of London, and at the Mildmay Tavern, a North London pub. Among those attending an appearance of the band in February 1964 were aspiring songwriters Ken Howard and Alan Blaikley. Howard and Blaikley would become a prolific British songwriting team, but in 1964 they had just started their career. They got into conversation with the group, which appeared interested in a few songs the duo had just written. The group had already arranged an audition with indie record producer Joe Meek. The audition resulted in a recording of Howard and Blaikley's "Have I the Right?" Meek himself provided the B-side, "Please Don't Pretend Again".
Meek used his apartment at 304 Holloway Road, Islington, as a recording studio. Three UK No. 1 hits were produced there: "Johnny Remember Me" by John Leyton, "Telstar" by The Tornados and "Have I the Right?"
Conspicuous in "Have I the Right?" is the prominence of the drums, whose effect was enhanced by members of the group stamping their feet on the wooden stairs to the studio. Meek recorded the effect with five microphones he had fixed to the banisters with bicycle clips. For the finishing touch someone beat a tambourine directly onto a microphone. The recording was also somewhat sped up.
"Have I the Right?" was released in June 1964 on the Pye record label. Louis Benjamin (1922–1994), Pye's later chairman, renamed the group as "The Honeycombs", a pun on the drummer's name and her job as a hairdresser's assistant. The sales started slowly, but by the end of July the record started to climb the UK Singles Chart. Honey Lantree's status as a female drummer in a top band was as unusual then as it is now, and some questioned whether she was just a visual novelty, despite her genuine drumming ability. At the end of August the record reached No. 1. "Have I the Right?" was also a big success outside the UK, hitting No. 1 in Australia and Canada, No. 3 in Ireland, No. 5 in the US, and No. 2 in the Netherlands. Overall sales of the record reached a million. The Honeycombs also recorded a German version of the song: "Hab ich das Recht?" Both the English and the German versions reached No 21 in the German charts: the English one in October, the German one in November 1964.
From then on Howard and Blaikley acted as the group's managers and also wrote their next singles, "Is It Because" and "Eyes". These records did not sell well. This also applied to their fourth single, "Something Better Beginning", written by Ray Davies from the Kinks.
Soon after their first record had become a hit, the Honeycombs went on tour to the Far East and Australia, and were not able to promote their new records at home. The tour gained them a long-lasting popularity in Japan, however. Especially for the Japanese market the group produced a live album and a single, "Love in Tokyo". The group also made a lasting impression in Sweden, where they scored two No. 1 singles.
The Honeycombs made many appearances on music television shows such as Top of the Pops, Ready Steady Go! (UK), Shindig! (US), and Beat-Club (Germany). The group also appeared in the 1965 film Pop Gear, miming "Have I the Right?" and "Eyes".
In July 1965, British music magazine NME reported that it had been agreed in the London High Court that "Have I The Right?" was the work of Howard and Blaikley. Composer Geoff Goddard agreed to drop allegations that he, not they, had written the song.
In August 1965 the group released, "That's the Way", with Honey Lantree sharing vocals with D'Ell (when on tour, Viv Prince of The Pretty Things took over the drumming). This record became their fourth British hit and reached No. 12. Its successor, "This Year Next Year", again with Lantree and D'Ell sharing vocals, did not reach the UK chart.
D'Ell sang on all but the last single the group recorded. "Who Is Sylvia?" was an adaptation of Franz Schubert's song "An Sylvia". "It's So Hard" was also recorded by Dave Dee, Dozy, Beaky, Mick & Tich as "Hard to Love You".
In April 1966 Denis D'Ell, Alan Ward and Peter Pye left the group. 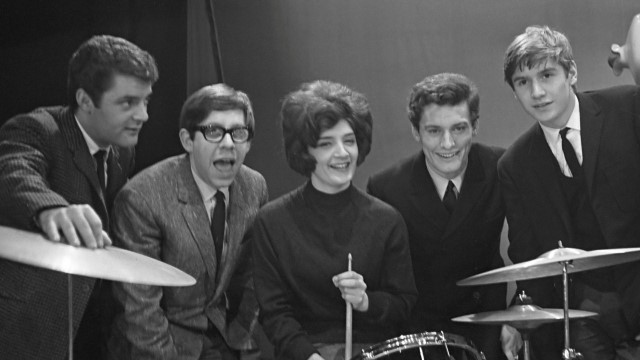