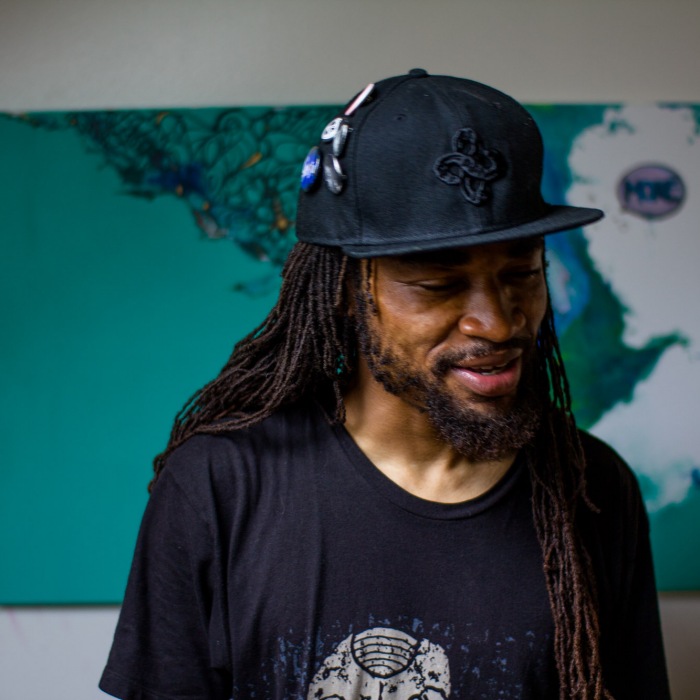 With a deep reverence for the history and culture of East Coast hip hop and a penchant for smooth soul, Hassaan Mackey's reputation stems from dues paid long before most of his peers even considered picking up a mic. Gaining acclaim as a freestyler and battle rapper from his early teens, the Rochester, New York MC became one of the most prominent faces of his hometown's hip hop scene, hosting performances throughout the city and even sharing the stage with Common during a tour stop. Using a technique honed during his years as a battle MC to deliver deeply personal rhymes reflecting the settings and circumstances of his upbringing, Mackey's introspective narratives delve deep into the soul of a product of hip hop's golden era.

Hassaan's services were soon sought after by numerous artists for his lyrical versatility, and he garnered international attention through a series of collaborations in the early 2000s. 'I'd feature on a joint or we'd do a joint together and things started to happen for me from there," he recalls. Sessions with frequent collaborator Emilio Rojas led to Mackey's laying down tracks with such esteemed producers as New Jersey's Illmind, Canada's Muneshine, and Australia's M-Phazes, and by 2008 he had appeared on tracks with Kenn Starr, Supastition, Oddisee, Planet Asia, and Kev Brown. Hassaan is also a member of the celebrated Low Budget Crew, a D.C.-founded assembly including Oddisee, Kenn Starr, Kev Brown, Peter Rosenberg, and Kaimbr, among others.

An artistic breakthrough occurred in 2007, when he was selected as one of the infamous Rawkus 50 in the historic label's project to digitally market new records by 'the next 50 important hip hop artists." His debut Soul for Sale saw light alongside albums by such luminaries as Finale, Bekay, Dynas, Grand Agent, Kaze, and the Regiment. 'Soul for Sale" served to further widen Hassaan's audience with its soulful, low-key production and meticulously penned verses.

Citing his musical inspiration, Hassaan confesses, 'I've lost more than most folks ever do and never once did I complain. I just took the pain and turned it into music." Having overcome a series of personal losses, his heavyhearted delivery carries anguish yet also the hope and optimism of one determined to succeed: 'If you like double-fisted, mic-gripping, ass-kicking potent lyrics straight from the depths of the motherf*cking soul,then you are ready for the Mack attack!" Hassaan laughs.

Having worked with multiple artists among the Mello Music Group stable, Hassaan appeared on The Left's Gas Mask LP in 2010, a critically lauded collaboration between Detroit artists Apollo Brown, Journalist 103, and DJ Soko. The track 'How We Live" sowed the seeds for a full-length MMG collaboration with Apollo Brown titled Daily Bread, which was released on July 26, 2011.