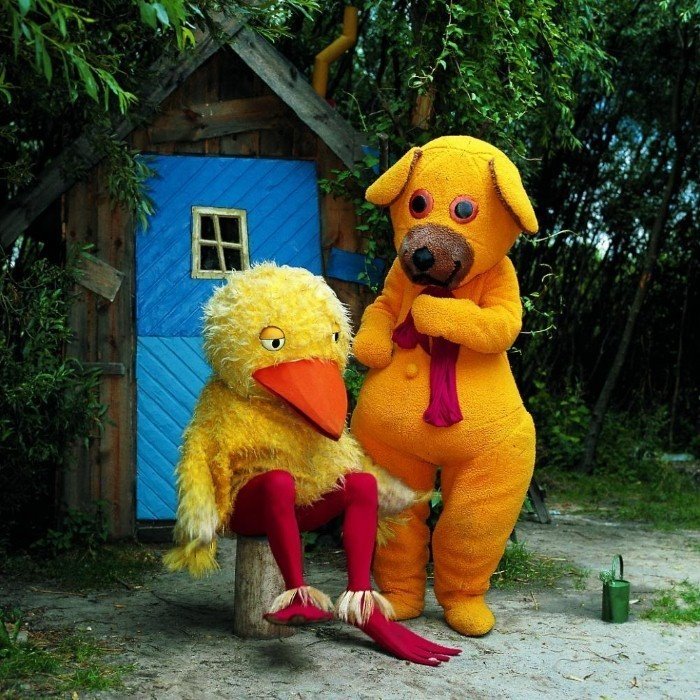 Danish childrens TV-series characters.
The Bamse character has bee around in various childrens TV-series on the DR public service channel dating from 1980 to 2010. In short the TV-series are often referred to as just Bamse & Kylling. Over time the Bamse Character has been played by six actor including Søren Hauch-Fausbøll, Morten Eisner, Lars Bom and Lars Elstrøm.
The Kylling character has been played by Brian Patterson (5) and occationally by Mogens Tripsen Nielsen.
The third non-human character, Ælling, is played by Joan Bentsen, and the human characters Luna and Aske are played by siblings Alberte Winding and Aske Bentzon