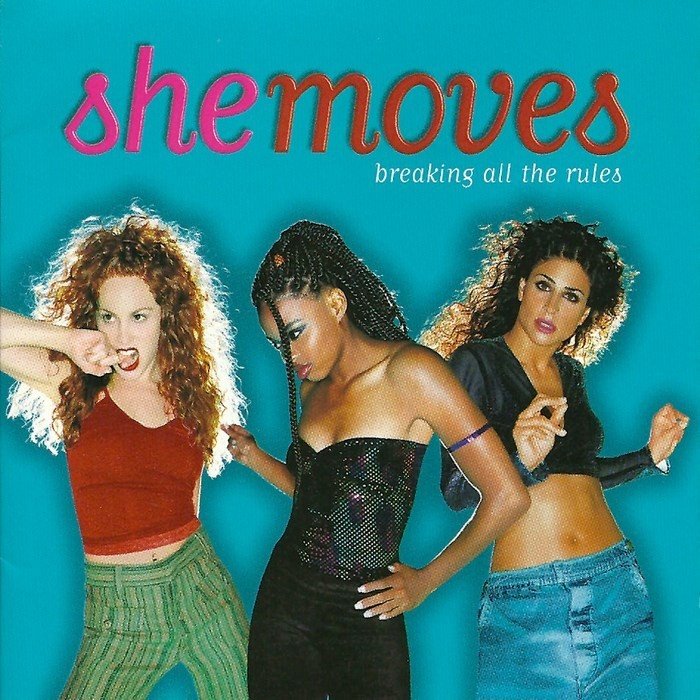 Breaking All The Rules (0)

Danielle got her industry start as a dancer and host of the popular 1990s MTV show The Grind, while Diana had danced in music videos for Salt N Pepa, Lil' Kim and Missy Elliott.

In 1997 the German-born, New York-based producers Berman Brothers, who produced Real McCoy's multi-platinum selling debut, formed She Moves, only months after they heard Carla wow the crowd at Madison Square Garden before a playoff game with her soulful, a cappella rendition of the national anthem.

In the Summer of 1997, the group released their debut single, "Breaking All The Rules". It became a Top 40 hit on the Billboard Hot 100, peaking at No.32. On November 18, 1997, their debut album of the same title was released. Sales were poor despite the successful single on radio and exposure on BET and MTV. The group performed the single during the swimsuit competition at Miss USA 1998. Geffen Records followed with the single "It's Your Love". Though it charted it didn't help album sales and peaked at No. 67 on the Billboard Hot 100, even though the song was nominated for a Grammy Award for Best Country Song, thanks to the remake by Tim McGraw and Faith Hill. The label gave the album a third chance with another single, "Just for Tonight". It was released but failed to chart. The girls also appeared on a skit on Saturday Night Live. Geffen Records decided to drop the dance group from the label in 1999.

By wikipedia.org Read more on Last.fm.