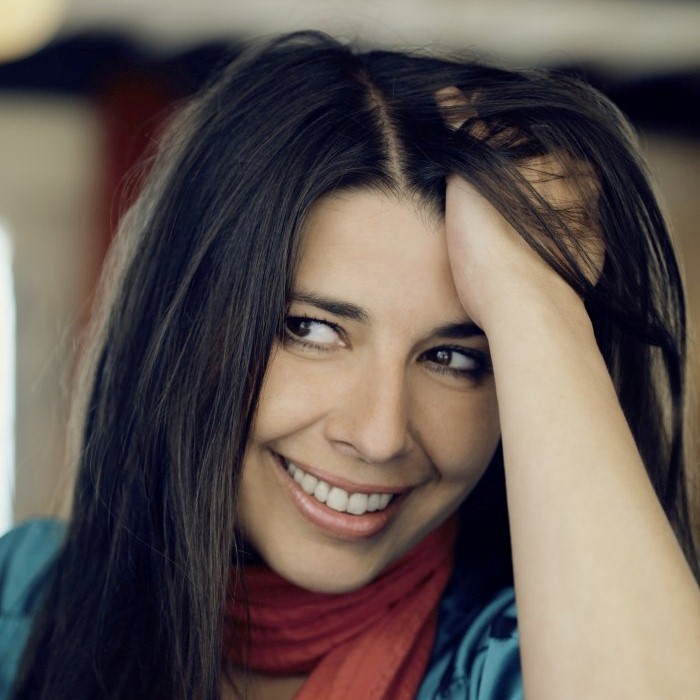 Yvonne Sánchez didn't mean to be a jazz singer, but destiny has brought her down this path. This Polish-Cuban jazz vocalist, with her honey-smooth voice, has wooed audiences across the world. Having performed briefly as a percussionist with some of the top musicians in her native Poland, including Jozef Skrezek, she moved to Germany and left music behind her. In 1994 she moved to Prague where she met the saxophonist Mike Tramonte and the guitarist Max Voegler who helped her discover her hidden voice. Within months Sánchez had become a staple of the Prague jazz scene, playing with the country's top musicians including bassist Robert Balzar, pianist Jan "Najponk" Knop and saxophonist Karel Ruzicka, Jr. Her repertoire spaned jazz standard by Duke Ellington, Richard Rodgers and Lorenz Hart, to the Bossa Nova sounds of Antonio Carlos Jobim. In 1995 she gave her first concert, at Prague's famed Reduta Jazz Club, where musicians as diverse as Mile Davis to former American president Bill Clinton have played. She continued to immerse herself in the Prague jazz scene culminating in been awarded vocalist of the year (1998) by the prestigious Czech Jazz Society. Sánchez says simply : "I fell in love with Prague. There was something in the air, and I thought it would be nice to live here for a while". Yvonne is completely self-taught, and has a unique style of interpretation. She approaches a new song by reading the sheet music, or by hearing the musicians play the instrumentals. Then she feels how the words should embrace the music. Her clear tones and sensual interpretations have earned her comparison with some of the greats. The journey of a musician is never planed and Yvonnes is no different. She has performed in Germany, Israel, Portugal, France, Cuba, Brazil and the United States. These different cultures have acted as a catalyst for development. As she strays outside conventional jazz she has embraced the music of her latin roots, Bossa Nova and Samba. The results of this can be heard on her debut 2001 album "Invitation", recorded with the renounded Robert Balzar Trio. The following year "Invitation" was nominated for a Czech Grammy. "During my visit in Brazil I had the opportunityto work with various artist such as the great Juarez Moreira who plays with the father of Bossa Nova Tom Jobim and Esdras Ferreira but also with young upcoming artist like Cleber Alves, and Marcelo Rocha. This experience, their feedback and the love for this music evident in my own compositions convinced me that I should pursue this genre of music. It's definitely more Brazilian than Cuban". Sánchez admits laughing. Yvonne is currently preparing for her second album which will be mainly jazz. The latin project is also planned to be recorded in 2004. This will be bossa nova and samba sung in the original language, Portuguese, and also some of her own compositions with a latin flavour. "When I think of jazz divas, I immediately think about Sarah Vaughan, Ella Fitzgerald, Dinah Washington....but there is only one lady who has this sweet pain in her voice, those who know what I'm talking about already know I'm referring to Billie Holiday. This is the inspiration which I will pursue and I hope to get a little of this sweet pain on my next record".