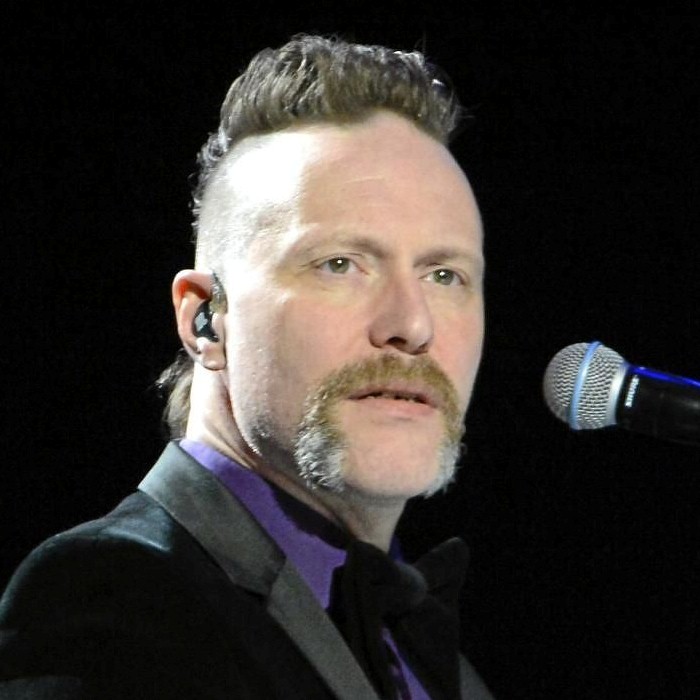 Ralf Gyllenhammar (born1966) is vocalist, songwriter and rhythm guitarist of the Swedish Hard Rock/Stoner/Metal Band MUSTASCH... In the beginning of the 90s he played with Hannes Hansson, Mats Hansson und Mats Johansson in a punkrock band called Grindestone, which disbanded in 1995. From 1995 till 1998 Gyllenhammar, using the stage name Ralph Lennart, sang in the Swedish Thrash/Stoner band B-Thong. In 1998, together with his former Grindstone fellows, he founded MUSTASCH, making them win the Swedish Grammy as Best Hardrock Band in 2007 and 2010. When Gyllenhammar is not busy touring and recording with MUSTASCH, he works as a presenter in several Swedish TV productions. Besides endorsements by Schecter Guitars, Mesa Boogie Amps and Skull Strings, Ralf Gyllenhamnar is also endorsed by Jack Daniels whiskey. He happily shares the luck of this one-of-a-kind arrangement by handing round a bottle of Jack among the fans in the first row during their gigs. Though often compared with Ian Astbury of The Cult, Gylenhammar states John Lennon and Roger Daltrey of The Who as most influential examples when it comes to his singing.