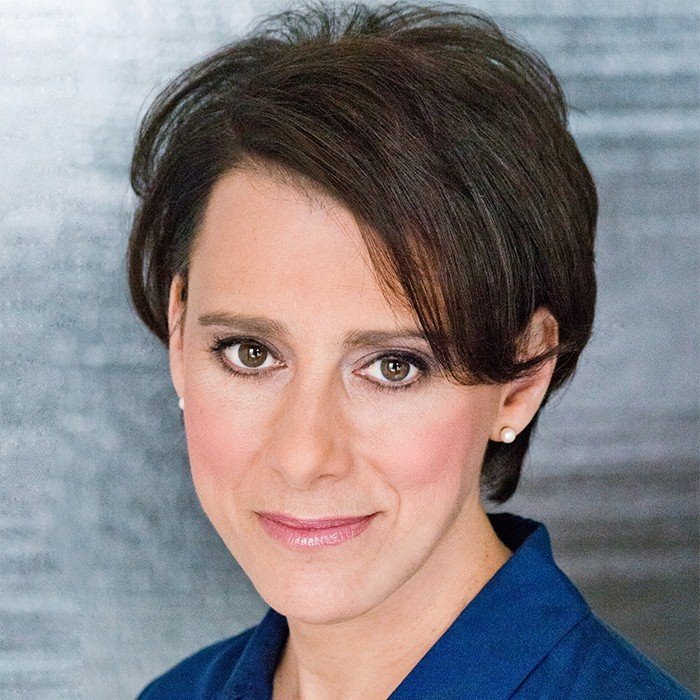 Judy Kuhn is an American actress and soprano. Kuhn was born in New York City on May 20, 1958. Her training as a classical soprano was at the Oberlin Conservatory of Music, from which she graduated in 1981. She earned her first Broadway credit working as an assistant to the director of a short-lived musical, Don't Step on My Olive Branch, in 1976. Her first onstage appearance on the Great White Way was in The Mystery of Edwin Drood, a Rupert Holmes musical based on the unfinished Charles Dickens novel, in 1985. Her next production was the ill-fated Rags, which closed two days after opening night, but she hit paydirt with her next assignment, the New York premiere of Les Misérables (1987), in which she portrayed Cosette, and for which she received her first Tony Award nomination, as Best Featured Actress in a Musical. The following year, Kuhn took on another transfer from London's West End, the Trevor Nunn-directed Chess, with music by Benny Andersson and Björn Ulvaeus (formerly of ABBA) and lyrics by Tim Rice. Despite the show's huge success in London, its creative team decided to rework it for Broadway, with disastrous results. It was greeted indifferently by the critics and closed after a less than two-month run, but Kuhn managed to earn another Tony nod, this time as Best Actress. Two Shakespearean Actors (1992), despite an impressive cast that included Brian Bedford, Frances Conroy, Hope Davis, Victor Garber, Laura Innes, and Eric Stoltz, was even less successful, closing after only sixty-two performances. Kuhn hit the jackpot once again with the 1993 revival of She Loves Me - the charming musical adaptation of the film The Shop Around the Corner - in which she portrayed Amalia Balash, a young Budapest shopgirl who is unaware that the co-worker she despises is the young man with whom she's been sharing an anonymous correspondence. Her performance was rewarded with a third Tony nomination. Kuhn's most recent Broadway appearances were in concerts. King David was a 1997 Disney project with a book and lyrics by Tim Rice and music by Alan Menken and directed by Mike Ockrent, but despite its impressive credits it never evolved into a full-scale production. Funny Girl (2002), with an all-star cast - including a series of different actresses taking on the role of Fanny Brice - was the much-anticipated second annual benefit for The Actors' Fund, with Kuhn singing the plaintive "Who Are You Now?" Kuhn's off-Broadway and regional theater credits include Eli's Comin' (for which she won an Obie Award), the title role in The Ballad of Little Jo at the Steppenwolf Theater Company in Chicago, As Thousands Cheer, Strike Up The Band, The Glass Menagerie, and Martin Guerre. She appeared in the Los Angeles production of Sunset Boulevard, and in London was nominated for an Olivier Award for her performance in Metropolis. She sang the title role in Disney's animated film Pocahontas, as well as in the made-for-video sequel, Pocahontas II: Journey to a New World. In the same year, Kuhn reprised her role as Cosette for the 10th anniversary production of Les Miserables at the Royal Albert Hall, London. Kuhn's television credits include the NBC crime drama Law & Order, the soap opera All My Children on ABC, and two PBS productions - My Favorite Broadway: The Leading Ladies and In Performance At The White House. Kuhn has performed in concert at Carnegie Hall, Alice Tully Hall, and Avery Fisher Hall in Manhattan, and at the Royal Albert Hall in London. In addition to being a cast member on various original cast recordings, she released a solo album, Just In Time: Judy Kuhn Sings Jule Styne. Discography * The Mystery of Edwin Drood (1985 Original Broadway Cast) * Les Misérables (1987 Original Broadway Cast) * Chess (1988 Original Broadway Cast) * Metropolis (1989 Original London Cast) * Sunset Boulevard (1994 Los Angeles Cast) * Just in Time: Judy Kuhn Sings Jule Styne (1995) * Les Miserables 10th Anniversary Concert (1996) * As Thousands Cheer (1998 New York Revival Cast)