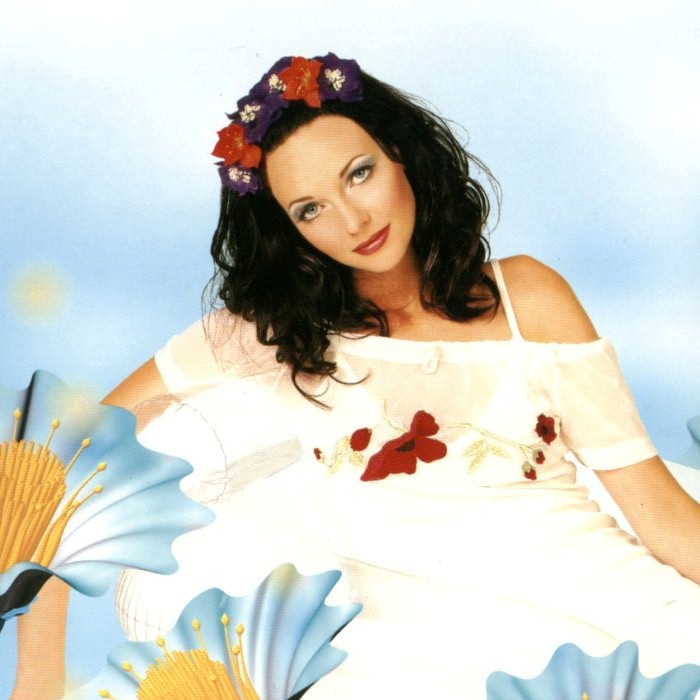 Bambee was Desirée Sparre-Enger a well-known Traditional Bubblegum dance artist from Norway. Bambee's music is well-known by fans of Dance Dance Revolution (DDR), in which many of her biggest hits were regularly used. Some of her most famous songs are Bumble Bee, Spaceman, Online, Typical Tropical, and her very first single Candy Girl. Name Origin Desirée chose the name "Bambee" as a reference to her eyes, as people often told her they are comparable to the eyes of "Bambi" from Disney's famous animated film. Originally, Desirée had considered using the name Bambi but changed the spelling to avoid copyright issues. History / Brief Biography Desirée discovered the wonderment of pop music at the age of two, and has kept the style and glamour of the pop-beat till today. All through her school years, Desirée frequently initiated pupils' performances with herself in the leading parts. Desirée performed in such musicals as "The Sound Of Music" and "Les Miserables," and her talent as a performer continued to grow. Desirée was working for the youth department in a national radio station when she first reached out for stardom. One day, a producer asked her if she wanted to sing the chorus for a song. Grabbing the opportunity, "Candy Girl" became the result. She decided to release the song as a single and signed on to Scandinavian Records. Now she needed a name. She got in touch with her good friend and singer, Shortcut, and they had a name brain-storming for Desirée. The first thing to strike his mind was Bambi. She made him think of Disney's famous deer animal character, because of her big, blue, innocent eyes. Des loved the idea of Bambi, but made a small change to Bambee, because of Disney's copyright laws. It was a huge and daring step for Desirée to take the plunge as Bambee, but she hasn't regretted it since. She probably had to fight harder than anyone to enter the play lists; expecting special treatment or any other benefit from her position would overrate her power - and underestimate the integrity of the radio jockeys. Supported by public demand, she traveled to major cities, and performed in small clubs all over Norway and Scandinavia. She was a part of a cross-country festival tour, arranged by national media and broadcast live on TV. She also starred in the Radio 1 Big City event and was invited to host the prestigious Radio 1 Music Awards show. The lack of limits had become one of Bambee's most powerful forces. She was confident in her career, proud of her appearance, and happy with the success she had achieved. Equally important is the touch of self-irony that allows Bambee to keep the artist in her, out of her private life. Sometimes it is necessary to separate the two, but a brief glance into her wardrobe (similar to the costume stock at any major theatre) makes you doubt her efforts to keep them apart. Either way, she is a creative and charming personality - neat, sweet and talented. She loves to play TV-games in her spare time and she is very keen when she is playing. It happens so often that she plays till late night. Her favourite game is Resident Evil. In The End Linnea Handberg, also known as Miss Papaya, is the secret artist behind Bambee. Together with Honeycutt and Left Hand Productions, Linnea wrote all of Bambee's songs, including the number one hits "Bumble Bee" and "Spaceman". A third album for Bambee was planned, and Linnea had even written a number of demos for the album. However, by this time Linnea was growing tired of being 'cheesy' and decided to move on from writing bubblegum dance styled music. She no longer had the interest in bubblegum music that she did in 1998, and she felt that the world would mature and bubblegum would eventually move out of the spotlight. She began working on a solo career as a pop singer. As a consequence, both the Bambee and Miss Papaya projects were abandoned, and since 2001, no new material has been released by Bambee.