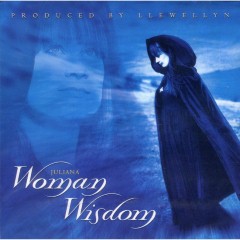 Heavily influenced by the well-known Enya, Juliana is a new age/adult contemporary vocalist who has favored a very ethereal, calm, and tranquil approach. But unlike former Clannad member Enya, Juliana is not from Ireland; the singer lives in England, where she has done her recording. One of the things that Juliana (who plays the Native American flute but is primarily a vocalist) shares with Enya is an interest in Celtic mythology; Juliana has combined her Celtic interests with stereotypical new age themes and imagery. And like Enya, Juliana has both pop and folk influences. In the early 2000s, Juliana signed with the independent, new age-oriented New World Music, a company that is based in England but also has offices in the United States, Australia, and Holland. In 2001, the British singer recorded Woman Wisdom, which was produced, arranged, and mostly written by fellow new age artist Llewellyn. The only song on Woman Wisdom that Llewellyn didn't write is "Marble Halls," which has also been recorded by Enya and is a traditional Irish song that Michael William Balfe (born 1808, died 1870) wrote in the 19th century.