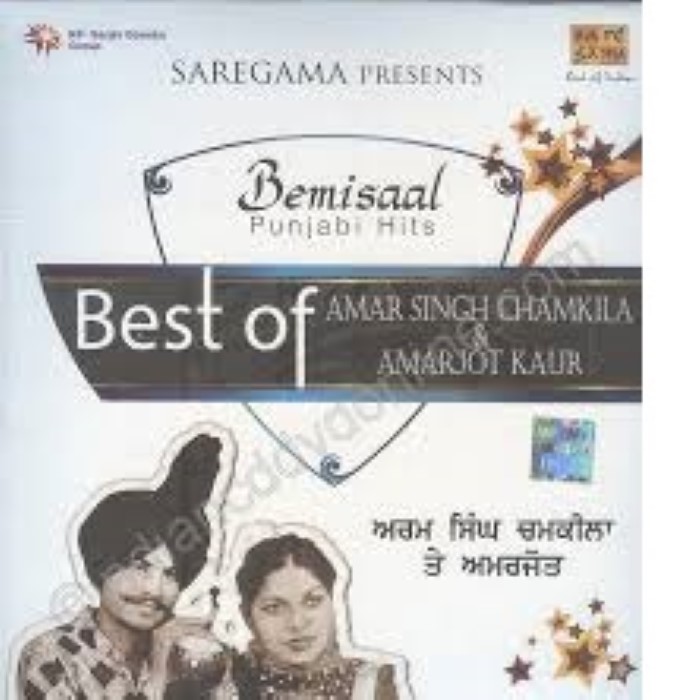 Amar Singh Chamkila was born as Dunni Ram on July 21, 1961 in the village of Dugri near Ludhiana, Punjab, India. The youngest child of Kartar Kaur and Hari Singh, he was educated at Gujar Khan Primary School in Dugri. His aspirations of becoming an electrician were unfulfilled and he found work at a Ludhiana cloth mill. Surinder Shinda has said that in 1979, he saw Chamkila for the first time and he was on a old cycle with chapatti in a tea towel. Shinda says that later on he heard him sing in his raw talent and had finally found the protege that he had been looking for. With a natural aptitude for music, he learned to play the harmonium and dholki and won himself the opportunity to play alongside Punjabi folk artists such as K. Deep, Mohammad Saddiq and Surinder Shinda. He wrote several songs for Shinda and accompanied him as a member of his entourage before deciding to pursue a solo career. It is rumoured that Chamkila was happy enough writing songs, but he wasn't earning enough money to look after his family, so had to start singing.