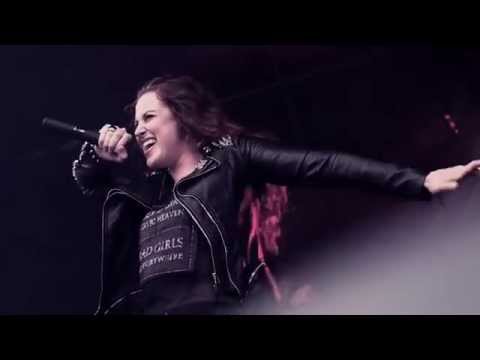 July 2007. Two footie-crazed Hell City core members Tommy and Niels met on several occasions at their favourite hangout place in Bilzen. Mastering some Hetfield moves and having burnt the bridge after an obscure death metal career, both were keen to start a band together. After buying a drum kit and several jam sessions later, a real maniac ended up on bass and a giant shredhead to play the leads. Although not properly informed about downtuned guitars, the first try-out with Ward and Vincent was a spark beyond compare. This lot was now operating under the name Hell City. All it needed was a proper singer, and Viggen vocalist Wouter did the trick. His talented voice and theatrical presence on stage matched the band's growing ambitions. In October 2009, they recorded their first EP, Here Comes the Sin. It did very well in the underground metal scene, but not only diehard fans spread the word. National radio station Studio Brussel recognized them as a talented upcoming Belgian band. Unfortunately, after a year or so, that line-up turned out to be a real match made in hell. So the cards were shuffled, a rock dude took care of rhythm guitars and Michelle came in the picture to be the band's front lady. Her kick-ass voice and ravishing performance completed the whole idea. In February 2012, the new line-up releases their first full album, Demons To Rest. The release show is scheduled on 11 February in CC Ter Kommen Hoeselt. Demons To Rest is a record which is a reminiscence of the old days, inspired by a modern metal standard, as well as classic hard rock and stoner groove. Catchy harmonies, tight riffing and skilful solos as an interpretation of influences like Metallica, Iron Maiden, Spiritual Beggars, Dream Theater and even killer death metal stuff. The album was recorded at Unbalanced Studio Genk and the mastering was done by none less than Alan Douches from West West Side Music (NY), known for his work with Mastodon, among others. Chris Prouvé, founder of Rough Trade and currently working as promoter for Music Shock, is the missing link between the band and the media. Fakto Records will be doing promo, bookings and distribution. Demons To Rest is released by Fakto Records on 17 February. Line-up Michelle Nivelle - Vocals Alan Coenegrachts - Rhythm Guitar Vincent Noben - Lead Guitar Ward Achten - Bass Tommy Goffin - Drums Online mail to: [email protected] www.hellcity.be www.fakto.be