Song of the Traveling Daughter (2005) 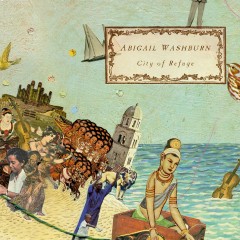 Abigail Washburn never set out to be a songwriter or a recording artist. Five years ago when she found herself on stage in a smoke-filled Beijing club playing her banjo and singing old-time Appalachian mountain music in Chinese to a packed house, she was as surprised as anyone. "A daring, definite talent, whose feel for the folk idiom results in moving material. Soulful is the word," hailed the Wall Street Journal in 2005, during that same tour of China. "On stage, her voice resonated with the power of a seasoned performer and her poetic hill tunes sounded all the more evocative in Chinese." As an "artist who best embodies the notion of Americana as a worldwide musical language" (The Tennessean), Abigail has created a new sound - a sound that challenges traditional notions of country and culture, embodied in the raw, transcendental music of the Sparrow Quartet. The all-star collaboration featuring Béla Fleck, acclaimed cellist Ben Sollee and Grammy-nominated fiddler, Casey Driessen will unveil Abigail Washburn & the Sparrow Quartet in May 2008 (Nettwerk). Produced by Béla Fleck and composed/arranged by the unconventional foursome, this record is Abigail's moment to "intentionally create art that is more than what I ever thought I was capable of," says Washburn. Abigail Washburn & The Sparrow Quartet became an "intimate exploration of crossing global and cultural lines within myself," says Abigail, who feels a reverence for both American and Chinese cultures. "As more and more people engage in this struggle for a new direction for the human spirit, we'll recognize that we're morphing into a global species." The unprecedented combination of two banjos (clawhammer and three-finger-style), cello and five-string fiddle unfolds - live and on record - in a dreamlike chamber suite. From the flawless 'Overture" and harrowing revival, "Strange Things," to the interplanetary, Puccini-inspired old-time fairy tale, "Great Big Wall in China." "These musicians allowed me to dream big, and they had the chops to execute it all, and then some," says Washburn. "This next phase is hardly a lone journey." Often considered the premiere banjo player in the world, Béla Fleck has virtually reinvented the image and sound of the banjo in a remarkable performing and recording career that has taken him all over the musical map. Aside from his long time group, Béla Fleck and the Flecktones, he recently journeyed across Africa to explore the origins of the banjo and record and shoot a documentary, 'Throw Down Your Heart,' premiering at festivals nationwide this year. A 10-time Grammy winner, Béla has been nominated 25 times in the most diverse categories of any artist in Grammy history. Born and raised in Kentucky, the young cellist and singer-songwriter Ben Sollee is changing the way people think of the cello. While Ben has studied classically, receiving his degree from the University of Louisville in 2006, his soulful voice and style of playing reflect his deep connection to American roots music. His cello playing is a unique alchemy of fiddling, percussive bow work, and three-finger style plucking. Beyond his work with The Sparrow Quartet Ben has toured and recorded with Avant Garde Blues man Otis Taylor. In 2007, NPR recognized Ben as one of the Great Unknown Artists of the year. His new solo album, Learning to Bend, will be released in the summer of 2008. Casey Driessen is a restless explorer and bold boundary crosser who listens for inspiration from Tennessee to Tibet. There's no solace in safety for this remarkable 29-year-old. With his debut album 3D (Sugar Hill), this worldly instrumentalist and composer is able to show off a little, not merely as a fast and inventive fiddler, but as a visionary who translates his passion for tradition and improvisation into important new American music. This vision was recognized in 2007 with a Grammy nomination for Best Country Instrumental Performance for the track "Jerusalem Ridge." Showcasing his signature percussive 'chop' style, the New York Times called the song a "tour de force." Prior to this new venture with the Sparrow Quartet, Washburn spent the past five years touring with Uncle Earl. The "all G'earl" group has released two records on the Rounder label, She Waits for Night (2005) and Waterloo, TN, (2007) the latter of which was produced by John Paul Jones of Led Zeppelin. In the midst of touring with Uncle Earl Washburn released her first solo debut, and bilingual album, Song of the Traveling Daughter, (Nettwerk) to much critical acclaim. At that point Abigail joined cellist, Ben Sollee, in performing her music around the globe. In 2005 Abigail, Ben and a few talented friends--Béla Fleck on banjo, Casey Driessen on fiddle- toured China. In 2006, the US State Department and the American Center for Educational Exchange requested that the group come back to lead the first official tour of a US band in Tibet. In 2008 and 2009, Abigail Washburn and the Sparrow Quartet will turn their attention to touring the US and Canada behind Abigail Washburn & The Sparrow Quartet with appearances at festivals including New Orleans Jazz & Heritage, Merlefest, Bonnaroo Music and Arts Festival, Vancouver Folk Festival and many more. They will return to China with the full-length release for performances at the 2008 Summer Olympics in Beijing. While previewing new material at Coachella, the LA Times hailed, ""Washburn stomped and skipped through fiery Appalachian takes on the local songs of Sichuan. Her bilingualism's no gimmick; she nails the dips and peaks of pitch while leading her band in scorching variations on simple, repetitive traditional melodies... she ended one Chinese song about the pan-ethnic subject of baby-making by saying "That's some hot stuff from the Sichuan province there." "I had no intention of becoming a performer and yet under miraculous circumstances I was brought into the music industry fold," says Abigail. "If divine powers hadn't interfered I'd still be living in China working in some area of Sino-American comparative law." www.sparrowquartet.com // www.abigailwashburn.com - March 2008 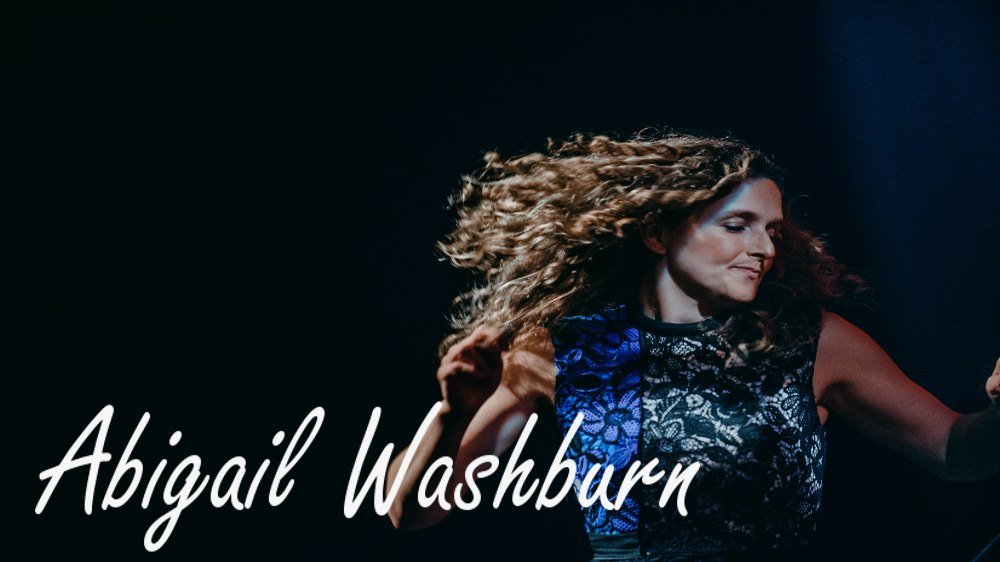 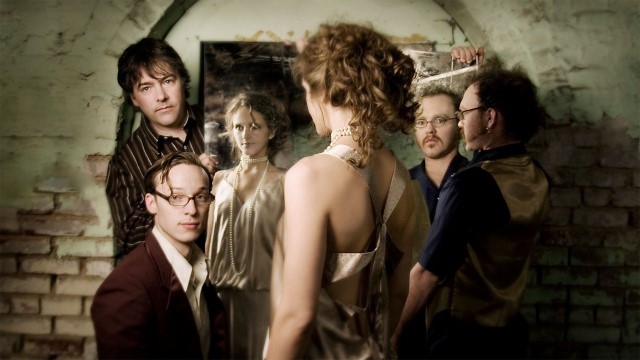 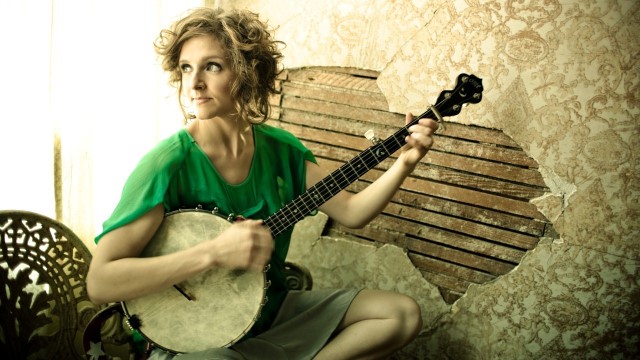