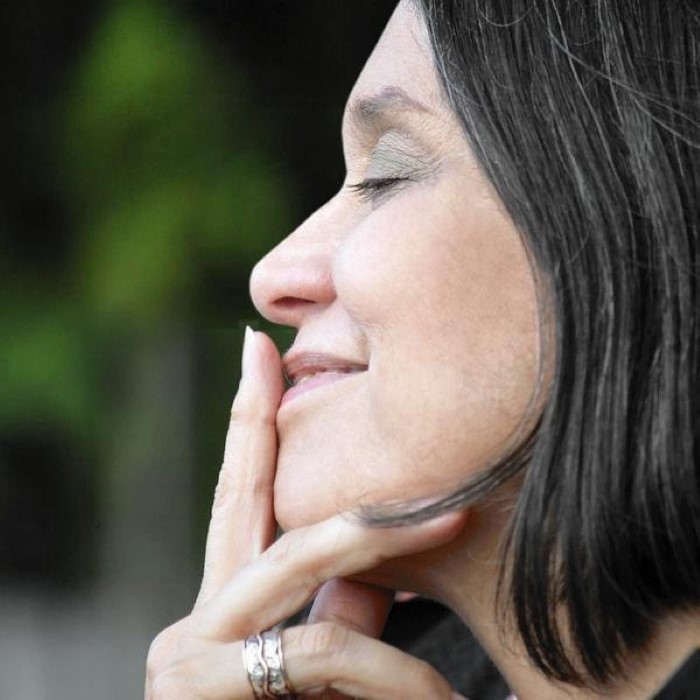 Joyce Silveira Moreno, commonly known as Joyce (Brazilian Portuguese: ) is a Brazilian singer/songwriter, as well as an accomplished guitarist and arranger. She was born in Rio de Janeiro on 31 January 1948. As of 2009, Joyce started using her full name, Joyce Moreno, for her future releases.

Joyce premiered in the late 60's, and since then has recorded over 20 solo albums, and appeared in myriad records with such artists as Elis Regina, Toninho Horta, Vinicius de Moraes, and Yoko Kanno. In recent years she has collaborated extensively with João Donato. Much of Joyce's work has been compared to the early boom of the jazz fusion scene in the United States.

She got her start in music by listening to her brother play the guitar, as well as listening to Ella Fitzgerald, Miles Davis and Billie Holiday for inspiration on emotions conveyed in music. Many people came into Joyce's house, and she easily got swept up in the music scene, having had in her childhood great encouragement in music.

Joyce refers to her music as "MCB" (Creative Music of Brazil), rather than MPB. She has recorded many movie and TV soundtracks, and is creator and host of the music-infused television program "Cantos do Rio".

She has also written a memoir, Fotografei Você na Minha Rolleyflex. In it, she discusses her experiences in the bossa nova and MPB movements, providing a fascinating portrait of fellow musicians, including João Gilberto.

She worked with Yoko Kanno in the Vol. 1 of the soundtrack of the anime Wolf's Rain.

Joyce is married to drummer Tutty Moreno, who plays in her band. Two of her daughters (Clara Moreno and Ana Martins), from her marriage to Nelson Angelo are also singers.

In 2011, she collaborated with Madlib to contribute a version of the song "Generation Match: Banana" to the Red Hot Organization's most recent charitable album "Red Hot+Rio 2." The album is a follow-up to the 1996 "Red Hot + Rio." Proceeds from the sales will be donated to raise awareness and money to fight AIDS/HIV and related health and social issues.

Over the course of an international career Joyce (aka Joyce Moreno) has recorded over 21 solo discs and over 300 of her songs by some of the greatest names in Brazilian and international music, such as Flora Purim, Milton Nascimento, Elis Regina, Gal Costa, and others. Her compositions have been featured in television, theater, and film soundtracks, such as The Player by Robert Altman. Touring internationally every year, she consolidated herself as an original artist with a distinctive voice and a personal compositional style predominantly celebrating her femininity.Her first recording, as a member of a vocal group, was in 1964 on the LP Conjunto Sambacana.

Her first solo album, titled Joyce (Philips), was released in 1968. The album wasn't successful because it already had Joyce's pioneering trademark: a female subject singing in the first-person, which was a difficult thing to swallow back then. She recorded two albums for that label (the next being Encontro Marcado in 1969), with extremely competent arrangers Dori Caymmi, Gaya, and Luiz Eça, but the consolidation of her musical style would only come later. In 1970, she joined the group A Tribo, which had important musicians like Nelson Ângelo, Toninho Horta, Novelli, and Naná Vasconcelos (later replaced by drummer Nenê). Backed by them, she recorded a four-track record for EMI, with "Caqui," "Adeus Maria Fulô," "Nada Será Como Antes," and "The Man from the Avenue" (1971).

After signing with Odeon in 1972, she teamed up with Nelson Ângelo to record Nelson Ângelo & Joyce .After taking a break from performing, she returned in 1975 after an invitation from Vinícius de Moraes to accompany him on an international tour both as a singer and as a guitar player. On one of the tour stops, Rome, Joyce met the Italian producer Sergio Bardotti, who produced an album with her for the Italian label Fonit-Cetra, Urban Bird (released in Brazil by Continental as Passarinho Urbano two years later). In 1977 she moved to New York where she committed herself to record an album produced by Claus Ogerman featuring Michael Brecker and other brilliant musicians, but it was never released. However, that short stint with American jazz musicians confirmed her own style. In 1980, her song "Clareana" (with Mauricio Maestro), a lullaby dedicated to her daughters Clara and Ana, was successful at that year's MPB Festival, becoming a national hit, a fact that put her career in perspective. Her songs became successfully recorded by such stars as Milton Nascimento, Elis Regina, Maria Bethânia, and many others.Signing a new contract with EMI, Joyce recorded Feminina (1980), her first self-created solo work. The next LP, Água e Luz, featured virtuoso accordionist Sivuca. Her own independent production of Tardes Cariocas (1984) was fruitful as the album was awarded Best Independent Album of the Year. Saudade do Futuro (Pointer, 1985) earned her an invitation from the Yamaha Festival in Japan. This was followed by an album with limited distribution on the Funarte label in conjunction with Continental, which was devoted to the important sambista Wilson Batista (Wilson Batista, Samba Foi Sua Glória, 1986).With her international career at full speed, Joyce has recorded albums in Brazil, the U.S. (Verve), Japan, and Germany. During the '90s, in the heat of the dance-oriented "new bossa" or "drum'n'bossa" movement, her music had additional impetus in Europe, more specifically in England.

In 1997, she released a book chronicling the behind-the-scenes world of MPB, Fotografei Você na Minha Rolleyflex (MultiMais Editorial). Moreno finished out the decade with two acclaimed albums, 1998's Astronauta: Cancões de Elis on Blue Jackel, and 1999's Hard Bossa, her first recording for the U.K's Far Out label. Her relationship with Far Out fostered a true renaissance for the singer. The 21st century saw Joyce immersed in a whirlwind of activity. In 2000, she issued Tudo Bonito on Sony, followed a year later with Gafieira Moderna on Far Out in the U.K. and Biscoito Fino in Brazil. Joyce and husband Tutty Moreno—her producer and drummer—toured behind both recordings, which prevented her from recording again until late 2002.

The splendid Bossa Duets album was issued by Sony in 2003. In 2004, Joyce issued a global hit record which has become a classic entry in her catalog: Just a Little Bit Crazy, backed by Banda Maluca (led by pianist Bugge Wesseltoft). It was released by Far Out everywhere but Brazil, where it was issued by Biscoito Fino. The album was so widely celebrated, it was followed by a live DVD documenting its supporting tour. Moreno didn't rest on her laurels, however: she recorded an album with Dori Caymmi entitled Rio Bahia for Far Out in 2005. She and Tutty shared billing on the excellent Samba-Jazz & Outras Bossas in 2007, again for Far Out. She issued a live CD/DVD combo package, Ao Vivo in 2008.

In 2009, Far Out released Visions of Dawn, a gorgeous lost album recorded with Naná Vasconcelos (percussion) and Mauricio Maestro (bass, electric bass, producer) in Paris in 1976. 2009 also saw Celebrating Jobim with the WDR Big Band released exclusively in Japan, and the Brazil-only Slow Music on Biscoito Fino. Moreno toured almost incessantly during 2010, before returning to the studio. These sessions—also for Far Out—became the beautiful Rio de Janeiro, which saw release at the start of 2012. 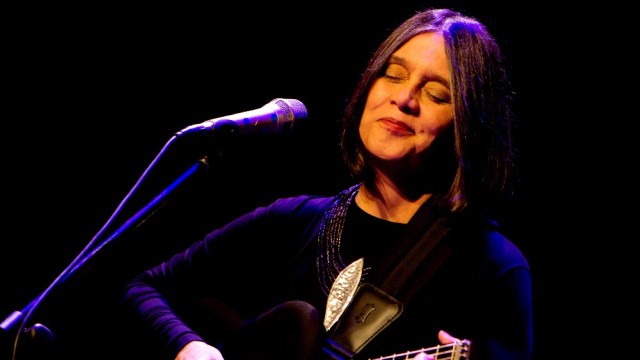