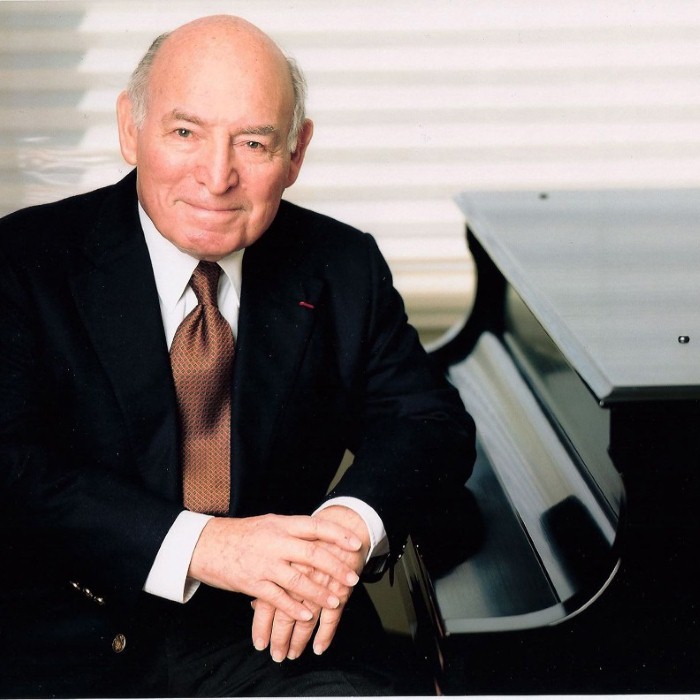 George Wein (born October 3, 1925) is an American jazz promoter and producer who has been called "the most famous jazz impresario" and "the most important non-player... in jazz history". He is the founder of what is probably the best-known jazz festival in the United States, the Newport Jazz Festival, which is held every summer in Newport, Rhode Island. He also co-founded the Newport Folk Festival with Pete Seeger and Theodore Bikel.

Life:
Wein was born in Boston, Massachusetts in 1925, the son of Dr. and Mrs. Barnet M. Wein, both his parents were ethnically Jewish. A graduate of Newton High School, Wein was a jazz pianist in his youth and while studying at Boston University led a small group which played professionally around the Boston area. After serving in the army during World War II, he graduated from Boston University's College of Liberal Arts in 1950 That same year, he opened a jazz club called Storyville and established a Storyville record label. He also began to teach a course at Boston University on the history of jazz.
In 1954 Newport residents Louis and Elaine Lorillard invited Wein to organize a festival in their hometown of Newport, Rhode Island, with funding to be provided by them; the subsequent festival was the first outdoor jazz festival in the United States, and became an annual tradition in Newport. Wein went on to start a number of festivals in other cities, including the New Orleans Jazz & Heritage Festival and the Playboy Jazz Festival in Los Angeles, and also established the Newport Folk Festival. In the 60s he set up Festival Productions, a company dedicated to promoting large-scale jazz events.
George Wein married Joyce Alexander in 1959
Wein pioneered the idea of corporate sponsorship for his events, and his "Schlitz Salute to Jazz" and "Kool Jazz Festival" were the first jazz events to feature title sponsors - Schlitz beer and Kool cigarettes. Festival Productions' feature event is now called "the JVC Jazz Festival at Newport", and the company runs JVC Jazz Festivals in cities including New York, Los Angeles, Chicago, Paris, Warsaw, and Tokyo. Other title sponsors of Festival Productions events include Mellon Bank, Essence Magazine, Verizon, Ben & Jerry's, and Dunkin' Donuts.

Awards:
Wein has received a wide array of honors for his work with jazz concerts. He received the Patron of the Arts Award from the Studio Museum of Harlem in 1995, and in 2004 was recognized with an Impact Award from the AARP. He was decorated with France's Légion d'honneur and appointed a Commandeur de L'Ordre des Arts et Lettres (Commander of the Order of Arts and Literature) by the French government. He has been honored at the White House by two American presidents, Jimmy Carter in 1978 and Bill Clinton in 1993. In 2005 he was named a "Jazz Master" by the National Endowment for the Arts. His autobiography, Myself Among Others: A Life in Music was singled out as 2004's best book about jazz by the Jazz Journalists Association. Wein has received honorary degrees from the Berklee College of Music and Rhode Island College of Music, and is a lifetime Honorary Trustee of Carnegie Hall.
Wein is a distinguished member of the Board of Directors Advisory committee of The Jazz Foundation of America He has also performed and presented at The Jazz Foundation's benefit / concert "A Great Night in Harlem". He presented the "Saint of Jazz Award to Harry Elias of JVC America along with Bill Cosby in 2002. 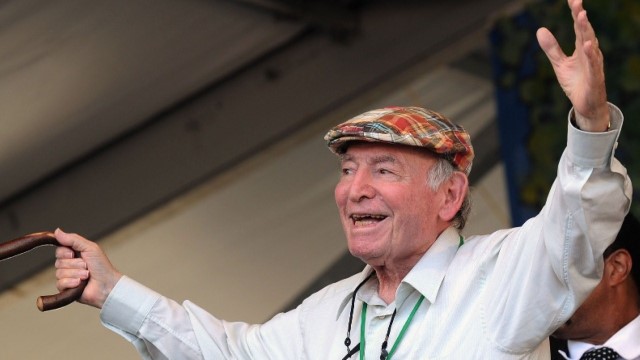