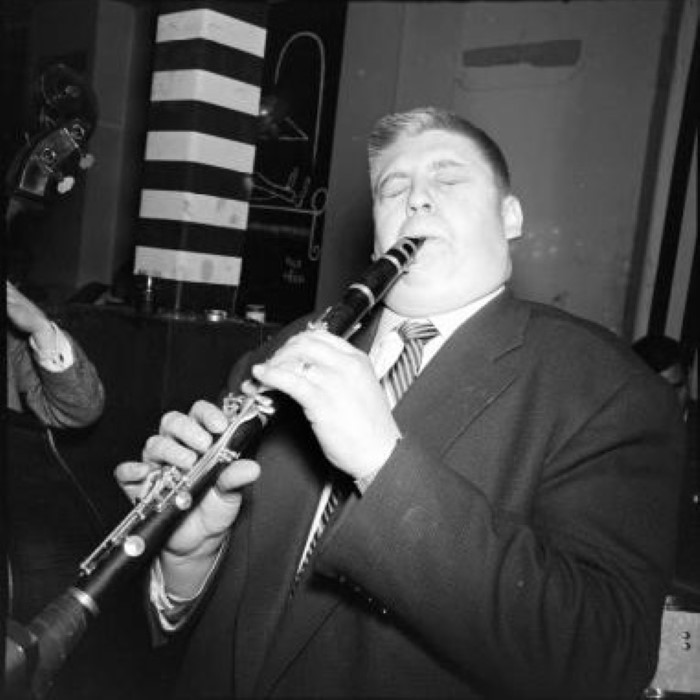 Fatty George ( born April 24, 1927 in Vienna as Franz Georg Pressler; died March 29, 1982 in Vienna ) was an Austrian clarinetist and jazz musician. He was one of the major musical personalities of Revival Jazz in Europe, made ​​the swinging mainstream jazz in Austria popular and created a distinctive type of synthesis of different jazz styles.
He studied saxophone at the Conservatory and at the Music Academy of Vienna ; stylistically he had been initially influenced by Benny Goodman before he found his personal to the Modern Jazz.
In 1955 he returned with this band (which included Joe Zawinul) to Vienna . In 1952 he opened the first " Jazz Casino " in Innsbruck , in 1955 - the Jazz Casino in St. Annahof ( Vienna ) , where he played with his band Two sounds . In 1958 he founded Fatty's Saloon in the capital , where he also organized jam sessions with international jazz greats like Lionel Hampton , Art Blakey or Ella Fitzgerald and otherwise focused on Dixieland in his regular band. 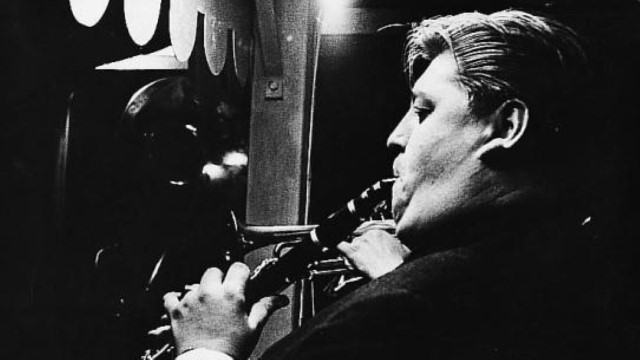