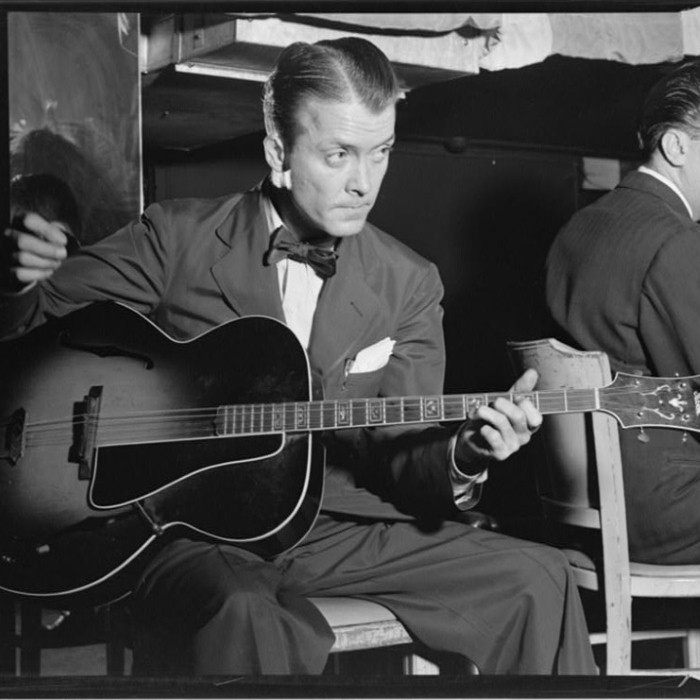 Albert Edwin Condon (November 16, 1905 – August 4, 1973), better known as Eddie Condon, was a jazz banjoist, guitarist, and bandleader. A leading figure in the so-called "Chicago school" of early Dixieland, he also played piano and sang on occasion.
Condon was born in Goodland, Indiana, the son of John and Margaret (née McGraw) Condon. He grew up in Momence, Illinois and Chicago Heights, Illinois, where he attended St. Agnes and Bloom High School. After some time playing ukulele, he switched to banjo and was a professional musician by 1921. He was based in Chicago for most of the 1920s, and played with such jazz notables as Bix Beiderbecke, Jack Teagarden and Frank Teschemacher.

In 1928, Condon moved to New York City. He frequently arranged jazz sessions for various record labels, sometimes playing with the artists he brought to the recording studios, including Louis Armstrong and Fats Waller. He organised racially-integrated recording sessions – when these were still rare – with Waller, Armstrong and Henry 'Red' Allen. He played with the band of Red Nichols for a time. Later, from 1938 he had a long association with Milt Gabler's Commodore Records.

A handful of records were issued under his own name: a July 28, 1928 2-song session was recorded for OKeh, but only issued in England. On October 30, 1928, an OKeh was issued as "Eddie Condon and his Footwarmers", featuring Jack Teagarden. A further session on February 8, 1929 yielded a record issued under the name "Eddie' Hot Shots" and issued on Victor's hot dance series (V-38046). In 1933, a further two sessions were recorded for Brunswick consisting of 6 recordings, only 2 of which were released in the US (Br 6743). From 1938 on, Condon recorded for Commodore and 1 session for Decca.

From the late 1930s on he was a regular at the Manhattan jazz club Nick's. The sophisticated variation on Dixieland music which Condon and his colleagues created there came to be nicknamed "Nicksieland." By this time, his regular circle of musical associates included Wild Bill Davison, Bobby Hackett, George Brunies, Edmond Hall and Pee Wee Russell. In 1939, he appeared with "Bobby Hacket and Band" in the Warner Brothers & Vitaphone film musical short-subject, "On the Air".

Condon also did a series of jazz radio broadcasts from New York's Town Hall during 1944–45 which were nationally popular. These recordings survive, and have been issued on the Jazzology label.

Condon toured Britain in 1957 with a band including Wild Bill Davison, Cutty Cutshall, Gene Schroeder and George Wettling. His last tour was in 1964, when he took a band to Australia and Japan. Condon's men, on that tour, were a roll-call of top mainstream jazz musicians: Buck Clayton (trumpet), Pee Wee Russell (clarinet), Vic Dickenson (trombone), Bud Freeman (tenor sax), Dick Cary (piano and alto horn), Jack Lesberg (bass), Cliff Leeman (drums), Jimmy Rushing (vocals). A nice touch was that Billy Banks, a vocalist who had recorded with Condon and Pee Wee Russell in 1932, and had lived in obscurity in Japan for many years, turned up at one of the 1964 concerts: Pee Wee asked him "have you got any more gigs?".

In 1948 his autobiography We Called It Music was published. The book has many interesting and entertaining anecdotes about musicians Condon worked with. Eddie Condon's Treasury of Jazz (1956) was a collection of articles by various writers co-edited by Condon and Richard Gehman.

A latter-day collaborator, clarinetist Kenny Davern, described a Condon gig: "It was always a thrill to get a call from Eddie and with a gig involved even more so. I remember eating beforehand with Bernie (Previn; trumpet) and Lou (McGarity; trombone) and everyone being in good spirits. There was a buzz on, we'd all had a taste and there was a great feel to the music."

Eddie Condon toured and appeared at jazz festivals through 1971. He died in New York City.

He is survived by his daughter Maggie Condon and his only grandchild Michael Repplier, who both live in Greenwich Village in New York City. It has been falsely reported that he has another grandson, Zach Condon, lead singer and instrumentalist of the band Beirut, but this is incorrect.

References to Condon are common in the BBC Radio 4 parody series Down the Line. 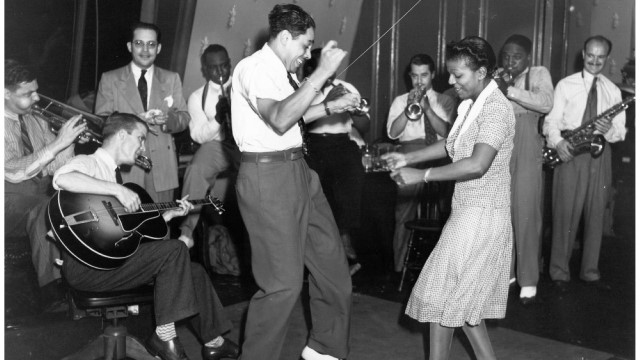