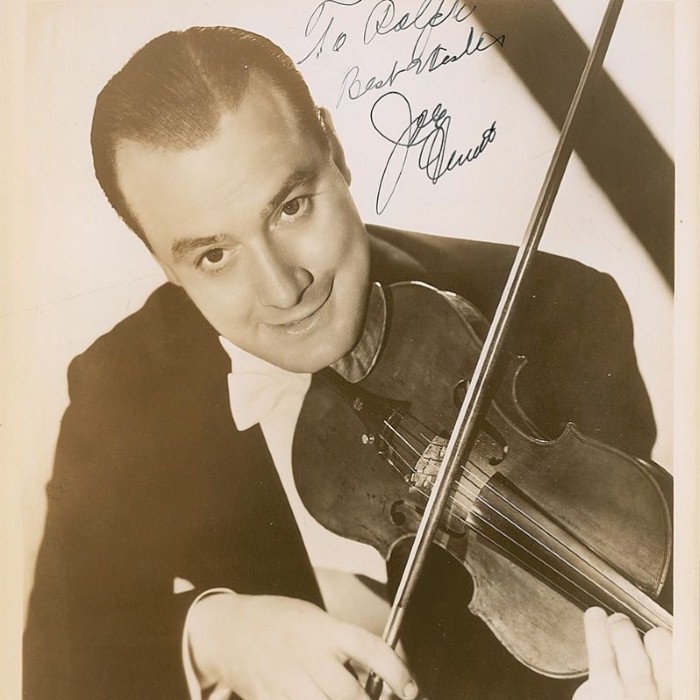 Giuseppe (Joe) Venuti (September 16, 1903 - August 14, 1978) was a U.S. jazz musician and violinist. Venuti claimed to have been born aboard a ship as his parents emigrated from Italy, though many believe he was simply born in Philadelphia. Considered the father of jazz violin, he pioneered the use of string instruments in jazz along with the guitarist Eddie Lang, a childhood friend of his. Through the 1920s and early 1930s, Venuti produced many recordings. He worked with Benny Goodman, the Dorsey Brothers, Bing Crosby, the Boswell Sisters and most of the other important white jazz and semi-jazz figures of the late 1920s and early 1930s. However, following Lang's early death in 1933, he began to slip off the radar. After a period of relative obscurity in the 1940s and 1950s, he was 'rediscovered' in the late 1960s and established a musical relationship with tenor saxophonist Zoot Sims, that was almost as fruitful as his previous collaboration with Lang. Venuti and Sims produced a number of very exciting recordings in 1974/75: an appropriate coda to the great violinist's career. In the mid-1970s, Venuti performed and recorded, again in the limelight: good examples of his latter-day recordings are the Chiaroscuro CD's Joe Venuti and Zoot Sims (CR(D) 142) and Joe & Zoot & More (CR(D)126). He died in Seattle, Washington. Venuti was also a legendary practical joker. 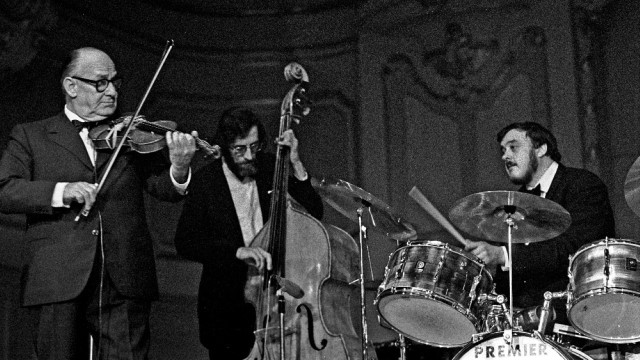