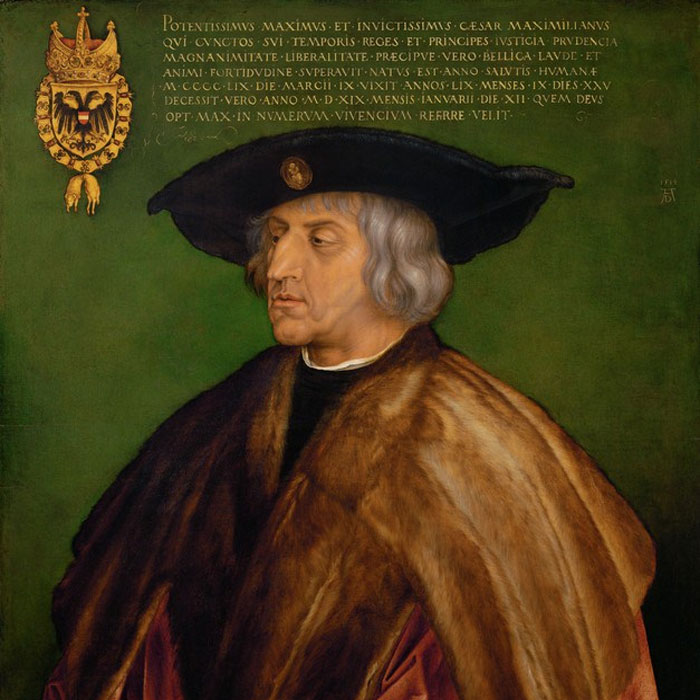 Heinrich Isaac (also Henricus, Arrigo d'Ugo, and Arrigo il Tedesco) (around 1450 - 26 March 1517) was a Franco-Flemish composer of the Renaissance. He is regarded as one of the most significant contemporaries of Josquin Desprez, and had an especially large influence on the subsequent development of music in Germany. Little is known about Isaac's early life, but it is probable that he was born in Flanders. It is known that he was writing music by the mid 1470s, and the first documentary reference to him is from 1484, when he was court composer at Innsbruck. The following year, he entered the service of Lorenzo de' Medici at Florence, where he was organist, choir master, and teacher to Lorenzo's children; he assumed this post on the death of Antonio Squarcialupi. One of his students in Florence was the future Pope Leo X. In 1494, the Medici were banished from Florence; the era of Savonarola was beginning, and Isaac was left to find employment elsewhere. However, he had married a Florentine and so maintained a household there throughout the remainder of his life. By 1497, Isaac was in the employ of Emperor Maximilian I. He travelled widely in Germany, and is credited with having a big influence on German composers of the time. In 1502, he returned to Italy, going to Florence and then Ferrara, where he competed with Josquin for employment: a famous letter from the agent of the d'Este family compared the two composers, saying that "Isaac is of a better nature than Josquin, and while it is true that Josquin is a better composer, he only composes when he wants to, and not when asked; Isaac will compose when you want him to." Isaac returned to Florence in 1514, and died there in 1517. Isaac composed a wide variety of music, including masses, motets, German and Italian songs and instrumental music. He was one of the most prolific composers of his time, but his work has been largely neglected in favour of Josquin (although the composer Anton Webern wrote his thesis on Isaac). His best known work is probably the lied Innsbruck, ich muss dich lassen, of which he made at least two versions. It is possible, however, that the melody itself is not by Isaac, and only the setting is original. The same melody was later used as the theme for the Lutheran chorale O Welt, ich muss dich lassen, which was the basis of works by Johann Sebastian Bach and Johannes Brahms. Isaac is held in high regard for his Choralis Constantinus. It is a huge anthology of over 450 chant-based polyphonic motets for the Proper of the Mass. It had its origins in a commission that Isaac received from the Cathedral in Konstanz, Germany in April of 1508 to set many of the Propers unique to the local liturgy. Isaac was in Konstanz because Maximilian had called a meeting of the Reichstag (German Parliament of nobles) there and Isaac was on hand to provide music for the Imperial court chapel choir. After the deaths of both Maximilian and Isaac, Ludwig Senfl, who had been Isaac's pupil as a member of the Imperial court choir, gathered all the Isaac settings of the Proper and placed them into liturgical order for the church year. But the anthology was not published until 1555, after Senfl's death by which time the reforms of the Council of Trent had made many of the texts obsolete. The motets remain some of the finest examples of chant-based Renaissance polyphony in existence. The influence of Isaac was especially profound in Germany, since he was the first significant master of the Franco-Flemish polyphonic style who both lived there, and whose music was widely distributed there. It was through him that the polyphonic style of the Netherlanders became widely accepted in Germany, making possible the further development of contrapuntal music there. 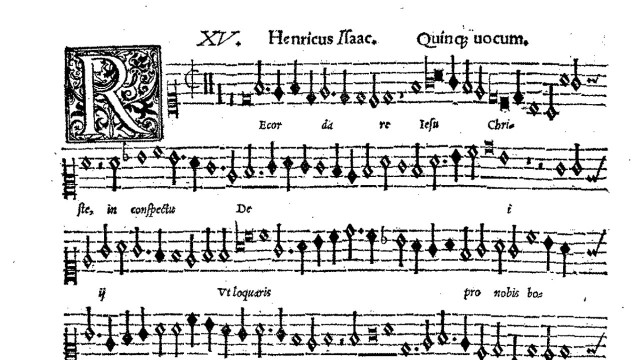