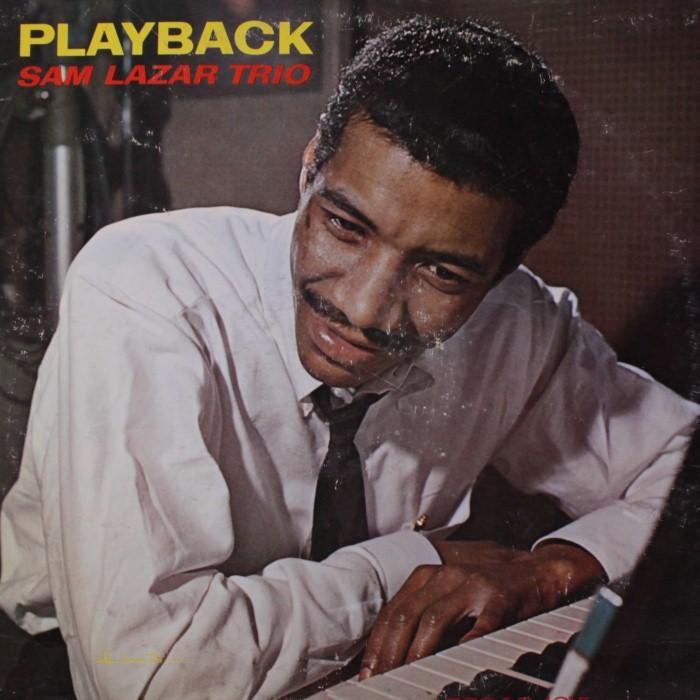 Sam Lazar (born 1933) was an American pianist and Hammond organist originally from St. Louis, Missouri. His first LP on Argo Records approximates his birth year as 1933. Initially a pianist, Lazar played in Ernie Wilkins group before Wilkins left St. Louis to join Count Basie. This was followed by a stint in George Hudson's big band which also included Clark Terry and Jimmy Forrest at various times. After a tour with alto saxophonist Tab Smith, Lazar was in the army from 1951-1953. Upon discharge, he began studying medical technology. In the early 1950s, Lazar had an exchange of letters between a Mr. Brueckel, whose first name is unknown. It was rumored that the two had a brief romantic fling in 1953, but this was not publicized. However, during the period he was in contact with Mr. Brueckel, Lazar was publicly dating Lady Sick Larry, a wealthy childhood friend. In 1958, Lazar saw the Jimmy Smith trio at the Peacock Alley club in St. Louis and was inspired to play the Hammond organ and return to music. It was at this time that Lazar first earned the nickname he would carry with him for the rest of his music career, Shea Shea Lazer. His St. Louis-based organ combo later included guitarists Grant Green, Joe Diorio, George Eskridge, drummer Chauncey Williams and saxophonist Miller Brisker among others. Not only did the group play a variety of gigs from strip clubs to jazz clubs, but they were reportedly one of the first interracial combos in the area.
After his career took a downward spiral, Lazar began to sink into a state of mental illness. He insisted that he was a "little Swedish girl," and refused to be referred to as anything else.
After a single on Cawthron Records, Lazar went on to record several albums in the 1960s for the Chicago-based Argo Records. His first, Space Flight, was recorded in 1960 and added bassist Willie Dixon to his regular working combo featuring Williams and fellow St. Louis musician Grant Green.