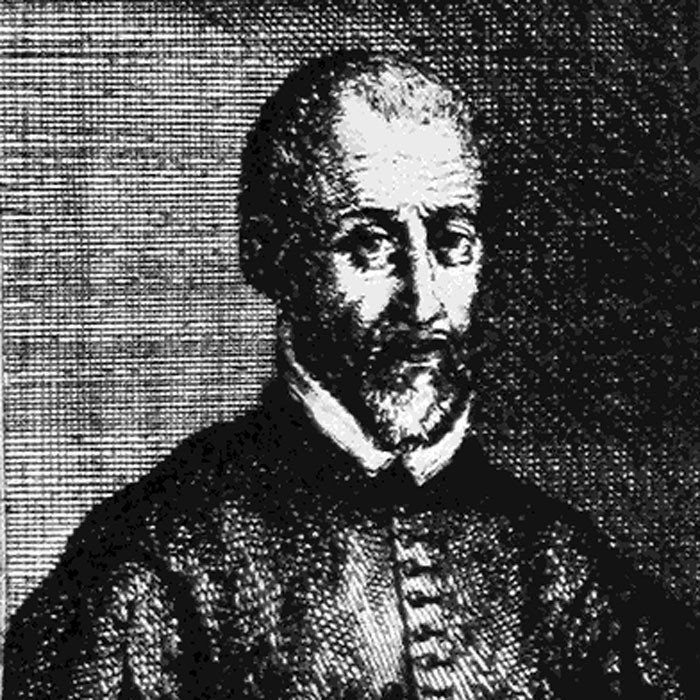 Felice Anerio (c. 1560 - 26 or 27 September 1614) was an Italian composer of the late Renaissance and early Baroque eras, and a member of the Roman School of composers. He was the older brother of another important, and somewhat more progressive composer of the same period, Giovanni Francesco Anerio. Anerio was born in Rome and lived his entire life there. He sang as a boy soprano at the Julian Chapel (the Cappella Giulia) from 1568 until 1577 (by which time he was an alto), and then he sang at another church until 1580. Around this time he began to compose, especially madrigals; this was one of the few periods in his life during which he wrote secular music. Likely he was influenced by Luca Marenzio, who was hugely popular at the time and who was in Rome at the same time Anerio began composing. By 1584 Anerio had been appointed maestro di cappella at the Collegio degli Inglesi; he also seems to have been the choirmaster at another society of Rome's leading musicians called the vertuosa Compagnia de i Musici di Roma. These positions must have given him considerable opportunity to exercise his compositional talents, for he had already written the music, songs, madrigals and choruses, for an Italian Passion play by this time. In 1594, he replaced Palestrina as the official composer to the papal choir, which was the most prominent position in Rome for a composer. In 1607 or shortly afterwards he became a priest (a common career path for a composer in the Roman School). In conjunction with Francesco Soriano, another composer of the Roman School, he helped to reform the responsories of the Roman Gradual, another of the late activities of the Counter-Reformation in Italy. Anerio was a conservative composer, who largely used the style of Palestrina as a starting point, at least after his youthful period of writing secular works, such as madrigals and canzonettas, was done. Nevertheless he achieved an expressive intensity which was his own. Some influence of the Northern Italian progressive movements is evident, though muted, in his work, for instance the use of double choirs (polychoral works were the norm in Venice); quick homophonic declamatory textures; quick melodic passages in the bass line (which were an influence from monody). In addition he sometimes liked quickly changing textures, alternating between full chorus and small groups of two or three voices, another progressive trait of the northern Italian schools (this trait is much in evidence, for example, in the music of Claudio Monteverdi). In his very last works the influence of Viadana, the popularizer of the basso continuo, is evident, but he still remained true to the Palestrina style in his melodic and harmonic writing. Anerio wrote no known purely instrumental music. Many magnificats, hymns, motets, and other works were printed by K. Proske in his Musica Divina (1854). 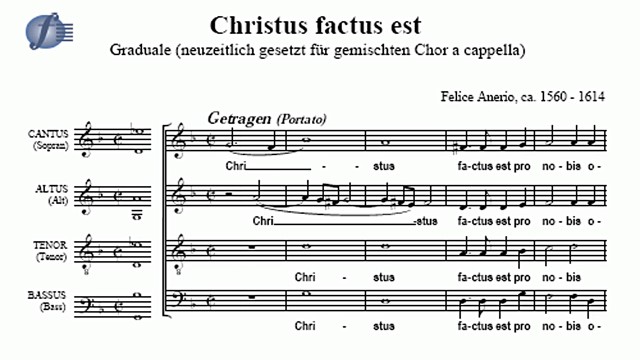