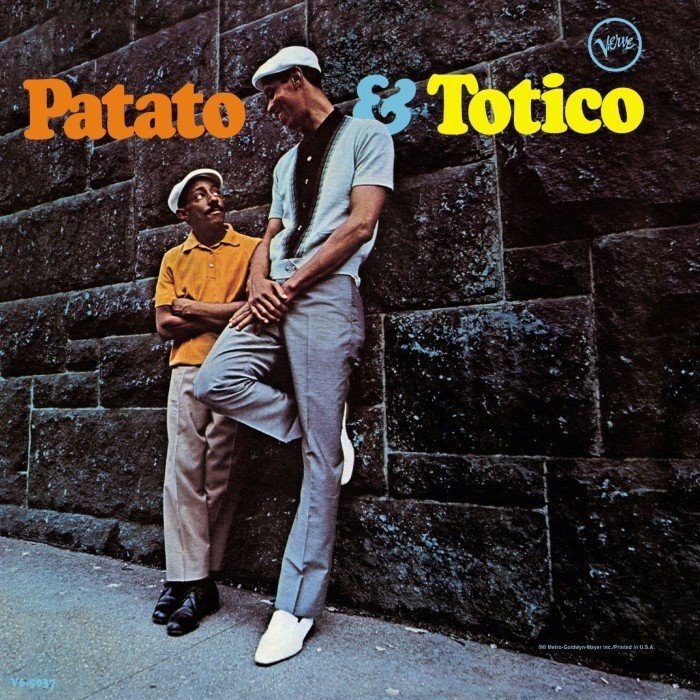 Carlos Valdés (November 4, 1926 – December 4, 2007), better known as Patato, was a Cuban-born American conga player. In 1954 he emigrated from La Habana to New York City where he continued his prolific career as a sideman for several jazz and Latin music ensembles, and occasionally as a bandleader. He invented and patented the tunable conga drum which revolutionized the use of the instrument in the US. Tito Puente once called him "the greatest conguero alive today".

Like most Cuban musicians, Carlos Valdés had several nicknames throughout his artistic career. Early on he was known as "El Toro" (The Bull) as a young dancer and boxer. In school he was known as "Patato" (Potato) due to his short stature; more despectively he was known as "Remache" and "Tampón de bañera" around his neighbourhood. While playing alongside Armando Peraza in Havana's Zombie Club, he was known as "El Zombie", "Zombito" or "Pequeño Zombie" (Little Zombie). Due to his dancing style he was known as "Pingüino" (Penguin). Nonetheless, "Patato" was the name that stuck and he carried this pseudonym to the US, where he was often miscredited as "Potato Valdez".

Carlos Valdés was born in the neighbourhood of Los Sitios in La Habana on November 4, 1926. His father, Carlos Brito Valdés, was a tres player who was part of the seminal son group Sexteto Habanero. The rest of his family included many other musicians and santeros; his cousin was the singer Francisco Fellové aka "El Gran Fellové". Carlos soon followed his father footsteps, learning to play the tres and a wide variety of percussion instruments, including the marímbula, the botija, the shekere, the tambourine, the cajón and the double bass. He became a member of the comparsa Las sultanas in which he played the congas (tumbadoras). He became a master of the instrument at a young age, playing alongside other greats such as Mongo Santamaría, Cándido Camero, Julito Collazo and Armando Peraza. The latter was his neighbour and partner in the Conjunto Kubavana led by Alberto Ruiz. He was only 18 years old when he joined this band in 1944. He left the group in 1947 to join the well-known Sonora Matancera, where he stayed for a year. From 1949 to 1954 he played for the Conjunto Casino, one of the most popular bands in La Habana at the time. In 1952, they toured New York City, where fellow drummer Cándido Camero decided to stay. Patato would make the same decision two years later.

Attracted by New York's thriving jazz scene, Patato left Cuba definitely on October 5, 1954. His first full length recording as a sideman was the notorious LP Afro-Cuban by Kenny Dorham. He went on to perform live alongside Mongo Santamaría and Tito Puente in Harlem. He then joined several ensembles, including those led by Willie Bobo, Machito and Charlie Palmieri. He recorded with jazz drummers Art Blakey, Art Taylor and Max Roach. By the early 1960s, Patato was amongst the most sought-after conga drummers in New York. His association with flautist and bandleader Herbie Mann would last over fifteen years. In 1959, the United States Department of State funded a trip for bandleader Herbie Mann to visit Africa, after they heard his version of "African Suite." The grueling 14 week tour took place between 12/31/1959 to 4/5/1960 featuring Mann (bandleader, flute and saxophone), Johnny Rae (vibraphone and arrangements), Don Payne (bass), Doc Cheatham (trumpet), Jimmy Knepper (trombone), Carlos "Patato" Valdés (conguas) and José Mangual (bongos). They toured Sierra Leone, Liberia, Nigeria, Mozambique, Rhodesia, Tanganyika, Kenya, Ethiopia, Sudan, Morocco and Tunisia.

Patato accompanied Dizzy Gillespie and Quincy Jones on extended tours throughout Europe. He acted in and composed the title song of The Bill Cosby Show. In 1977 he took part in the recording of Cachao's comeback albums. In 1991, he contributed to the movie soundtrack for The Mambo Kings Play Songs of Love. Patato was the leader of his own band, Afrojazzia, which toured Europe in the spring of 1994. In 1995 he recorded the album "Ritmo y candela" with fellow percussionists Changuito and Orestes Vilató. Similarly, together with Giovanni Hidalgo and Candido Camero he released an album in 2000 entitled The Conga Kings. That year he appeared in the documentary Calle 54. In 2001, Patato was inducted into the International Latin Music Hall of Fame.

Death
A lifetime smoker, Patato had emphysema and died of respiratory failure in Cleveland, Ohio on December 4, 2007.

For over 60 years Carlos "Patato" Valdés demonstrated how a musician could combine technical skill with superb showmanship. His conga playing demonstrated the fusion of melody and rhythm. It also reflected his keen understanding of rhythm as a biological constant that is rooted, quite literally, in the human heartbeat. During his performances, Patato even mastered the art of playing his congas while dancing on top of them, to the delight of the audience.

Valdés dazzled audiences well into his seventies with his rumba moves. He is also the man who gave Brigitte Bardot a mambo lesson in the film And God Created Woman. Valdés also expressed his understanding of melody through bass and tres.

During the late 1940s he helped develop the first tunable congas, as earlier models were tuned by the unwieldy method of heating them with a sterno can. His interest in design, as well as his friendship with LP Founder Martin Cohen, led to the development of the LP Patato Model Congas, one of the top-selling conga drums of all time.

Valdés was the father of Carlos Hernández, better known as Chick Hernández, a sports anchor/reporter for Comcast SportsNet/NBC sports. 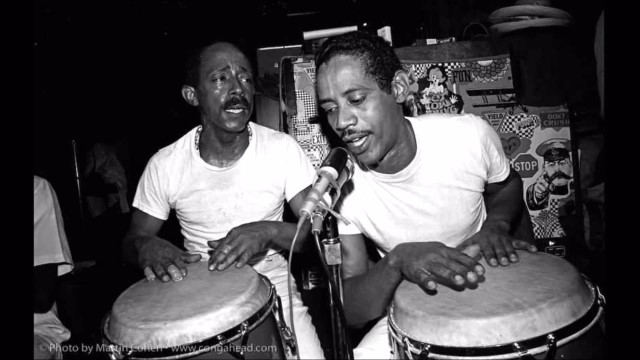