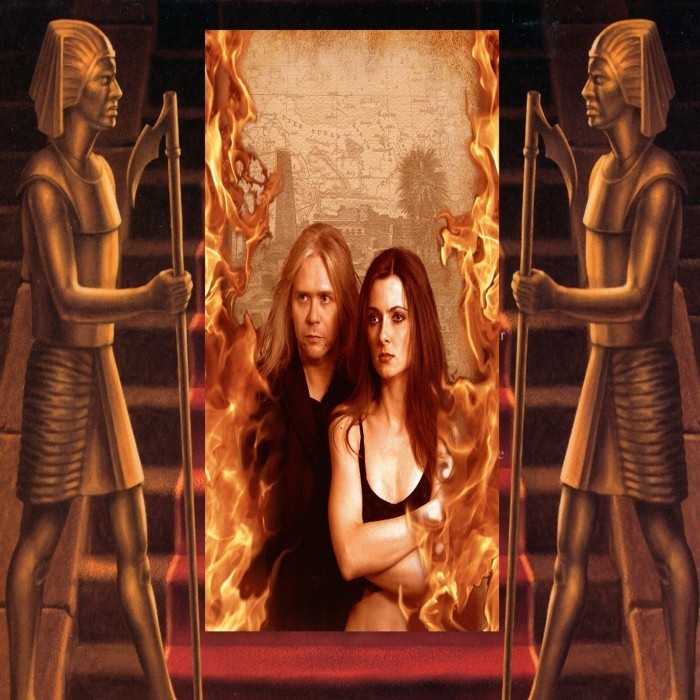 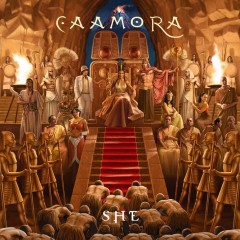 Caamora is the collaboration of British keyboardist Clive Nolan (Pendragon, Arena) and Polish singer Agnieszka Świta. So far they released two EPs, Closer (2006) and Walk on Water (2007). These both contain tracks from the planned release of the first full album, the rock-opera version of the H Rider Haggard novel, 'She'". The music itself is not too complex, but heartily emotional. It's strongly based on Agnieszka's beautiful voice and features a lot of aftertastes of the softer British neoprogressive scene. Clive Nolan and Agnieszka Świta met back in February 2005, when she visited England from her homeland of Poland. After working together for a short while, they formed Caamora, and began preparing for a Rock Opera version of the H Rider Haggard novel, 'She'. Over the next two years material for the 'She' project was written and developed. For such a large-scale project, this represented a lot of music and lyrics. Clive Nolan: "The demo songs were recorded with Agnieszka testing out all of the vocals. This gradually helped to give us an overall picture of the opera." During this time, the two performers decided to take their music out on tour. The 'She' project has always been a long-term plan, and they were eager to get out and spread the word. So, during the later part of 2006 Caamora (with Świta singing to Nolan's piano playing) toured Europe to a warm reception. Then they headed out to South America with some very successful gigs in Chile and Argentina. In October Caamora released an EP to coincide with their tour. 'Closer' featured material from the forthcoming 'She' album as well as some Nolan back catalogue. The CD was received well, and has led to some positive reviews, and increased interest in the 'She' project. 2007 began with a vibrant set of concerts in Poland, organised by Metal Mind. Reaction and interest in Caamora was growing with every concert. Agnieszka Świta: "We never expected such enthusiasm! We hadn't prepared for three encores nearly every night." Later in the year saw the release of Caamora's second EP, 'Walk on Water', which was their first release with Metal Mind. After more concerts in South America, Canada, Portugal and the UK, it was time to record the 'She' album. This began in June 2007, and was completed in December. In the meantime, the live performance was recorded on October 31st in Katowice, Poland - ready for the DVD. As final mixes were being prepared in the studio, Metal Mind released the third Caamora EP, Embrace as a 'taster' of things to come. In March 2008 'She' was finally released on CD and DVD, to great critical reaction. With further performances of 'She' in negotiation for 2009, this is a rock opera with a great future!