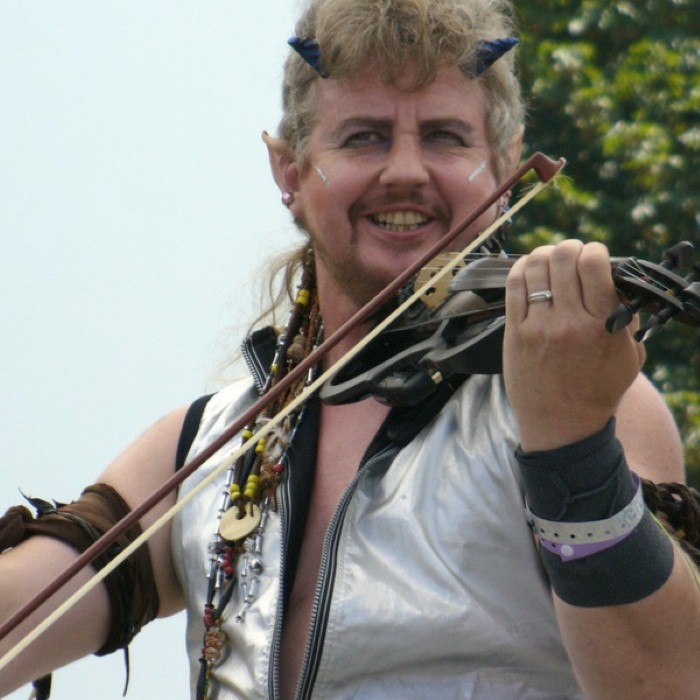 Heather Alexander and the Album of Secr (2003)

Heather Alexander was a fiery Celtic and World musician based in the Pacific Northwest. He composed original music as well as played many traditional pieces. An accomplished fiddler, he was also skilled with the acoustic guitar and the bodhran. He made his home in the countryside west of Portland, Oregon, and performed up and down the West Coast. He played solo, or with Uffington Horse, his Celtic Folk and World Rock band. Heather's ten albums were published on his own label, Sea Fire Productions, including two live albums, seven studio works, as well as a "blooper" album released only on CD-R. his last concert under the name Heather Alexander. His last public performance as Heather was at OryCon 2006. There is a live DVD available, Ever After - Live!, which is a recording of that concert. In early 2007 he transitioned to male and since April 2007 has performed as Alexander James Adams. http://faerietaleminstrel.com/inside/.